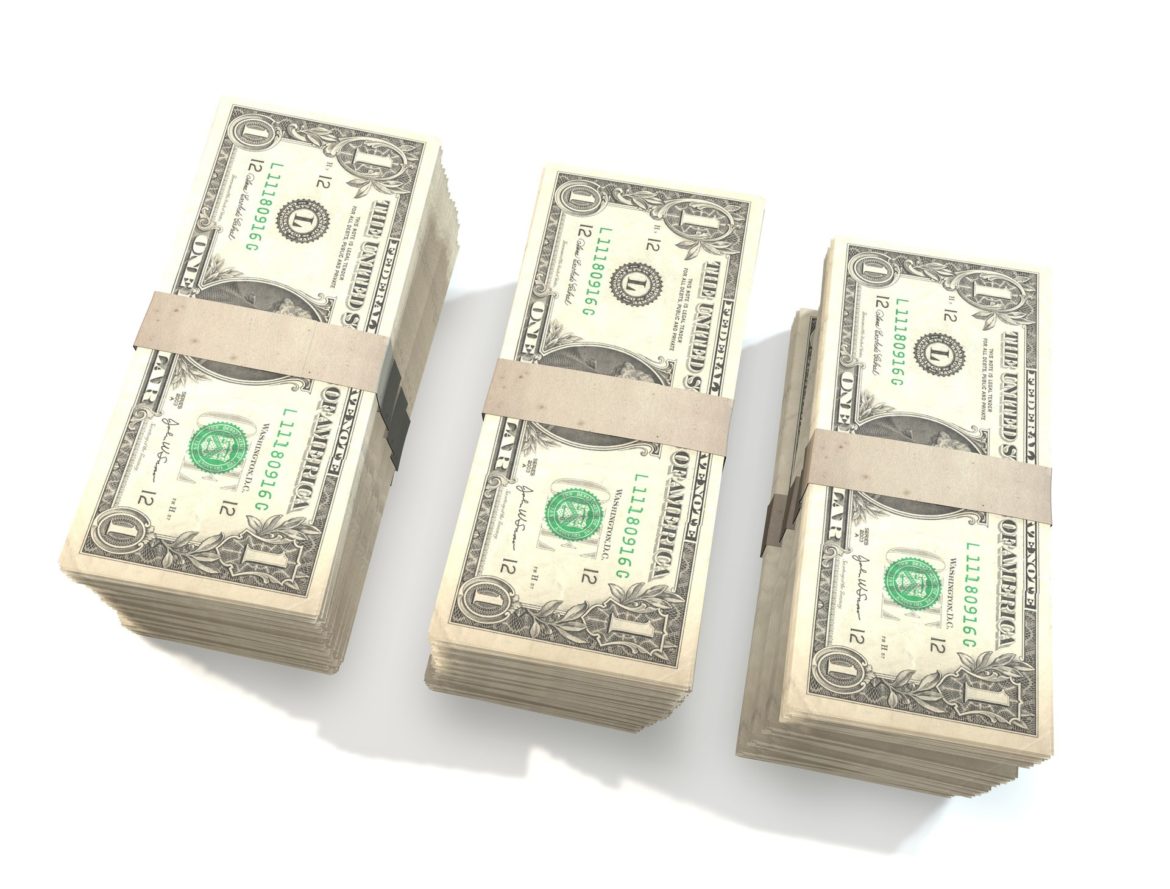 Public television’s recent focus on sustaining members is paying off — for now.

While public radio has spent years acquiring and retaining ongoing monthly memberships, TV stations only began seriously courting such donors recently. They’ve been making headway: Sustainers’ portion of overall donors in membership files at 150 TV stations and joint licensees increased over the past three years, from 10 percent to 26 percent, according to the Contributor Development Partnership, the best-practices project backed by the Major Market Group based at WGBH. Though that includes some public radio donor data, the increase can be credited in large part to TV stations, said Michal Heiplik, executive director.

From 2011 to 2015, the median number of sustainers at 43 TV stations rose from 672 to 6,025. The stations are clients of Target Analytics, a division of fundraising researcher Blackbaud.

But the growth may be slowing. Some TV stations continue to battle the popularity of transactional pledge and its focus on thank-you gifts. Donors may still confuse a sustaining membership, which continues indefinitely, with a yearlong installment plan, and request to end donations after that point. Smaller stations with fewer resources continue to face challenges in prioritizing sustainer work.

Of the stations that CDP tracks, “we used to be able to retain 90 percent of sustainers by month 13; that number in the first quarter of this year is at 83 percent,” said Heiplik. The drop-off began last year, he said.

The Target data, presented earlier this month at the Public Media Development and Marketing Conference in Boston, came from stations of various sizes and licensees. It covers 1.9 million donors and $254 million in donor revenue from 2011–15.

As sustaining gifts grew during that period, from 3 percent to 19 percent, the median number of single gifts dropped from 28,723 to 23,127. Single gifts fell from 96 percent of total donors to 79 percent.

Thirty-two of Target’s client stations experienced increases in sustainer revenue of up to 57 percent. Sustainer dollars at those stations during the period grew from $104,099 in 2011 to $954,330 in 2015.

A big part of that bump occurred after PBS inserted messages specifically targeting sustainers into national pledge programming in 2013. According to Target, sustainer gifts grew from 7 percent of all gifts that year to 21 percent in 2014.

PBS data reflect an upward trend as well. Since the introduction of sustainer messaging in pledge breaks, “stations have seen a significant increase in the number of sustaining memberships,” said Jan McNamara, PBS spokesperson. “In the March and June 2016 drives, there was an average 50 percent growth in sustaining donations compared with the previous year,” according to station-reported drive results.

Another factor is PBS’s Passport, the members-only streaming service that launched in January. For a minimum station donation of $60 — which can be made as a $5-a-month sustainer — members get access to an online trove of public TV programming.

In the months following Passport’s launch, McNamara said, around 70 percent of donations to the Passport stations that PBS can provide data for — about half of the 111 stations that offer the benefit — came from new sustaining members.

About 50 percent of Passport members at Twin Cities PBS in St. Paul, Minn., are sustainers. “The Netflix and Hulu mentality” of paying a set fee per month is probably driving that popularity, said David Preston, vice president of membership.

The view from three stations

About 23 percent of the station’s 2,200 members are sustainers, and that’s growing.

At WTCI in Chattanooga, Tenn., President Paul Grove is striving for “a consistent message across all platforms” for sustainers. (Photo: WTCI)

“For us, I believe the key is striving to educate members on what ‘sustaining’ means, really emphasizing it does not mean an installment plan,” Grove said, “and that this is a way for members to support the broader work of their community PBS station,” which includes candidate debates, media partnerships, education initiatives and engagement programs.

“Retention of those donors around month 12 and 13 really falls off,” said Deb Ashmore, a senior fundraising analyst at Target, who presented the findings at PMDMC. “What that indicates is, a lot of donors are looking at a sustainer commitment as an installment that ends.”

At WTCI “I think the key is, a consistent message across all platforms,” Grove said. From direct mail to pledge to online, “we are constantly sharing exactly what being a sustaining member means.”

Grove added that the audience seems “very receptive to giving small amounts” as sustainers, perhaps because a significant part of the population is medium- or low-income households.

At Basin PBS in Odessa, Texas, Development Director Donna Robertson couldn’t pause to chat one recent afternoon. “She’s knee-deep in getting out a pledge mailing,” GM Carla Anne Holeva said. The station has some 600 members spread across multiple counties in the oil fields of west-central Texas, and an annual budget around $1.4 million.

The g.m. knew that public radio is ahead of TV in sustainer work, so she believed the staff could learn something from West Texas Public Radio, 170 miles away in Marfa. The two stations began sharing a new membership staffer this month, with support from a grant from the Midland-based Abell-Hanger Foundation, which “wanted to see how we could collaborate and save costs while still meeting our missions,” Holeva said.

Holeva said she hopes her development director, who signed on in January, and the new membership staffer will help the station boost its share of sustainers, now about 11 percent.

Sustainers remain a challenge to Rhode Island PBS, which has only 233 sustaining donors in its 6,500-member file. “We are looking to increase that number, oh yeah,” said Dave Piccerelli, president.

An annoyed member’s call prompted the station to begin offering sustaining memberships several years ago. “Stop sending me mail!” the member said, and asked why the station didn’t have a way to contribute automatically each month.

“But it all comes back to transactional pledge,” Piccerelli said. “There’s still a good portion of our membership looking for that concert ticket or book or DVD, not necessarily supporting the mission of the station.”

While stations work to hone sustainer approaches, growth appears to be slowing. While CDP routinely saw quarterly growth between 10 percent and 20 percent, the first quarter of this year was only up 3 percent. “This is concerning to me, as the natural attrition of sustainers, 1 percent to 2 percent per month, could outstrip the growth,” Heiplik said.

“Not enough focus is placed on converting existing donors into sustainers,” Heiplik said.

Target data indicate that pledge remains the best way to achieve that conversion. In 2015, 65 percent of new single-gift donors acquired through pledge were converted to sustainers that same year. Direct mail converted 6 percent of donors.

Twin Cities PBS has been “really moving people to electronic funds transfer” over the past couple years, Preston said. Now nearly 20,000 members are EFT sustainers, with 14,000 others still on credit cards.

Behind the scenes, staff burnout is also taking a toll. Barbara Appleby of Appleby Arganbright, a public media fundraising consultancy that has long trumpeted the benefits of sustainers, said that while most public TV stations have been pushing for sustainers for four years, “some stations we work with are on their third membership director.”

“Retaining talent is huge,” Appleby said. “It’s a big learning curve for TV,” she said, especially with joint licensees that have many pledge drives both mornings and evenings. By the time a membership director gets up to speed on sustainer work, “they’re gone.”

In a survey for attendees of its session at PMDMC, Appleby Arganbright found that many membership directors can’t fully concentrate on sustainers because pressing daily matters need their attention. Some need better software, or their stations can’t accept EFT contributions.

However, “those who are laser-beam focused on increasing sustainers in their shop end up doing just that,” said Valerie Arganbright, Appleby’s consulting partner.

Stations continue to develop best practices around sustainer work. “I get asked the percentage question a lot,” said Ashmore of Target Analytics: What portion of a membership file should be sustainers?

“What I advise stations is, set incremental goals,” she said. “Then, if you do have a substantial share of sustainers and your program is chugging along, move into what I call ‘2.0 sustainer mode.’” Upgrade sustainers by asking for additional gifts; make a push to re-up lapsed sustainers.

Heiplik remains optimistic. “The overall focus on sustainers has been remarkable,” he said. “A couple years ago this was only a small part of many programs, especially TV. It has become a much more significant part.”