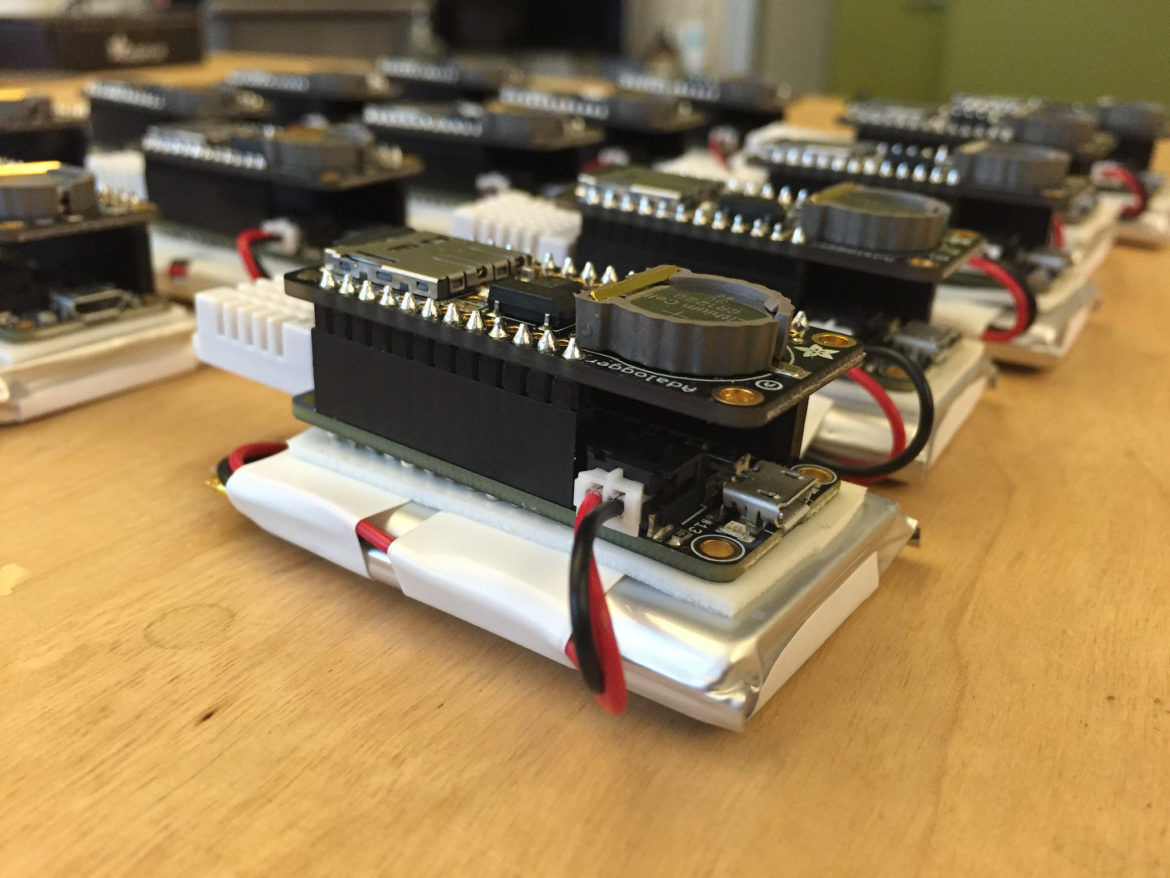 The sensors WNYC will deploy in Harlem monitor temperature and humidity. (Photo: John Keefe via WNYC)

WNYC News is embarking on another sensor journalism project, this time to study the effects of heat stress in Harlem.

Partnering with the AdaptNY news service and the climate-reporting project iSeeChange, WNYC launched the Harlem Heat Project Wednesday. WNYC’s Data News team will build up to 60 sensors that will monitor temperature and humidity inside homes and apartments in Harlem. The study will begin with 15 sensors and continue through September.

Heat-related health problems are especially pertinent in the Harlem community, according to WNYC reporter Matthew Schuerman, who helped organize the collaboration. Central Harlem is among New York City’s most heat-vulnerable neighborhoods, according to a 2015 study by the Building Energy Exchange.

The asphalt, brick and concrete surfaces that make up the neighborhood trap heat, creating a “heat island effect,” a phenomenon in which some areas within a region are hotter than than their surroundings because of differences in topography and vegetation. According to AdaptNY, Harlem is one of the biggest heat islands in New York City.

Each sensors for the heat project costs about $55. John Keefe, WNYC’s senior editor for data news, is developing a new sensor that would be able to text an alert when the detected temperature becomes dangerously high. This sensor would cost about twice as much.

“It won’t work like an emergency alert system, but it could be an option for developing a community network in which people can watch out for each other,” said Keefe.

Schuerman and Keefe met Saturday with 15 volunteers recruited by a community organization, WE ACT for Environmental Justice. The volunteers, or “ambassadors,” were trained to install sensors in their friends’ and relatives’ apartments. After installation, the volunteers will return twice a week to collect data from the sensors and check on residents.

WNYC will share the data with listeners throughout the collection process. “We want to be updating this data for everyone to see throughout the summer as close to real-time as possible,” said Keefe.

After collecting and analyzing the data, WNYC and its partners will hold a meeting in the fall to focus on solutions to heat-caused health problems in Harlem.

WNYC has previously experimented with using sensors to track cicadas, the noisy insects that rise from below ground along the Eastern seaboard every 17 years to reproduce. Keefe built a prototype and worked with the staff of WNYC’s Radiolab to ask listeners to build sensors and share data. Over 800 listeners joined the effort, with some even advising Keefe about how to lower the cost of making sensors.

Keefe and Schuerman both are optimistic about the future of sensor journalism. “The more people see what’s possible in terms of sensors, the more it will come together,” said Keefe.

“As parts have become way less expensive and the number of people out there that are tinkering has increased, I think it will continue to grow and improve.”