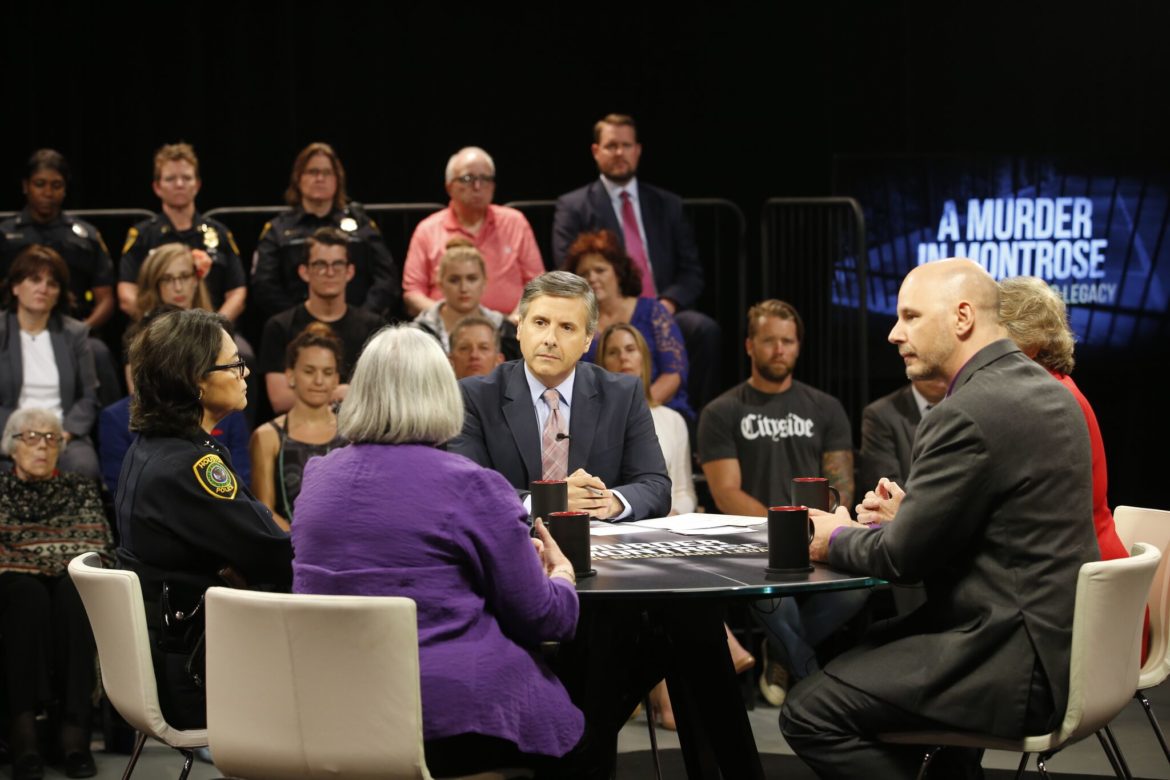 A multiplatform project by Houston Public Media explores the aftermath of a hate crime against the city’s gay community 25 years after it occurred.

HPM embarked on the project after the conclusion of Manor of Speaking, a popular TV talk show about Downton Abbey. That freed the station to take on a new effort.

“We made the decision we were going to go in the direction of specials that had big community impact,” said GM Lisa Shumate. “The issues facing our society are complex and worthy of deep dives, and we wanted to take a topic and do it justice by going deep.”

Supported by the Debbie Wernet Charitable Fund, the project’s main component is A Murder in Montrose: The Paul Broussard Legacy, a documentary that examines the growth of community activism following the 1991 murder of 27-year-old banker Paul Broussard.  Broussard was beaten and stabbed by a gang of young men outside a bar in Houston’s Montrose neighborhood, an area well-known at the time for its large gay population.

“People all think this documentary is going to be a true-crime–type thing,” said Ernie Manouse, a producer for the station and senior producer of the documentary. “Our story was about a crime that happened but also about the story that does not get told — the story about how the community reacted and how both gay and straight communities came together.”

Shortly after the murder, the activist group Queer Nation organized a “Take Back the Streets” march that brought out over 2,000 people, many straight. The march stopped traffic at a major intersection in the Montrose neighborhood, captured media attention and ignited a movement for greater protection of LGBT people.

In order to cover the full breadth of the topic, Manouse knew from the beginning that he wanted to enhance the storytelling by using a variety platforms. The collaboration also includes an interactive website with video extras and related news stories. HPM also asked viewers to share their stories on Twitter with the hashtag #Montrose1991.

HPM’s radio reporters used the Public Insight Network to gather stories from the community in the weeks leading up to the documentary’s premiere during Houston Pride Week June 28.

“I think it’s important to give each individual unit of the organization the opportunity to have its own voice heard,” said Manouse. “I think the biggest problem with cross-platform projects is that people think in terms of repurposing the same content. We didn’t want to do that. We wanted each platform to tell elements of the story in a unique way.”

“We didn’t want to just open the wound of this horrible crime that happened, so we created the town hall to be a part of the healing,” said Manouse. The town hall took place shortly after the shooting in Orlando in which a gunman killed 49 people at a gay nightclub. That event brought relevance to the issues discussed at the town hall, Manouse said, highlighting the persistence of homophobia.

NETA provided a 30-minute and 90-minute version of the special to stations July 9. The full-length 90-minute special can also be seen on the project’s website.