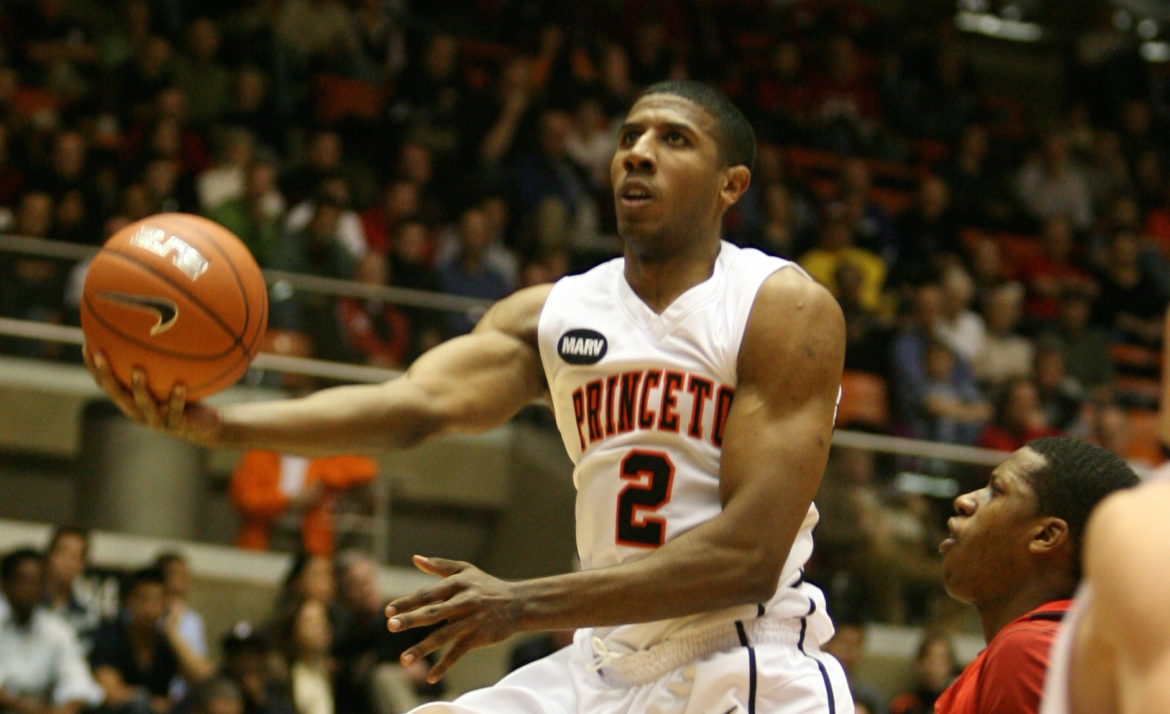 Maddox was a standout forward at Princeton University before playing two seasons of professional basketball and working in public radio. (Photo: Princeton/Beverly Schaefer)

Public radio talent has been leaving the system for the likes of Gimlet and Audible, but KUNC in Greeley, Colo., has lost a local host to professional basketball — in Poland.

Local All Things Considered host Kareem Maddox will leave next month for Eastern Europe, where he will play for Miasto Szkla Krosno. The team was promoted to Poland’s top division for the upcoming season.

Maddox, 26, got his start in public radio by volunteering at KCRW in Santa Monica, Calif., after spending two seasons playing professional basketball in Holland and the United Kingdom. He “fell into” public radio, he said, but “grew to love it” and began pursuing full-time positions in the field.

Maddox behind the mic at KUNC. (Photo: Michael de Yoanna)

He worked as an assistant producer at KCRW and as a producer for Colorado Public Radio’s Colorado Matters public affairs show. In April, he reached his goal of getting on the air when he was hired as KUNC’s local ATC host.

But the former Princeton standout forward who as a senior lead his team to the 2011 NCAA tournament, where they nearly upset Kentucky, never quit playing basketball.

“At a certain point my game changed, my game has improved” from coaching and watching more basketball, he said. Earlier this summer, he played in a showcase event in Las Vegas, which he estimates scouts from about 50 overseas teams attended.

“I just played really well” at the showcase, he said. “It was surprising for people.” Out of that event he had a “couple offers” and decided to make the move back to basketball.

“I know I have the ability, but at the same time … getting back in shape is no insignificant feat,” he said.

Maddox would like to continue playing basketball professionally “until the wheels fall off,” he said. But he also wants to keep using his public radio skills. Playing basketball overseas involves a lot of downtime, he said. During his previous stint, he learned languages, read a lot of books and watched all of Game of Thrones. This time, he plans to start a podcast.

He has two ideas. One podcast, inspired by Rick Steves and Anthony Bourdain, would chronicle  his travels throughout Poland. The other would look at comebacks, incorporating the story of his own return to basketball and featuring other guests with comeback stories.

“It’s pretty rare that someone takes three years off a professional sport and comes back,” he said. Maddox said he would use his story as a “through line” to focus on individuals such as a veteran returning home from service or a recovering drug addict.