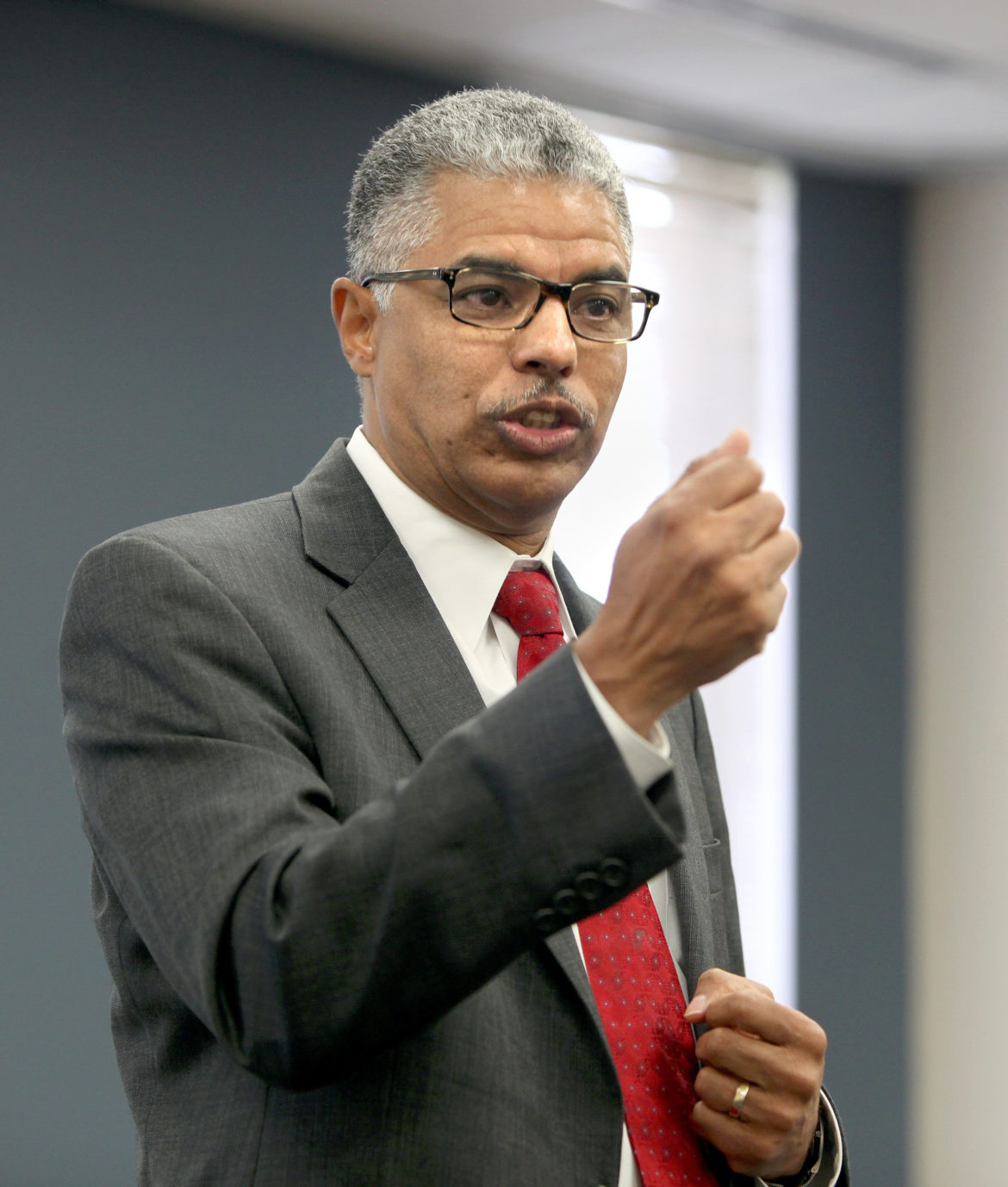 Sitting around a small conference table one January afternoon in 2014, a small group of NPR leaders and researchers looked through a stack of charts and graphs. It was, for some, the first time they’d seen data laying out the race, ethnicity, gender and geographic location of our sources. And the data was startling.

We’d launched this research in 2013 to help NPR, as one news leader put it, “look and sound like America.” The quiet gasps and slowly shaking heads around the table that day would tell you that the numbers bore little resemblance to America. Our sources were overwhelmingly male. Disproportionately white. Dominated by the east and west coasts. Even for people who shared the lament that public radio has a diversity problem, the numbers were surprising.

Today the attention we’ve paid to the people in our stories and interviews has paid off big in some places, inspired newsrooms across the country to do their own research and exposed the complexity of public radio’s challenge. We know now that we can do something to increase the diversity of our sources. But if we in public radio are to live up to the “public” part of our mission, we’ll have to change more than just the people we interview.

Consider these contrasting numbers: In 2013, 5 percent of NPR’s sources on Morning Edition and All Things Considered were black. By the end of 2015, black people were 11 percent of the sources heard on the newsmagazines. Three years ago, 18 percent of our subject-matter experts were people of color. In 2015 that number climbed to 25 percent. The dominance of our sources from Washington, D.C., dropped from 27 percent of the total in 2013 to 20 percent last year.

Those improvements were helped along by some of the big news stories of 2015; these stories pushed coverage into the country’s interior and brought more black people — experts and otherwise — into the news. We also benefited from a concerted effort since 2014 to experiment across the NPR newsroom with new ways of getting voices of people of color and white women on the air. That’s the good news.

There is also this discouraging finding: We hadn’t improved at all when it came to including women and Latinos. The percentage of Latino sources remained flat at 6 percent from 2013 to 2015. For women, the change was statistically insignificant: from 28 percent of sources in 2013 to 30 percent two years later. In some areas of coverage — business and the environment, for example — the numbers by race and gender were even worse.

When we covered education, faith, health or books in 2015, we had many more female sources. And there was much greater racial and ethnic diversity in stories about race, faith and health. Most of those categories, though, accounted for tiny slices of all coverage. Where we spent the bulk of our time — covering government, politics and economics — our sources were far less diverse.

It’s not just about staffing

The more I’ve delved into this data and talked with my colleagues at NPR, the more I’m driven to this conclusion: We’ve structured ourselves into a problem with systems and habits, and we’ve been trying to solve it with projects and initiatives. We’ll no doubt make some progress that way, but this big ideal of looking and sounding like America? That will elude us until we’re ready to make more substantive changes.

Whom we hire, what we cover and how we think about expertise are all driving whom we choose for our stories and two-ways. Part of the solution lies with each of those factors.

Staffing is impactful, yes, but it’s also not the great equalizer. Our news staff is half women, but women are consistently less than one-third of our sources. That’s where our systems and habits meet a segmented and segregated society.

So many of the things we cover in public radio, from politics and government to science and the arts, are dominated by men, by white people, by narrow geographic swaths of the country or the community. In public radio we’re partial to expert sources who come from academia, politics, business and, often, journalism — some of the least diverse professions around. Four of every five NPR sources fell into one of those categories last year. With that structural basis for coverage, the deck is stacked against white women and people of color before the first guest is booked.

Presented with this data, a lot of journalists have explained that, under the pressure of deadline, people just resort to the usual suspects. You know who they are. They’re the tried-and-true people who know something about the topic, speak in clear, pithy sentences and answer the phone when you call. No doubt deadlines are an obstacle as we try to bring in more voices. But we did, after all, find those usual suspects in the first place. We created this problem on deadline, and we don’t have to stop the clocks to solve it.

For its ongoing coverage of transportation issues in Connecticut, WNPR has sought out sources who are both racially diverse and rely on different forms of transportation. Cyclist Tenaya Taylor talked about her commute to work. (Photo: Ryan Caron King)

As some of my colleagues have pointed out, it’s also true that a lot of sourcing is baked into the stories we tell. Cover national security and you talk to the experts in that field — and you don’t control their race or gender. Cover Capitol Hill and the makeup of your sources will look a lot like the makeup of Congress. It’s the same for a local school board, mayor’s office or state legislature. Those are clear obstacles to source diversity.

Here is one final overriding truth: The America we serve is half female. It’s 17 percent Latino. It’s all of the states, counties, parishes and neighborhoods that lie between the Atlantic and the Pacific oceans. They’re all part of the “public” in public radio. To get to them we don’t have to institute a wholesale restructuring of beats, transform the workforce overnight or artificially shoehorn people into stories because they are, say, female or Latino. If we accept that there is true journalistic and public service value in changing our numbers, we can take a few steps now:

We launched this sourcing work by counting. As we’ve shared the results of NPR’s research with member stations the past three years, newsrooms including those at Wisconsin Public Radio; WNPR in Hartford, Conn.; WFAE in Charlotte, N.C.; Oregon Public Broadcasting; KCUR in Kansas City, Mo.; Minnesota Public Radio; and KUT in Austin, Texas, have each created their own sourcing efforts. For all of us, it’s a start.

Our aspirations for service are embedded in our name and, for most of us, belied by the voices on our air. This diversity deficit may be a complex problem, but the path to solving it is pretty clear: Find out how we’re doing, figure out why it’s turning out that way and do something bold to change it.

Keith Woods is v.p. of diversity in news and operations at NPR and co-editor of The Authentic Voice: The Best Reporting on Race and Ethnicity, published by Columbia University Press in 2006.