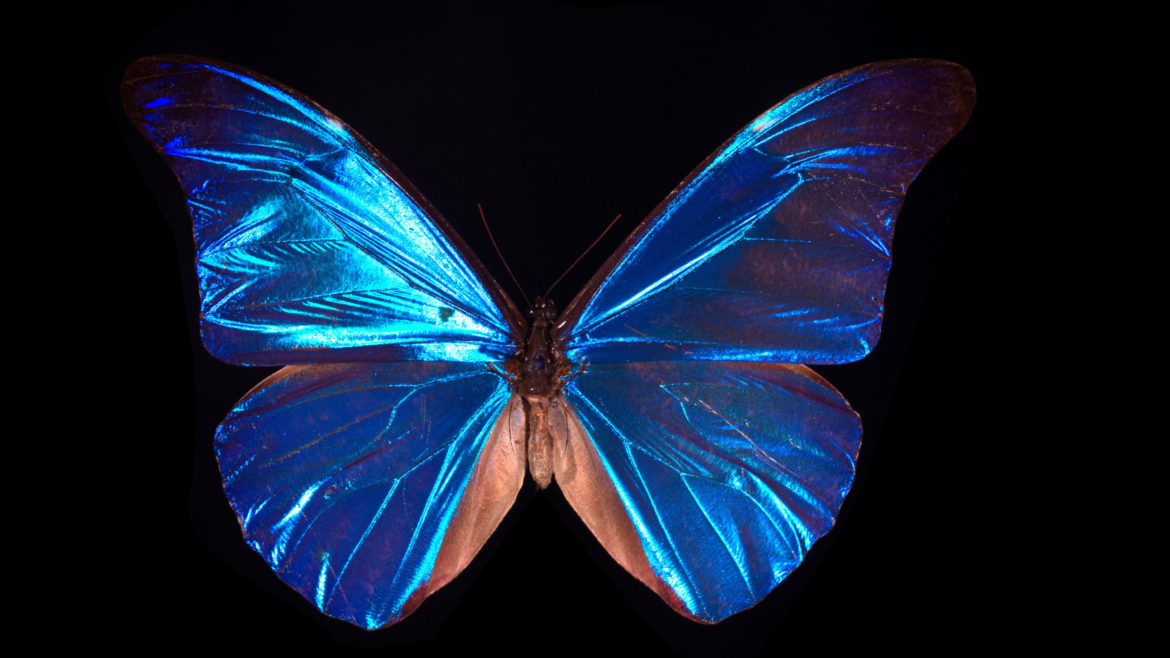 PBS Digital Studios is aiming to boost the number of member station videos on its channels over the next year, though it is coping with a slowly dwindling budget.

PBSDS is searching for a way to support itself as it trains stations to create web-first content that builds important inroads to younger audiences. Digital projects have helped several stations make those essential connections and unexpectedly changed how they produce content.

PBSDS produces, hosts and distributes more than 50 web series, specifically with the aim of connecting with younger viewers. Numbers show its success: The channels have over 8 million subscribers. According to YouTube, more than 80 percent of PBSDS’s audience is under age 35; almost half is under 25. The median age of a PBS prime-time viewer is 65.

To draw more of those younger viewers directly to stations, the PBS draft budget for FY17 calls on Digital Studios to grow the amount of member station productions to 50 percent of PBSDS’s active slate.

The Anne Ray Charitable Trust has provided the studios’ sole financial support for six years. But that support has dipped over the past year, according to PBS budget documents; in fiscal 2017, it will decrease by another $700,000.

“In a similar way to how we’re experimenting with content and engagement, we want to experiment with a sustainability model.”

The multiyear grant was frontloaded to taper off over several years “to ensure that the project leaders would find additional means to sustain the Digital Studios work,” said Jan McNamara, PBS spokesperson. She declined to provide specific budget numbers for PBSDS.

The Anne Ray support continues for the next fiscal year, “but we can’t assume that will be around forever,” said Don Wilcox, digital marketing and services v.p. He said the studios will also receive a “relatively small investment” from PBS in FY17. PBSDS will cut back on direct station grants to focus on training, he said.

“In a similar way to how we’re experimenting with content and engagement,” Wilcox said, “we want to experiment with a sustainability model,” such as corporate sponsorships.

PBSDS is also gearing up for a test of Patreon, a crowdfunding platform popular with YouTube creators that allows fans to support favorites producers with recurring donations.

Crowdfunding campaigns on platforms such as Kickstarter or Indiegogo “are one and done,” Wilcox said. “Patreon enables YouTube creators to activate their communities on an ongoing basis. We think that’s very interesting.”

Wilcox hopes to involve a small group of member stations, perhaps up to four, in the Patreon test. They might identify specific projects to fund through the site or see whether established shows can pay for new seasons.

However digital work is paid for, the content is vital to PBS’s future as younger viewers continue to favor platforms other than traditional over-the-air television, Wilcox said. PBSDS “works to make PBS relevant to a swath of the American public that doesn’t reach us on a consistent basis,” he said.

“It can be hard to convert a digital native into a terrestrial consumer,” Wilcox added. “We’ve found it’s a lot more effective to go where they’re flocking.”

“Paramount for the entire system”

A 2010 grant from Anne Ray helped create two online arts programs, Off Book and Idea Channel, that showed the potential for web-only production. That seed grew into PBSDS, which premiered in June 2012.

Its first viral hit came that month with an Auto-Tuned remix of Fred Rogers that racked up 700,000 views in 24 hours; it’s now up to 11.5 million views. By 2013 PBSDS had launched 17 web-original programs.

Popular channels include the educational Crash Course, with some 4.5 million YouTube subscribers as of this month; the science-oriented It’s Okay To Be Smart; and Blank on Blank, which animates audio interviews. PBSDS’s first scripted series, Frankenstein, MD, ran for one season in fall 2014; its introductory video garnered around 320,000 views.

Since its premiere, PBSDS has hosted three to four dozen member station channels, according to PBS. Of 15 currently active channels, five are local:

Wilcox said the number of local shows on PBSDS “has ebbed and flowed. Stations have had varying levels of success with creating the shows; some stations take to it more than others.”

PBSDS has encouraged all member stations to produce digital content with equipment grants, seed funding, matching funds and training. “Those are all different ways to get stations familiar with the medium and comfortable enough to dip a toe into the water,” Wilcox said.

24 Frames came about in just that way. Paul Hunton, now g.m. at KTTZ, arrived at the station in 2011 as production director. He noticed that while Lubbock — proud birthplace of Buddy Holly — was home to a thriving arts community, no local television program captured that spirit. Hunton created a magazine show with short segments profiling local artists and musicians.

Hunton used a PBSDS $5,000 equipment grant in 2013 to purchase DSLR equipment for digital production. A few of the 13 full-time staffers initially were skeptical, Hunton said, thinking that web-first content would draw eyes away from broadcast. “But my philosophy is, all we’re doing is diversifying our offerings,” he said. Producers broke out individual segments for online use.

Hunton also took advantage of the next PBSDS opportunity, support to match a crowdfunding campaign, to sustain 24 Frames and move into live events. That raised nearly $30,000. Now KTTZ hosts events quarterly; one drew more than 800 fans.

“We’ve taken the show to a great place because it’s on every platform — broadcast, digital and live,” Hunton said. Audiences at live events first watch the broadcast segment on a music group or artist; Hunton then conducts an interview on stage, followed by a performance.

KTTZ continues to upload content weekly to YouTube, which PBSDS incorporates into its own YouTube channel. Hunton isn’t disappointed by the average number of 1,000 views per video, which includes views on KTTZ’s YouTube and Facebook pages as well as in PBSDS’s feed.

“That’s an engaged audience that can be developed to become donors,” Hunton said. “And those folks, anecdotally speaking, are viewers we wouldn’t have if it weren’t for our digital content. So either 12 views or 12 million, we are creating new audiences, which is paramount for the entire system.”

Indie Alaska from Alaska Public Media was created with one of the first digital entrepreneur grants from PBSDS and is still generating videos for its 7,100 subscribers.

Its most popular video, with 1.3 million views, introduces the audience to a teacher in Whittier, accessible only by a miles-long tunnel, where most residents live and work in just one building.

“We were looking for opportunities to tell stories about Alaska that would ring true to Alaskans,” said Patrick Yack, chief content officer, “and give people elsewhere a better sense of who we are.” Management also wanted to “embrace a larger role for video in the digital world,” without abandoning traditional television productions, he said.

Indie Alaska has also dramatically changed the internal processes at the organization’s Anchorage headquarters. “It allowed us to rethink workflows, equipment needs and responsibilities of producers,” Yack said.

Five video producers are responsible for all aspects of every video, from preproduction interviews to setting up shoots, determining equipment needs, lining up production assistants, shooting, editing, writing closed captions and posting online. The past production model drew on multiple staffers for those tasks.

The series has been featured on PBS NewsHour’s blog, and PBS’s Online Film Festival has included episodes three years in a row. A local brewpub sponsored an “Indie Alaska Night” event this spring drew a standing-room-only crowd, Yack said.

“We put episodes on the website, we put them on Facebook, we broadcast them on TV and, in a number of cases, we’ve used the audio on the radio,” Yack said. A number of stations have expressed interest in the program, he added, so he’s working with the National Educational Telecommunications Association for possible distribution this fall.

Back in the lower 48, tiny Texas station KCOS is also finding success with a similar digital series, Only in El Paso. Now in production for its third year, the series boasts 550 subscribers and 70,000 total views across 20 videos. Topics have included food entrepreneurs, paranormal investigators and the history of Scenic Drive, a vantage point where visitors can you see two countries and three states.

“We aren’t a station with a big history of local production,” GM Emily Loya said of her 10-employee crew. In fact, prior to Only in El Paso the station had no digital equipment and still ran an SD studio. An initial $25,000 crowdfunding campaign “was enough to get us off the ground” on the digital work, Loya said.

Early episodes proved so popular that Destination El Paso, the local convention and visitors bureau, wanted to get involved. “They have a large network on social media” to share the videos, Loya said. “The topics — arts, culture, people and history — are all evergreen content for them.”

Loya also used the series to draw in local filmmakers. “It’s a great way for us to engage with the filmmaking community and tell more stories,” she said. Staffers help sift through filmmakers’ applications, then upload videos and add introductions and credits.

And that enthusiasm for the content is generating more ideas. “We’re on an international border, so we’re interested in bilingual programming, possibly on digital,” Loya said. “One episode in Season 1 was Spanish with English subtitles. We’re exploring how we might do more of that.”

Loya advises stations considering breaking into digital work to “be bold, because it’s a really effective way to build audience.”