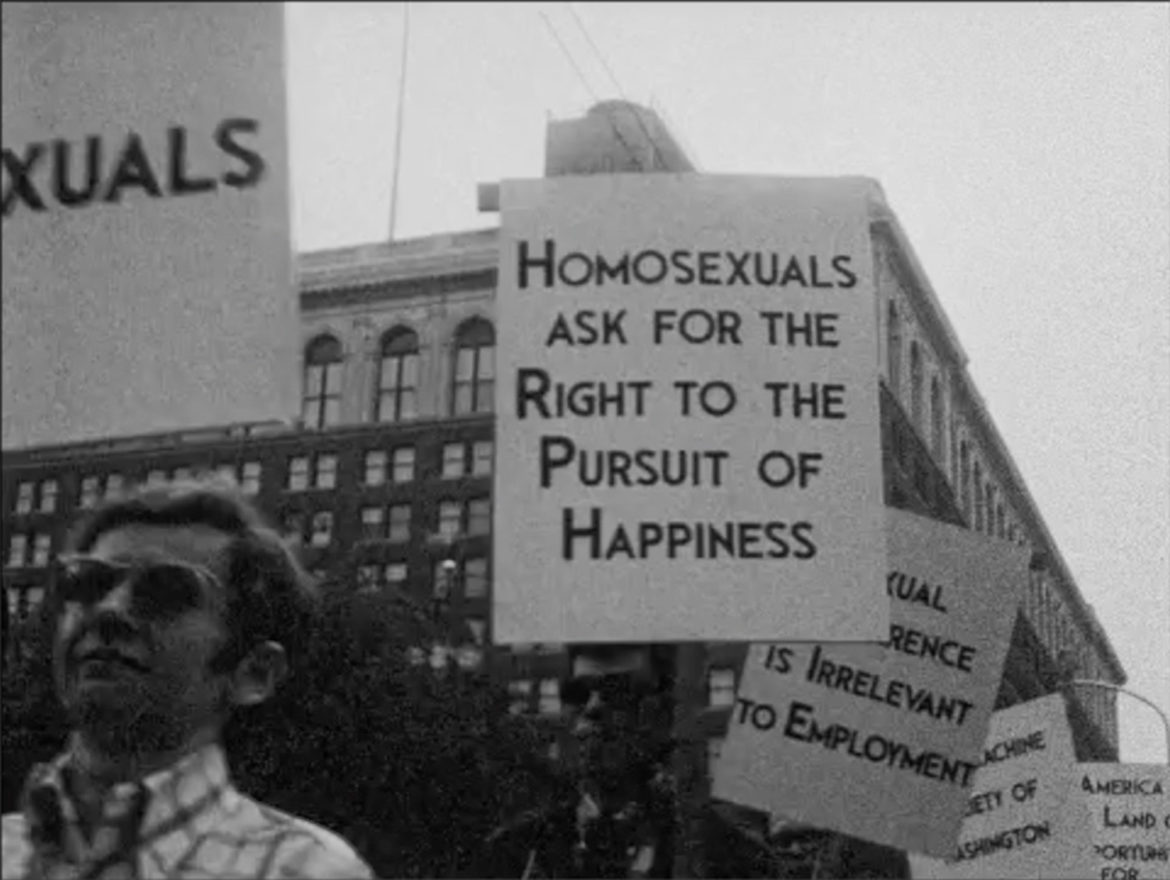 The film commemorates a 1965 protest to raise awareness of gay issues at Independence Hall in Philadelphia.

The film commemorates a 1965 protest to raise awareness of gay issues at Independence Hall in Philadelphia.

Responding to the shooting at a gay nightclub in Orlando, Philadelphia’s WHYY has premiered online a new documentary about gay rights in advance of its TV debut Thursday.

The Pursuit: 50 Years in the Fight for LGBT Rights commemorates a July 4, 1965, march for gay awareness at Philadelphia’s Independence Hall that was sparked by a man losing his job due to his sexual orientation. That protest is considered a forerunner to the 1969 riots at the Stonewall Inn in New York City, widely recognized as the beginning of the modern gay rights movement.

WHYY spokesperson Art Ellis said the station is in discussions with a national distributor for the film, which also focuses on issues beyond Philadelphia. WHYY has sponsored 11 community screenings and discussions so far; a crowd of 200 showed up for the local premiere last week. “Many of the people interviewed in the film came to the screening,” Ellis said.

The Equality Forum, a Philadelphia LGBT advocacy nonprofit that supported production of The Pursuit, is providing the film and curriculum guides to schools and other educational organizations.