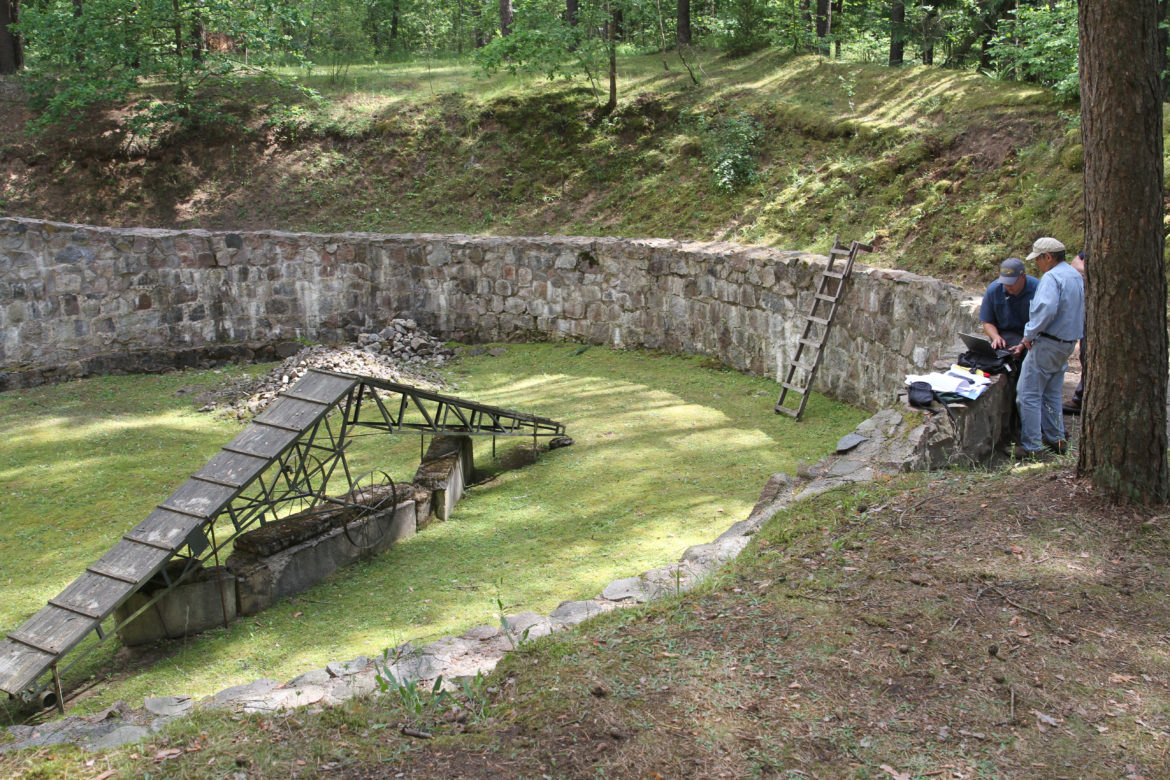 An archeological team that Nova is filming for a PBS documentary has made a major discovery at a Lithuanian Holocaust site.

Earlier this month researchers located a 100-foot-long underground tunnel at Ponar that Jewish prisoners dug by hand in an attempt to escape execution by the Nazis in 1944. Historians have been trying to determine the path of the tunnel since World War II but could not dig at the site because it contains remains of 100,000 victims.

Only 11 prisoners emerged alive through the tunnel, which originated in a pit holding 80 captives.

The researchers also discovered more burial pits in the forest next to the site, which could contain the remains of up to 10,000 more victims.

Paula Apsell, Nova senior executive producer, said in an announcement Wednesday that the find has “tremendous historical and scientific significance.”

The Nova documentary, set to air in 2017, will feature interviews with archaeologists, geophysicists and scholars describing the fate of Jews housed near what is now Vilnius, Lithuania.

Here’s a look a the discovery: