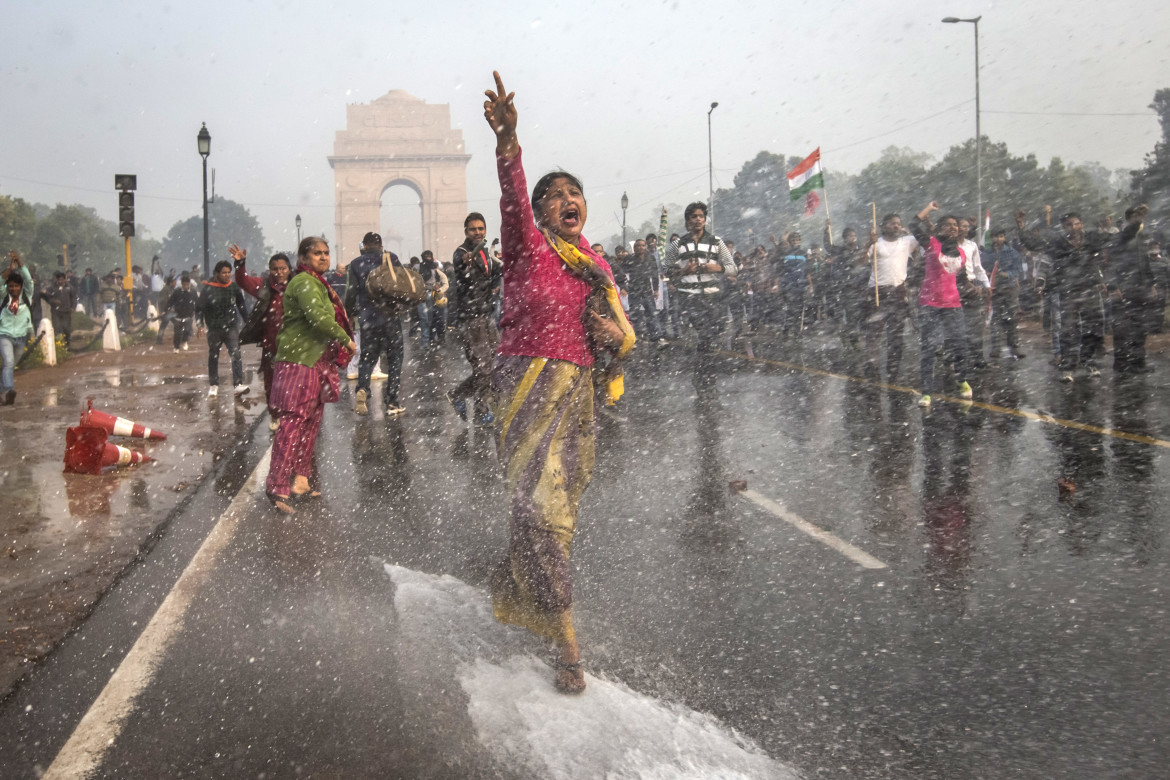 A protester braces herself against the spray fired from police water canons during a 2012 protest over the gang rape of a 23-year-old student. A documentary on that attack, India's Daughter, won a Peabody for Independent Lens. (Photo: Getty Images)

A protester braces herself against police water cannons during a 2012 protest over the gang rape of a 23-year-old student. A documentary about that attack, India’s Daughter, won a Peabody for Independent Lens. (Photo: Getty Images)

Frontline was recognized for ISIS in Afghanistan, filmed in territory held by the Islamic State of Iraq and Syria. “When I learned that ISIS was making gains in Afghanistan, my home country,” Afghani journalist Najibullah Quraishi said, “I wanted to show why they are there, what they are doing, and what their aims are. I wanted to see what’s going on in their minds in order to alert people throughout the world.”

India’s Daughter, the story of the 2012 gang rape and murder of a medical student in Delhi, won for the documentary showcase Independent Lens. “A Peabody Award for my first documentary, as well as for my debut as a director, is such fortifying validation of the most difficult, challenging, and shocking journey of my life,” said filmmaker Leslee Udwin. Added series EP Lois Vossen, “Leslee Udwin’s courage in making this film, and her relentless drive to see that it sparked not only awareness but real change, is truly inspirational.”

POV won for Don’t Tell Anyone (No Le Digas a Nadie), which told the story of Angy Rivera, a young woman who could not report she was being sexually abused due to her undocumented citizenship status. The documentary “not only highlights her bravery under the most difficult circumstances, but allows even the most skeptical onlookers to connect with her humanity,” said POV EP Chris White. “It’s that empathetic connection that will help drive the national dialogue forward.”

Announced April 21 was an entertainment Peabody for Masterpiece honoring its Wolf Hall miniseries, a co-production with BBC Worldwide based on Hilary Mantel’s novels about the court of Henry VIII. “Wolf Hall is a masterpiece of a novel, and a masterpiece of a miniseries,” series EP Rebecca Eaton told Current in an email, also congratulating series producers Playground Entertainment and thanking the Peabody committee.

Read the full list of documentary and education winners. Radio, news and podcast awards were announced April 19, when PBS NewsHour won for “Desperate Journey,” about the refugee and migrant crisis facing Europe.

Winners will receive their awards at a presentation next month.