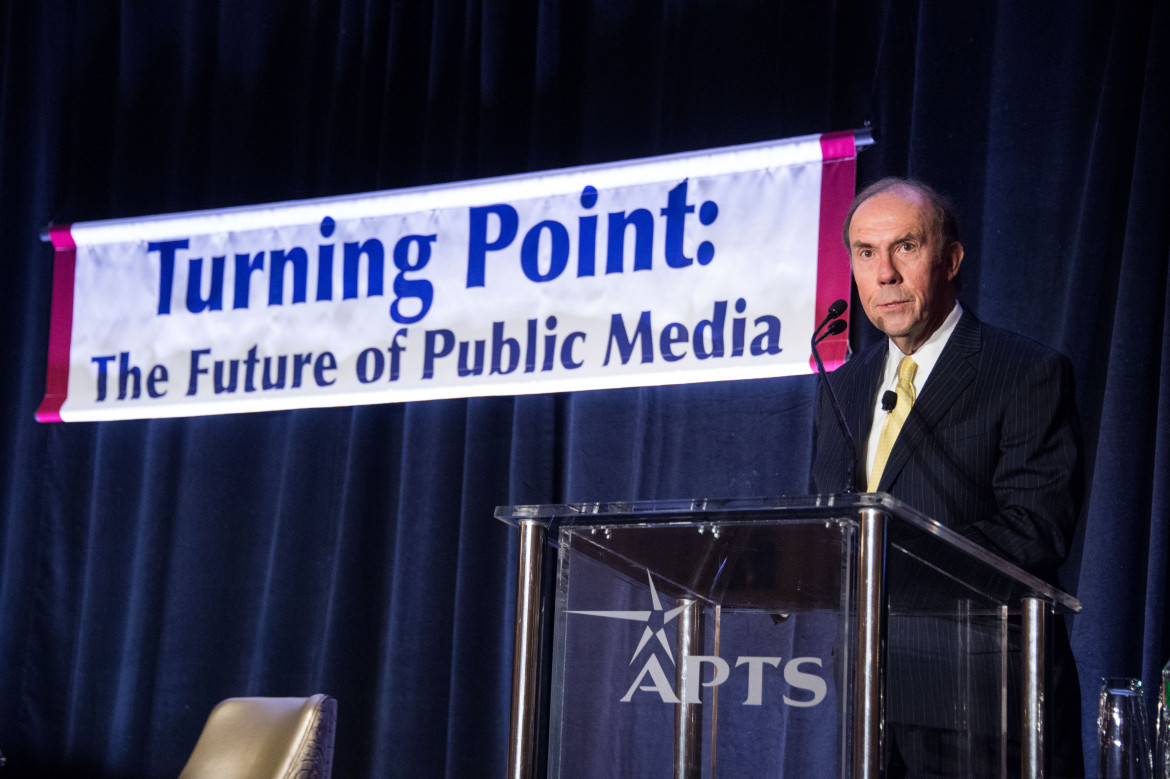 WASHINGTON — Public television stations are staking a larger claim in public-safety work by creating a national hub and setting aside spectrum for an upcoming first-responders network that could generate millions of dollars in revenue annually.

The new name for the organization “will make it clear that these public service missions lie at the heart of all that we do — and that we do it for everyone, everywhere in our country,” said APTS President Pat Butler in the announcement. “This work goes far beyond the high-quality national programming for which public television is well known.”

Public safety is an area of focus for this year’s summit, along with education and civic leadership. General managers, lay leaders and other station executives heard from speakers including National Association of Broadcasting President Gordon Smith and Roberto Rodríguez, who assists President Obama in education on the White House Domestic Policy Council. Summit participants will head to Capitol Hill Tuesday to advocate for federal funding for their work.

The center will also coordinate work of PBS WARN, a redundant path for FEMA wireless emergency alerts, and NPR, which will incorporate radio into the initiative.

“APTS has developed considerable expertise in public safety and emergency communications over the past decade,” King said.

Butler said in his opening speech Sunday that such work helps public broadcasters make a stronger case for support. “Our growing capacity to link law enforcement and emergency management organizations with one another, and with the public, at the local and state levels through datacasting, makes powerful arguments for public television — with everyone, on issues ranging from federal funding to spectrum policy,” he said.

APTS member stations agreed. In a unanimous vote Monday, stations committed in principle to each allocating 1 megabit per second of spectrum for the FirstNet nationwide public safety network.

The federal government is spending $7 billion to create a high-speed wireless broadband platform for all emergency and public-safety communications. Major mobile providers such as AT&T and Verizon are expected to bid to be the prime contractor.

To keep costs low, FirstNet is hoping to use existing telecommunications infrastructure and assets — such as public TV spectrum.

“We want to be in on the ground floor,” APTS EVP and COO Lonna Thompson told Current. “We want to meet with every potential FirstNet applicant. It’s an LTE broadband network. That’s not where we are, but we are a redundant path. And we can help in rural areas, or if the network overloads.”

“Our advantage is, we can save them time and money — everybody is interested in that,” Butler said. “Public broadcasters have a big, national infrastructure in place, ready to go today.”

Conversations with potential prime contractors are promising, Butler added. “Many had no idea that we had this capability,” he said. “They’re saying to us, ‘This is great!’”

Hooking stations into FirstNet would also bring in revenue. First responders will pay for the service. So instead of selling spectrum in the upcoming FCC auction, stations could use spectrum to generate revenue on an ongoing basis.

That figure “could ultimately be in the tens of millions of dollars every year” systemwide, Butler said. “We’d be doing well by doing good.”