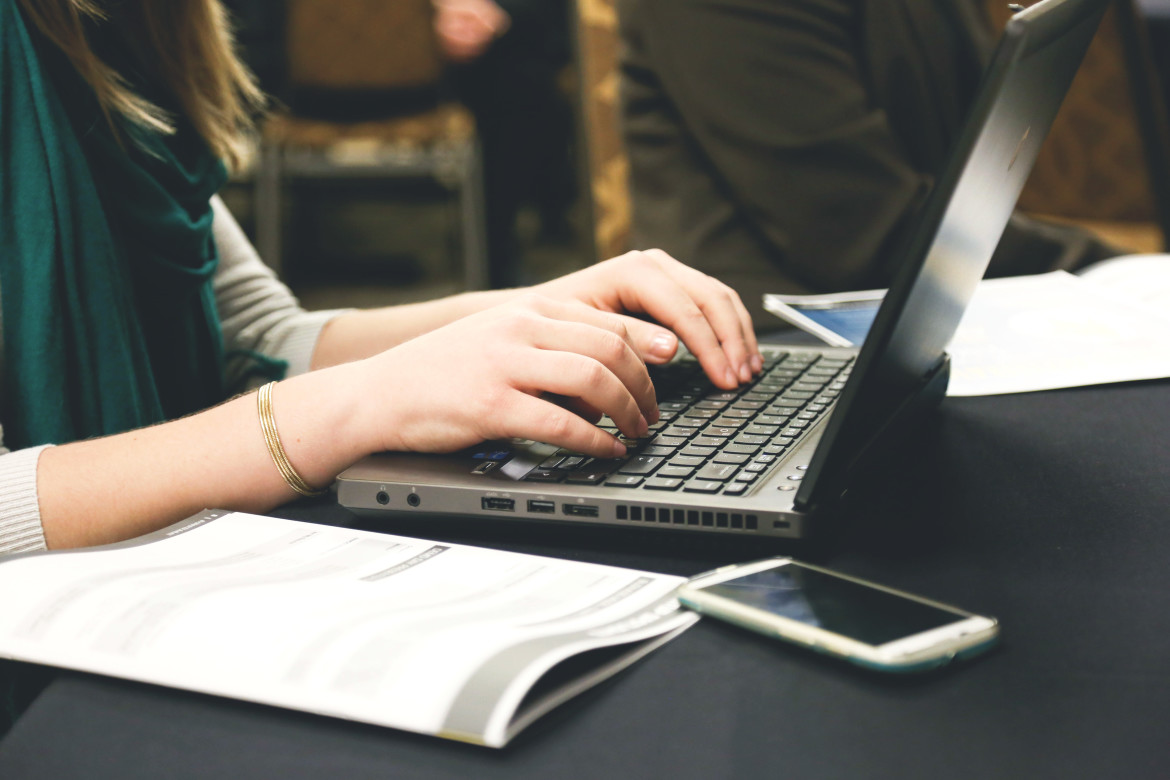 Freelancers aspiring to write for NPR might start by taking a spin through its ethics handbook, lengthy as it is.

That’s because the “living document,” available on NPR’s website, pertains to contract workers as much as staffers — and could have implications for freelancers’ broader suites of work, says Mark Memmott, who oversees the 20-section handbook as standards and practices editor.

“While it’s written to journalists who are in-house, the same principles apply to people in the freelance community,” says Memmott, who helps editors interpret how the ethics policy applies to specific situations.

“In this new era, with all these different types of writing, it makes it more difficult to figure out if you actually have a conflict.”

The document applies to “independent producers” and “outside writers” and specifically requires “outside contributors to be free of conflicts of interest.”

But how should someone who works for a dozen clients with various funding models determine what constitutes a conflict? And — in an American economy that could be 40 percent freelance by 2020 — is it enough to have a policy that doesn’t separately address the nuances of contract work?

For example, it’s generally agreed that staffers and freelancers alike shouldn’t cover a spouse’s company or political campaign. But what if a freelancer once contributed to an airline’s in-flight magazine and is then asked to cover the airline industry?

Kelly McBride, a media ethicist at the Poynter Institute in St. Petersburg, Fla., says such a circumstance doesn’t necessarily amount to a conflict. But editors and contributors should discuss such matters to be sure.

For these reasons, she doesn’t think that phrases like “above reproach” and “beyond the appearance of conflict” are helpful in written policies, or at least not as they pertain to freelance contributors.

“That [wording] doesn’t really acknowledge that most organizations are not above reproach the way they used to be,” she says. “You’re not paying freelancers a full-time salary, so it’s really hard to ask them to not take certain types of payments when that may be how they support themselves.”

That said, McBride says she understands the importance of holding freelancers to the same ethics codes as staff members, especially as the distinctions of employment status might be lost on readers and listeners.

What’s perhaps most difficult to determine, let alone parse in a written policy, is whether a freelancer’s overall mix of work might be grounds for disqualification from contributing to a news outlet.

“If the bulk of their work is more on the public-relations side or the paid-content side, then it’s going to be very difficult for us to work with them on doing news pieces,” Memmott says of aspiring contributors. “I don’t know where the line is, but there’s a line that — when you step over it — it’s pretty hard to get back onto the other side.”

But with more publications opening their doors to sponsored or donation-supported content, and more companies skirting such limitations entirely to create their own content, lines between editorial and advertorial have blurred beyond recognition. While publications are navigating these new funding models for journalism, freelance contributors are trying to make a living at the frontlines of those changes.

Randy Dotinga, a freelance journalist for publications such as The Christian Science Monitor and president of The American Society of Journalists and Authors, says those lines are more difficult to navigate than ever before, with the emergence of sponsored content that could include writing for a company’s blog or contributing to one of those in-flight magazines.

“Sponsored content tends to pay quite a bit more, so a lot of journalists use it to subsidize the traditional journalism that pays less,” he says of ASJA members. “I always say, if you have a conflict, you should either disclose it or get rid of it. In this new era, with all these different types of writing, it makes it more difficult to figure out if you actually have a conflict.”

“You’re not paying freelancers a full-time salary, so it’s really hard to ask them to not take certain types of payments when that may be how they support themselves.”

Making sure ethics policies are “published, posted and sent to all freelancers” is key to ensuring their requirements can be met before accepting assignments, says Sue Schardt, executive director of the Association of Independents in Radio. Her organization has its own code of conduct, and she encourages acquirers of contributors’ work to ensure policies “are not onerous but are part of the daily routine of business.”

Mark Miller, managing editor of Marketplace, says its programs feature the work of more than two dozen freelance contributors each month, and its ethics policy attempts to address their unique circumstances, too.

Mostly, he says, it comes down to a conversation between the editor and contributor, as well as case-by-case decisions about potential conflicts of interest.

“I don’t have any problem asking a freelancer, ‘Tell me if there are any potential conflicts,’ and going through some specifics,” Miller says. “I think the bigger issue is just making sure that you do that on some sort of regular basis.”

AIR’s Schardt agrees and suggests that such conversations should become routine for editors who are working with a growing number of freelance contributors. AIR’s membership has grown by more than 80 percent over the past year, thanks in part to new opportunities for producers, such as podcasts. And the majority of its 1,300 members have three or four job titles that include positions as educators or editors as well as storytellers.

These changes are “really putting all of us into a position where we have to examine and decide over time — what is public service media? Our independent producers are on the front lines of” answering that question, she says.

Many organizations’ ethics policies could go further, McBride says, by stating outright what’s expected of freelancers who operate in a decidedly different milieu than staff producers, writers and on-air contributors.

After stating for years that its ethics policy also applied to independent contributors, The New York Times created a separate questionnaire for freelancers that helps them apply ethics policies by asking whether they have recently accepted free travel or gifts in exchange for coverage, for example.

Though it is far from foolproof, McBride says having a separate policy does avoid the pitfall of an organization’s guidelines being so vague that they become irrelevant to freelancers.

Without a separate policy, independence clauses such as this one in NPR’s handbook are difficult for freelancers to interpret: “We must seek permission in writing from our supervisors for all outside freelance and journalistic work, whether paid or volunteered, from written articles to speaking appearances.”

Dotinga says that in his line of work, that’s just not practical.

“There’s so much content that freelancers can produce over their careers and so many conflicts that can hide in the world of their work,” Dotinga says. “It creates all sorts of ethical issues for journalists and the people who hire us, like NPR.”

Memmott says one way NPR navigates such ethical issues is by promoting open dialogue between freelance contributors and their editors. Staff members can’t write about political causes with which their family members are active, for example, and neither can freelancers.

But what if a freelancer wrote for an organization several years ago and now wants to write about that organization?

“It may mean that we say, ‘No, thank you.’ It might mean that we ask a lot of questions and may be comfortable if there have been enough years since then, with a proven track record of independent journalism,” says Memmott, who encourages freelancers to mention any potential conflicts to their editors.

When it comes to travel for a story, the lines are more defined: “We pay our own way, and we have to be sure that even those who are coming to us from the outside are not being unduly influenced.”

That means that if a freelancer wants to explore a story for NPR that entails travel, he or she must eschew any offers of free travel and first ask an editor whether NPR will foot the bill, as it would for a staff reporter. Dotinga points out that many freelancers end up paying for travel at their own expense to avoid conflicts of interest while researching new stories. Sometimes they can be reimbursed by the publication.

In her book The New Ethics of Journalism: Principles for the 21st Century, McBride pushes back against old standards of independence to argue for a more measured approach that takes new types of content into account.

She says consumers of media today are less likely to believe that there are no conflicts of interest and more likely to be looking for transparency about those that do exist. That means freelancers have to be transparent with their editors — a task made easier by understanding ethics policies that function like a litmus test for weighing conflicts with outside work.

The real problem, McBride says, regardless of where and how the story is published, “is when the story you’re writing doesn’t hold up to journalistic integrity.”

Whitney Pipkin is a former newspaper reporter and freelance journalist based in the Washington, D.C. area. She has written for The Washington Post, NationalGeographic.com, NPR and Smithsonian Magazine, among others. She also is a part-time staff writer at the Chesapeake Bay Journal and BayJournal.com.

Clarification: This article has been updated to clarify that NPR staffers are prohibited from participating in political causes.

4 thoughts on “How ethics guidelines can catch freelancers by surprise”