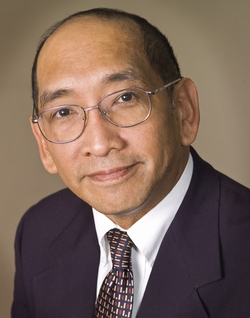 Max Cacas, a veteran broadcaster in public and commercial radio in Washington, D.C., died suddenly of a possible heart attack Tuesday, according to his wife, Lisa Myers, in a Facebook post. He was 61.

Cacas worked at NPR as a news producer and operations manager for 10 years, from 1985–95. He went on to work in various capacities in radio and journalism throughout the Washington area, most recently as a host and producer for a radio program produced by AFCEA International. He also worked for Public Radio International, Federal News Radio, WTOP and The Freedom Forum, and taught audio production classes at the University of Maryland.

Jay Kernis, former s.v.p. of programming at NPR and a colleague of Cacas’, said in a tribute on Facebook that Cacas “was one of those staff members who would and could do everything. He loved radio, loved producing, loved the machinery and the techniques, loved being in the studio and in the field. He seemed to know everyone in the business and what was going on in public and commercial radio.”

RIP, @maxnewsroom. You were one of the good guys: a true friend to NPR and #pubmedia, taken from us way too soon.

Max was an original. He made a difference in the newsrooms where he worked by bringing his unique life experiences and…

Adam Ragusea, host of Current’s The Pub podcast, also offered a tribute on this week’s episode.

Cacas is survived by his wife; his mother, Maria; siblings Samuel and Rita Cacas and Emily Gonzales; and niece, Lila Gonzales.

A wake will be held at 2 p.m. Saturday and a funeral service will take place Sunday at 2 p.m. Kalas Funeral Home in Oxon Hill, Md., will hold both services.