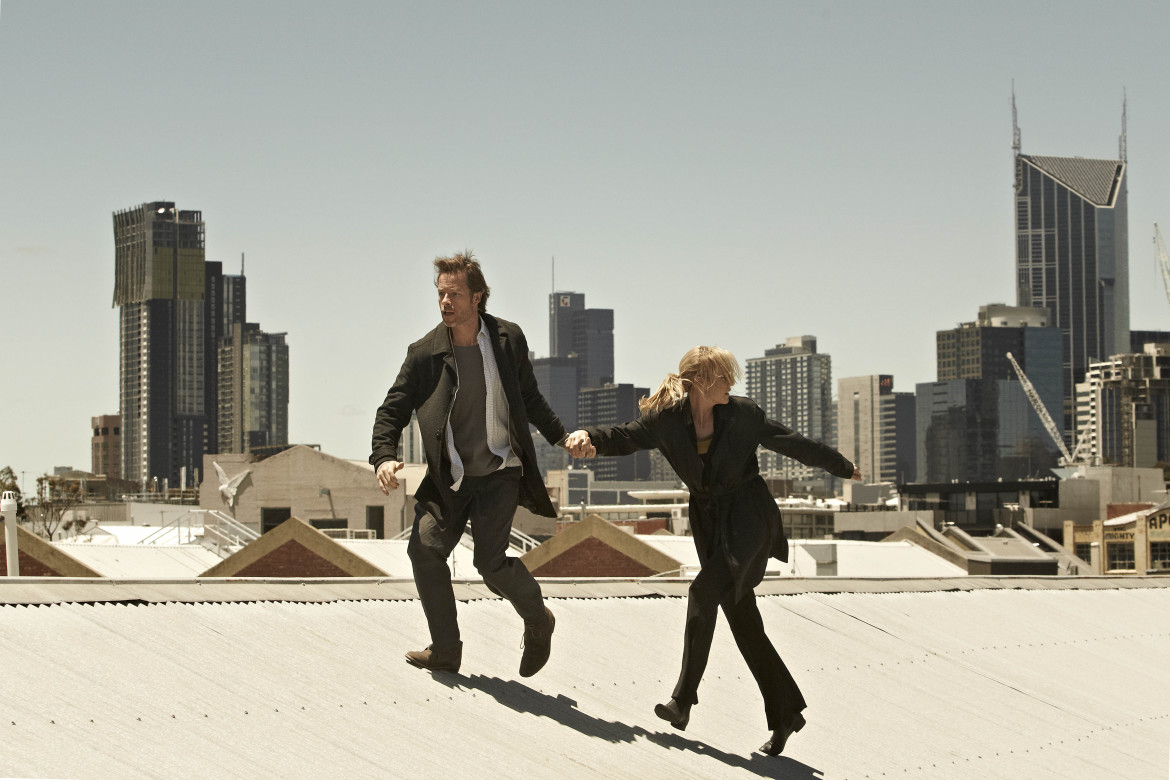 An award-winning Australian drama with an edge is coming to U.S. public television.

Jack Irish is based on author Peter Temple’s popular crime novels set Down Under. The darkly funny stories follow a former criminal attorney from Melbourne trying to avoid his past problems. The 90-minute film versions began broadcasting in Australia in 2012; streaming service Acorn offered them online in 2013.

Starring in the title role is Guy Pearce (The King’s Speech, Memento) as a formerly successful criminal attorney attempting to hide from his painful past. A review in the Washington Post called Pearce’s portrayal a “funny, sexy performance.” Co-stars include Barry Humphries (better known as Dame Edna) and Marta Dusseldorp (A Place Called Home).

Don Klees, v.p. of programming at Acorn, said he’d admired Pearce’s acting since his appearance as drag queen Felicia Jollygoodfellow in 1994’s The Adventures of Priscilla Queen of the Desert.

With Jack Irish, “the show hooked me from the start,” Klees said. “Jack’s life goes off the rails before the opening credits, and he has to find himself again. Pearce is such a versatile actor that he can make every step of that journey — both the heartbreaking and the sometimes ludicrous ones — feel honest.”

Viewers get to know Irish over the three films. In Bad Debts, Irish passes time by working as a debt collector, hanging out at the racetrack and apprenticing with a woodworker. But when an old client leaves him a series of panicked phone messages, he is dragged back into a world of violence and corruption.

Black Tide finds Irish investigating the disappearance of the son of a friend of his late father’s. And in Dead Point, Irish uncovers a smuggling conspiracy involving police corruption and blackmail that endangers someone close to him.

The Australian Academy of Cinema and Television Arts and the Australian Director’s Guild honored Director Jeffrey Walker for his work on the films.

Producers Essential Media & Entertainment, Screen Australia and Film Victoria are expanding the franchise into a six-part series. Acorn could offer those hourlong shows to public TV stations in fall 2016.

“I like the show very much,” Klees said. “It’s got an edge but also a bit of an offbeat sensibility that you don’t find in most American series.”