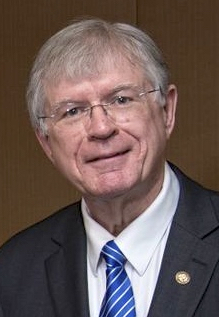 After just a bit more than five months on the job, John Proffitt is stepping down as executive director of Pacifica Foundation Radio.

Proffitt announced the decision in a Sept. 14 letter to the Pacifica Board of Directors. His last day will be Oct. 14. Proffitt, formerly g.m. of KUHF public radio in Houston, was hired in April after a yearlong search.

“This wasn’t something we foresaw. It kind of came as a surprise,” Pacifica board chairwoman Lydia Brazon told Current. “But he’s a very professional person, and I’m sure that this was a difficult decision for him to make.”

Proffitt was not available for comment. Pacifica’s board will consider a succession plan at its next board meeting Sept. 24.

Proffitt joined Pacifica after the network’s board fired Executive Director Summer Reese in March 2014. A physical occupation of the nonprofit’s headquarters was followed by a wrongful termination lawsuit. Reese was ordered out of the headquarters in May 2014 by an Alameda County Superior Court judge.

Proffitt had spent 25 years at KUHF before leaving in December 2011 after a reorganization. After leaving the station, he served as a volunteer host and fundraiser for KPFT, Pacifica’s Houston station.

UPDATE: Proffitt said in a phone interview Thursday that he was not leaving Pacifica for another position.

“I plan on not doing anything but going into the semi-retirement I was in before coming to Pacifica,” he said.

Proffitt said he recognized early on that his experience at KUHF might not have equipped him to run the financially struggling Pacifica network, which is saddled with a Byzantine governance structure and factional infighting.

“The difference in backgrounds was a bit of a hurdle I couldn’t get past, unfortunately,” Proffitt said. Though he enjoyed working with the overall stations, he said he felt discouraged with efforts to fix the network’s overwhelming problems.

“At this point in my life, I thought it was probably best for them to find someone different,” Proffitt said.