The progressive network has been conducting a leadership search for a year. “We’ve spent much of the past year stabilizing Pacifica after a turbulent time,” said Margy Wilkinson, interim e.d., in the April 2 hiring announcement.

In March 2014, Pacifica’s board fired Executive Director Summer Reese. She refused to leave Pacifica headquarters in Berkeley, Calif., which led to a legal standoff. An Alameda County Superior Court judge ordered Reese to leave the office in May.

Proffitt left Houston Public Media after 25 years in December 2011 following a staff reorganization. Since then, he has been a volunteer host and fundraiser at Pacifica’s Houston station, KPFT.

In addition to KPFT, Pacifica owns and operates KPFA in Berkeley, WBAI in New York City, KPFK in Los Angeles and WPFW in Washington, D.C. Some 180 stations nationwide are Pacifica affiliates.

Public Media Women in Leadership has announced the first five participants and partners in the group’s pilot mentorship program.

The women were selected from nearly 60 applicants from various disciplines and stations nationwide. The program aims to better prepare women for leadership positions within the next five years.

Partners will meet monthly for a minimum of six months and participate in monthly webinars on topics about women in leadership and critical skill sets for public media management.

Jason Seiken is leaving Telegraph Media Group (TMG) after 18 months. The former PBS digital g.m. was editor-in-chief and chief content officer at the London-based newspaper group. An internal Telegraph memo obtained by Current said that during Seiken’s tenure, “the Telegraph restructured its editorial operation to put digital at the forefront.” In the announcement, Seiken told colleagues he was “proud of how the Telegraph has become a digital leader,” and TMG Chief Executive Murdoch MacLennan called Seiken’s decision to leave “regrettable.”

Carlos Espinoza, v.p. of marketing and communications at KCTS in Seattle, has been promoted to oversee content as well. Espinoza arrived at the station last year from SwordStone Digital in Seattle, where he served as the chief marketing officer and worked closely with major film studios and national content creators to develop, brand and position media products. 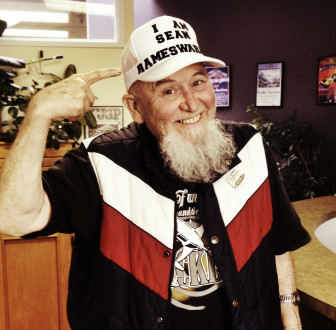 Johnny Simmons, who hosted Morning Edition on KUSP for 20 years, signed off for the last time March 27. Simmons retired after working for 35 years at the Santa Cruz, Calif., station, “longer than any employee in our history, and a record unlikely to be broken,” GM Terry Green noted in a blog post. Taking over ME hosting duties is Alex Burke, operations director. Over the years Simmons also served as the station’s program director and musical curator. He produced several shows, including The Lost Highway, an eclectic mix of traditional and alternative country, blues, folk, bluegrass and western swing that ran for 20 years.