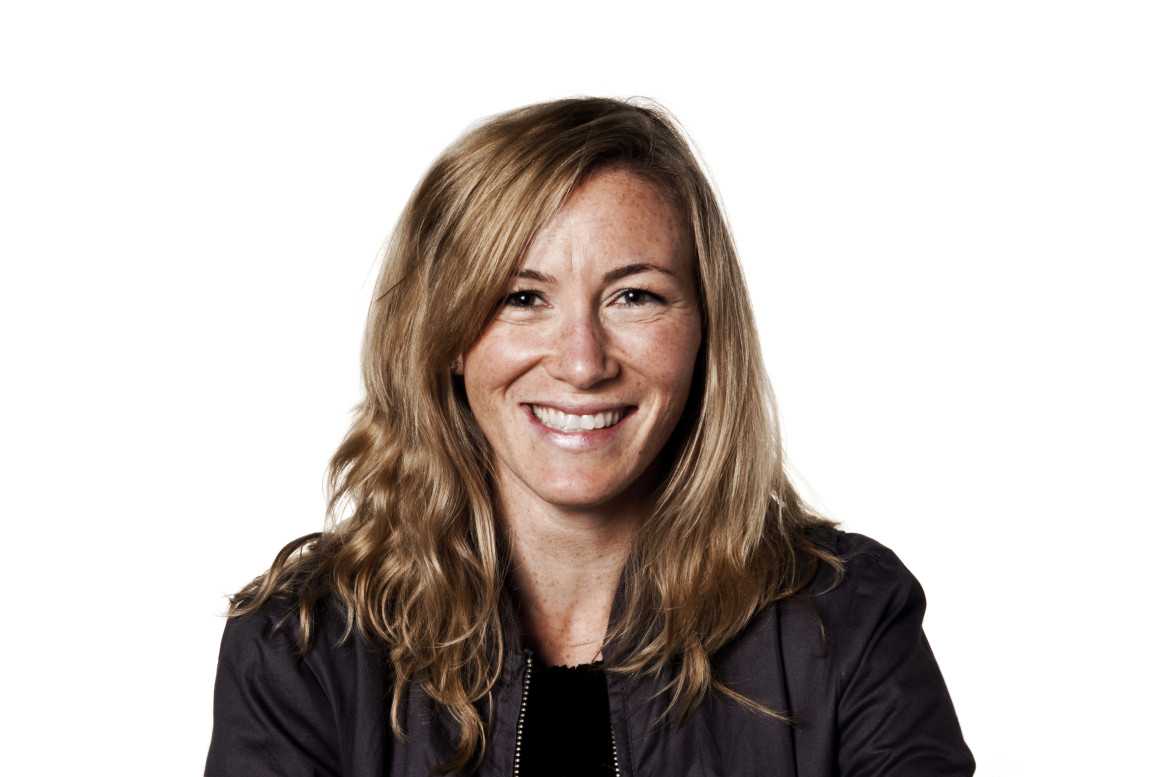 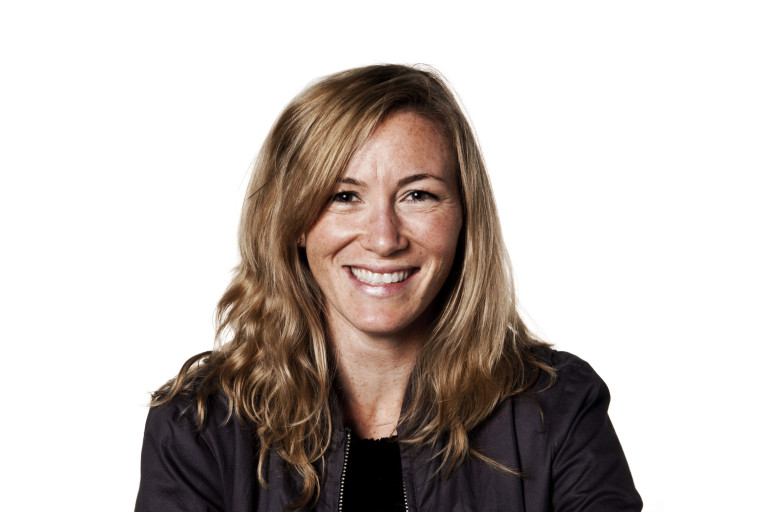 “What we want to do is empower stations with creative business models to sustain excellent journalism,” Siegal said.

Last year, Boston’s WBUR received a $250,000 grant from the Knight Foundation to start BizLab, an initiative to explore how public media can boost income from digital platforms. At the time, Charlie Kravetz, WBUR’s g.m., said he hoped the “applied research lab” would “have an impact on the whole public radio system.”

BizLab took a step ahead in March with the hiring of Meg Siegal as its first executive director. Siegal has spent much of her career working in advertising, most recently as senior v.p. creative director at Arnold Worldwide. At Arnold, she launched an R&D lab and created “The Truth,” a campaign against teen smoking. At BizLab, she’ll apply that experience to the search for innovative approaches to revenue.

Siegal spoke with Current about her vision for BizLab and the challenges public media faces in finding new income streams. This is an edited transcript.

Current: What have been your initial impressions so far about public media?

Meg Siegal: That everyone listens extraordinarily well. It’s almost creepy. And I’m being serious. (Chuckles.) I feel very fortunate to have this opportunity in public media because it’s a very thoughtful, and attentive, and conscientious group of people to be working with who are extraordinarily talented. It’s rare to step into a new industry in a new role and just feel like there is so much potential that can be unlocked by collaborating with the people who are already at the station. I feel like when BizLab gets going and gets out there, we’re going to have a lot of opportunity to collaborate with the existing staff members at WBUR and other stations.

Current: What drew you to public radio and overseeing BizLab?

Siegal: I have been a longtime listener of WBUR and a huge fan of NPR and public radio for 15, maybe 20 years now. I knew someone at the station, John Davidow, who with Charlie Kravetz initiated the idea of BizLab. They approached the Knight Foundation with an idea to create a business laboratory that exists outside of the regular work stream of the day-to-day routine of the station. . . . I had met John several years before at an event in Boston; we had loosely kept in touch. I reached out to him on something completely unrelated, and we just started catching up. He mentioned the opportunity of BizLab. When I told him that I had resigned from my role at a large ad agency to go out on my own and work on plans that have social or environmental impact, he invited me into the station. We just started talking about the possibility of BizLab.

I founded a lab inside of Arnold [Worldwide] that was a creative technology lab. I had a lot of experiences, outside of Arnold and inside of Arnold, where we had to generate solutions to challenges, actively. We just started talking and designing the idea of the lab and what it might be. I thought I was doing it to help (chuckles) my favorite radio station and before I knew it I was interviewing for the executive director position. So it’s a little bit of serendipity, but it played out really well, and I’m very happy to be where I am right now.

Current: What is BizLab? What are you trying to develop?

Siegal: Right now, our goal is to design a team and a process that will change the way we think about funding public radio for good. What we want to do is empower stations with creative business models to sustain excellent journalism. So it’s at the very beginning. We don’t have a specific product or model that we’re making right now. So what we’re focusing on is how might we build a core skill set and a team in a way that we can generate solutions and come up with project ideas together, and then build on them over time.

We’re looking to do a prototype around three different projects per quarter. So we’re going to be working very rapidly and starting with learning from the listener audience. Everything that we do will be to strengthen community around us by helping people stay informed and inspiring curiosity. We’re looking to make sure that what BizLab does upholds the values of public radio and public media.

Current: You said you were doing three projects a quarter. Have you started on any of those yet, or are you still in the planning stage?

Siegal: Not yet. We’re ramping up. We have done a little bit of research on the listener around Boston, and we will be using that as a jumping-off point for our initial wave of projects. We will be doing more of a deep dive in learning about our audience, whether they are a WBUR listener or just a consumer of audio. Coming out of what we learn about these behaviors of our audience, that’s where we will begin. We want to be inspired by the community and by the listeners that are out there, and uncover new ways to serve, in a way that helps to sustain the radio stations.

Current: Are there any specific things that you’re going to be looking to try to tackle with BizLab?

Siegal: The great thing about BizLab is that there are no rules. We are not giving ourselves swim lanes right now to stay within. So the idea is that we can test different revenue models across a few different areas of business. So one area might be membership; another area might be events; another area might be a type of technology. It might be a new way to look at how underwriters could be involved with what we make for on-demand audio. I think that the list is endless.

We will be working in a space that is separate from WBUR, but tethered to it. So we will be able to work with the talent that works at the station on a regular basis, but in a way that doesn’t distract from the day-to-day work that happens at the station every day.

The present course of business at WBUR will continue. Right now WBUR is an exceptionally strong public radio station. They are one of the largest producers of syndicated national content and they’re very, very financially solid. Charlie saw this as an opportunity that, while they are solid and underwriting and membership practices are very well respected and they’re emulated throughout the system, that this is the moment to start something that’s unconventional and on the outside, and carve out a little bit of space and capital to base an experiment, and that’s what BizLab is for.

Current: How big is your team, and who have you brought onto that team?

Siegal: I’m laughing, because my team right now is me and my backpack. . . . . We’re ramping up for job posting and all that. Right now I’m in the stage of identifying the roles that we’ll be hiring, and also we’re going to try and raise the capital, we’ll be seeking donor funding and grants in the beginning. Right now the lab is funded by a $500,000 pool of money that has been a shared responsibility of WBUR and the Knight Foundation. Over the next six months, we’ll be seeking more funding, so that we’ll have the ability to hire permanent staff members and make some stuff.

Current: This is pretty unique in public media. What kind of roles might you be hiring for?

Siegal: Well, certainly an engagement director of some sort. It would be great to have someone with a civic media background.

Another role might be someone with an expertise in learning from the audience, whether it’s a design researcher of sorts. And a technologist, that’s something that we’ll need. . . . [W]e want to be able to work very quickly, and we want to build rapid prototypes that aren’t expensive. We want to have a light lift and be a little bit messy and test some things at the lowest cost possible. Then when we see successes, we will scale that, whether that’s scaling at WBUR or if it’s something that is looking to be quite strong, then we’ll want to share it across other public radio stations over time.

Current: Where will the prototypes go, once you’ve developed them and you push them onto the next stage?

Siegal: I don’t know. It depends on what it is, quite honestly. If it’s something that makes sense to wrap it into day-to-day work at the station, over WBUR and other stations, we’ll certainly do that. But if it makes sense for us to incubate an idea, and then push it off to another group that has a specific expertise, maybe outside of the station, but has ties through the revenue stream back to the station, then we can look at doing that as well.

Current: What are some of the challenges that public media faces?

Siegal: I think the biggest challenge is being comfortable with ambiguity and being comfortable trying new things that you’ve never done before. That’s not something that’s isolated to public media at all. That’s something that we see across the business landscape right now, regardless of your industry. But I do think that that is going to be one of the biggest challenges. I want BizLab to become that safe space, where people can embrace ambiguity and try some ideas that may have seemed crazy or not possible before BizLab existed.

Current: Is there anything else that you’d like to add?

Siegal: This is going to be really fun. (chuckles) The reception that BizLab has had at WBUR has been amazing. There are a lot of hand-raisers across different disciplines throughout the station. There is a lot of energy behind this, and I think that the foresight that WBUR had to start this lab is going to have a positive impact, not only for generating revenue, but also for people who work at the station every day.