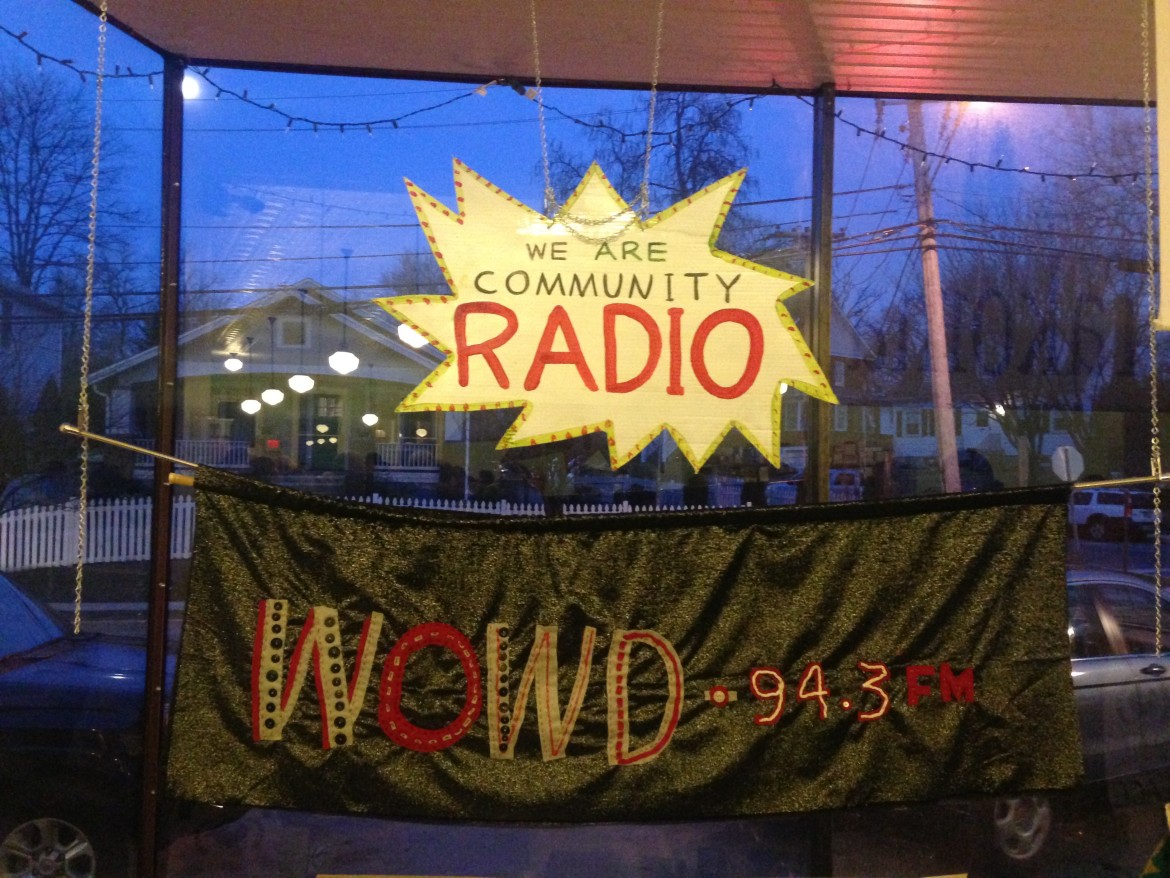 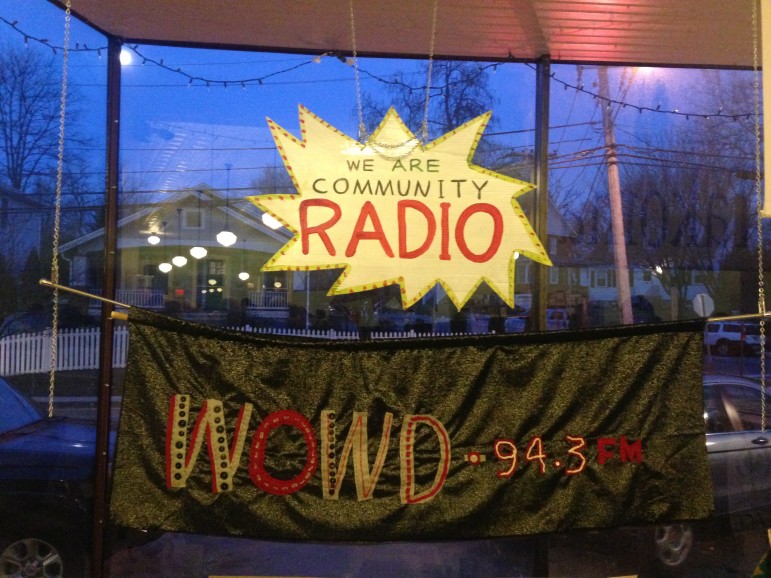 A wave of new radio stations is gearing up to broadcast in cities all over the U.S., the fruit of a 2013 window for applications to the FCC for low-power FM licenses. At Current, we’ve been waiting for the FCC to wrap up its issuing if licenses before taking a closer look at the stations that are signing on. But here’s a sneak peek at the plans of two broadcasters in the Washington, D.C., area. This article first appeared on Elevation DC.

Washington, D.C.’s radio dial is about to get a jolt of local flavor.

Most of the city’s radio stations sound much like radio anywhere else in the country, jammed wall-to-wall with ads and pop hits. Only our few public radio stations feature music from local artists and in-depth discussions about local news and issues.

But that’s going to change within the next 18 months. Two or maybe three new radio stations will sign on, featuring intensely local news and music and run mostly by volunteers.

WERA in Arlington and WOWD in Takoma Park are just two of the hundreds of new stations now signing on from coast to coast. They’re called low-power FM stations — a special class of broadcaster that covers only about a 3-mile radius with a signal of under 100 watts. Run by a hodgepodge of community groups and free from the pressure to raise lots of income, these stations can zero in on the kinds of community happenings that most other broadcasters ignore.

Many low-power stations began broadcasting after the FCC awarded a first wave of licenses in the early 2000s. But big cities like D.C. missed out. Commercial broadcasters, and even NPR, raised concerns about interference from the low-power upstarts. In response, Congress passed a law that ended up squeezing LPFMs out of big cities.

But devoted supporters of community radio fought to persuade Congress to reverse the law, and in 2009, they prevailed. The new radio stations in D.C. are reaping the fruits of that victory.

Unlike other radio stations already operating in the area, these new low-power FM stations broadcast under a few limitations imposed by the FCC. Their signals can’t exceed 100 watts of power, which keeps their reach relatively small. And they can only be run by local, nonprofit organizations.

Such a station will be a “jewel in the crown” of the country’s low-power stations, Patridge says. “We’re right in our nation’s capital, providing a little voice of what it feels like to live in D.C.,” she says. “Here we are, in the middle of everything national, and we can have a little local voice. It’s wonderful.” Partridge is working to get WOWD on the air by July 2016, the deadline imposed by the FCC.

Though Partridge is WOWD’s chief ringleader, the station is sponsored by Historic Takoma, a historical-preservation organization and newcomer to media. Meanwhile, on the other side of the city’s diamond, Arlington’s WERA (“We Are Arlington”) will broadcast from the studios of Arlington Independent Media (AIM), which for decades has operated the county’s public access cable TV channel.

Like WOWD, WERA will cover issues and culture on a local level that even its own TV programs don’t approach. AIM’s TV station broadcasts many shows produced by recent immigrants to the U.S., who also post them online for audiences back home.

AIM’s new radio station, however, will hold a microphone up to Arlington. “There will be programming guidelines that will be designed to get people producing shows about Arlington,” says Paul LeValley, executive director of AIM.

Those programs could include selections from hundreds of hours of oral histories in Arlington’s libraries, LeValley says. The library system is also creating an archive of local musicians, and “we definitely want to pursue that,” he adds. If that works out, it would fill a hole in a city where most college stations, which do feature local bands, can only be heard online.

“You go to any respectable college town in America, and you find some radio outlet for the local musicians,” LeValley says. “This world-class community probably ought to be part of that.”

But in a time when we can listen to college radio and nearly everything else on phones and laptops, does over-the-air radio still matter? Podcasts like Serial whip up buzz; we go to Spotify and Pandora for earbud fodder. Even with these digital sounds ever expanding, the area’s radio newcomers see a future in their medium.

“When word got out that we were starting a radio station, we got flooded with interest,” LeValley says. The response, often several emails a day, outshines the sometimes lukewarm response AIM gets for its TV shows. Radio “still has cachet,” he says.

WOWD’s Partridge caught the radio bug working in community radio in Alaska. She talks about radio in almost mystical terms. “It’s an invisible magic dust,” she says. “You throw it and it lands on everybody equally. It’s in the ether, and anybody can tune in. It’s a level playing field for communication.”

Nonetheless, both stations will seek bigger audiences through their web streams and online audio. Partridge has been posting recordings of her neighbors and community events on SoundCloud. At AIM, LeValley aims to have the station broadcasting online by summer, and it faces a Dec. 9 FCC deadline to get on the air.

The FCC gave out one more LPFM license to a D.C.-area organization, but the its station’s future is in question. William Tucker, a music lover with a radio background, was planning to launch WOOK, also planned as a volunteer-hosted station with a mix of music and talk shows. But Tucker is entangled in a legal battle with Sincere Seven, the nonprofit organization that sponsored his FCC application.

“The launch of WOOK . . . will likely be postponed indefinitely until the dispute is settled,” Tucker said in an email.