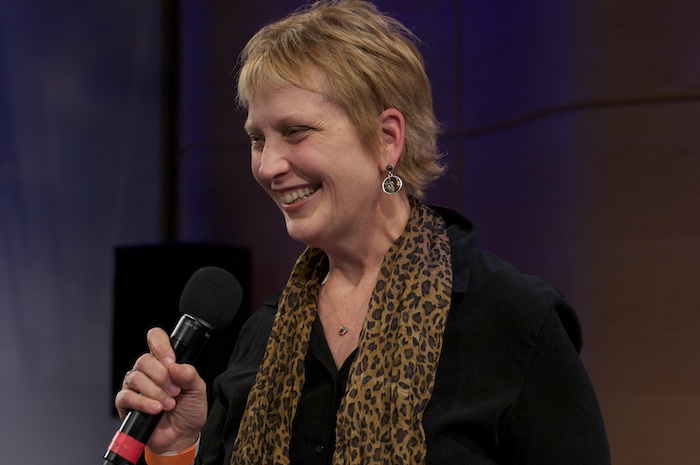 Margaret Juntwait, the radio voice of the Metropolitan Opera and a former classical music host at WNYC in New York City, died of cancer June 3. She was 58.

Juntwait got her start in radio at WNYC in 1991, according to the station, by writing a fan letter to John Schaefer, who has hosted WNYC’s New Sounds since 1982. He hired her as a part-time assistant. She went on to host two programs at the station, Midday Music and Evening Music.

In 2004, Juntwait became the first female host of the Metropolitan Opera’s Saturday afternoon radio broadcasts and only the third host of the program since the broadcasts began airing in 1931.

“Margaret Juntwait was an extraordinary woman with a deep passion for radio and music and a beautiful, engaging voice and personality,” said Laura Walker, president and c.e.o. of New York Public Radio, in a tribute on WQXR’s website. “Here at WNYC and then at the Metropolitan Opera, she was a warm and knowledgeable host who guided our musical experiences and made them richer. She was an iconic voice on the radio, a true and generous friend to so many of us and she will be deeply missed.”

Juntwait was diagnosed with ovarian cancer more than 10 years ago. According to the Metropolitan Opera, she missed just one broadcast before this year.

“Margaret Juntwait was the soul of the Met’s radio broadcasts,” said Met General Manager Peter Gelb, in a statement. “She will be sorely missed by her loving colleagues here at the Met, as well as the countless opera stars who she so deftly interviewed over the years, and by the millions of devoted fans who listened to her mellifluous hosting of our broadcasts three or four times a week, season after season.”

Before her radio career, Juntwait trained at the Manhattan School of Music as a lyric soprano.