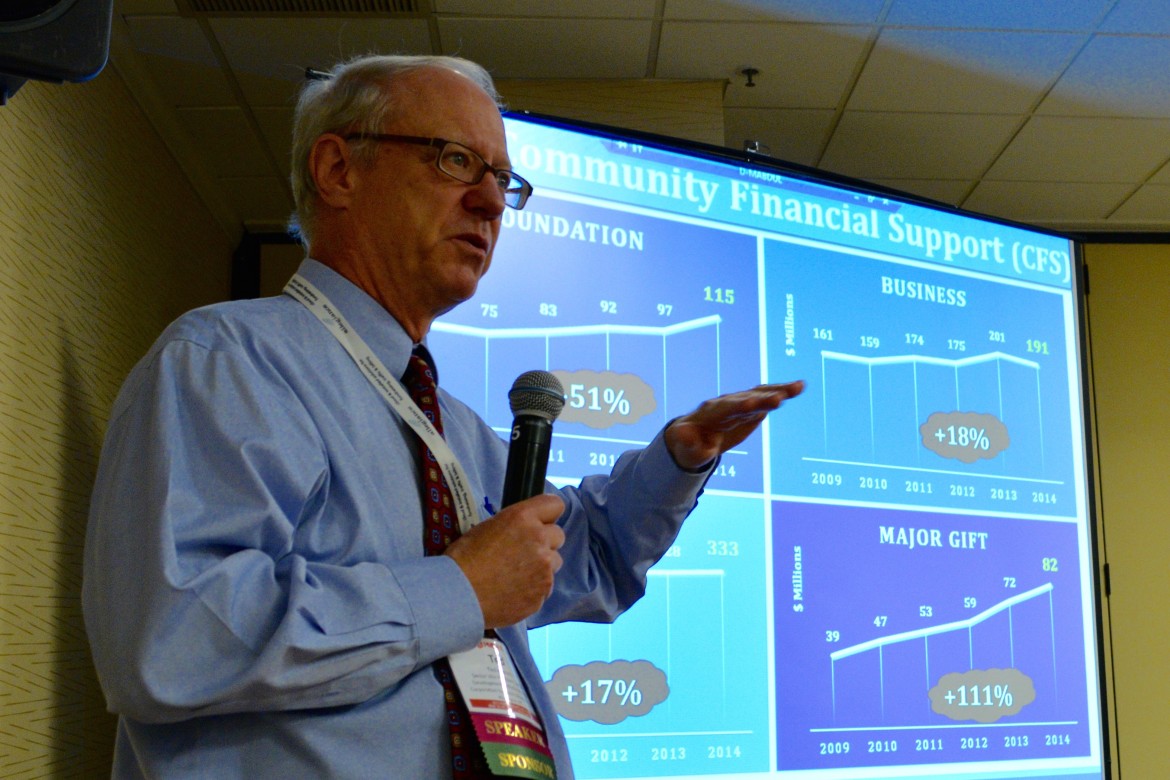 CPB's Krichels found cause for concern in some of the study's findings. 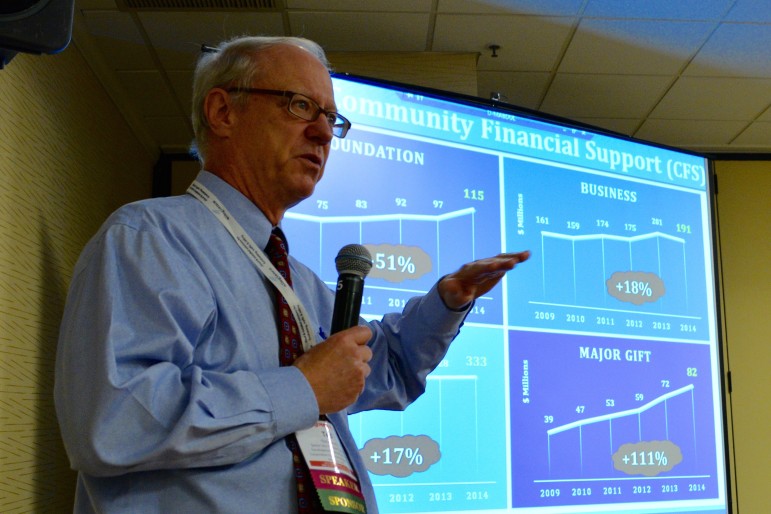 A CPB “state of the system” analysis of public broadcasting data from 2014 showed some improvements and turnarounds for public television and leveling off in public radio’s recent growth.

Public TV ended a nearly five-year trend of staff downsizing, for example, while the size of public radio’s workforce decreased slightly. Major-giving revenues increased across both public TV and radio, but membership results were mixed. The number of individuals donating to public TV stations grew slightly, while in public radio it dipped.

Moustapha Abdul, CPB’s chief financial analyst, gathered the information from about 580 CPB grantees: 410 operate public radio stations and 170 are public television licensees; 79 were joint licensees, which operate both radio and TV stations, were folded into the sample. Ted Krichels, CPB’s senior v.p. for system development and media strategy, joined Abdul in presenting the analysis May 27 during the Public Media Business Association convention in Washington, D.C.

Though the decrease in public radio’s total workforce was less than 1 percent — the number of employees dropped from 8,477 to 8,403 from 2013 to 2014 — the dip ended a four-year pattern of growth, according to Abdul.

The average salary, he said, was $44,000 and the workforce makeup was 79 percent white, 9 percent black, 7 percent Hispanic and 4 percent Asian.

For public television, staffing increased for the first time in five years. Growth was below 3 percent — the system added 266 employees in 2014 for a total workforce of 10,987. Prior to the system-wide decrease that started in 2009, total PTV staffing was at 12,106.

Demographically, the pubTV workforce in 2014 was 80 percent white, 9 percent black, 6 percent Hispanic and 3 percent Asian. The average public television salary in 2014 was $47,000.

According to Abdul, public radio ended its five-year growth in the number of individual contributors in 2014. The total dipped to around 2.8 million, a 2 percent decrease compared to 2013.

Public TV saw a slight increase in the total number of individual contributors in 2014, but the presentation didn’t quantify the gains. National membership rolls remained flat at around 3 million in 2012 and 2013. The 2014 growth was apparently enough to halt the trend of downward or flat membership that started in 2009 when the system had 3.2 million contributors.

Abdul and Krichels also presented a graph displaying changes in community-based financial support for public radio and public television stations from 2009 to 2012 and took a deeper dive into differences between stations based on the size of their budgets.

The largest radio licensees operate on budgets of more than $5 million. Most of the 58 stations in this category increased their revenues from foundation support, underwriting, membership, and major giving over the five-year period. Ninety-five percent of these stations built revenues from their major-giving programs.

Among medium-sized stations, defined as those with budgets of $2 million to $5 million, 60 percent had increased their revenues across all four categories.

Small radio stations, which operate on budgets of $2 million or less, made up 273 stations in the analysis, and their financial performance is a source of concern, Krichels said. Only 30 percent had increased revenues from major giving. Just over half — 53 percent — had seen gains in membership.

Since small stations make up most of the public radio system, Krichels described this revenue trend as troubling.

“This is not a good-news slide,” Krichels said. “A significant number of stations are doing worse.”

Most of the large PTV stations — 62 percent of those with budgets of $10 million or more — reported growth in major giving revenues from 2009–14. Just over half of small licensees, which operate on budgets of less than $5 million, also reported major giving as the biggest source of their revenue gains.