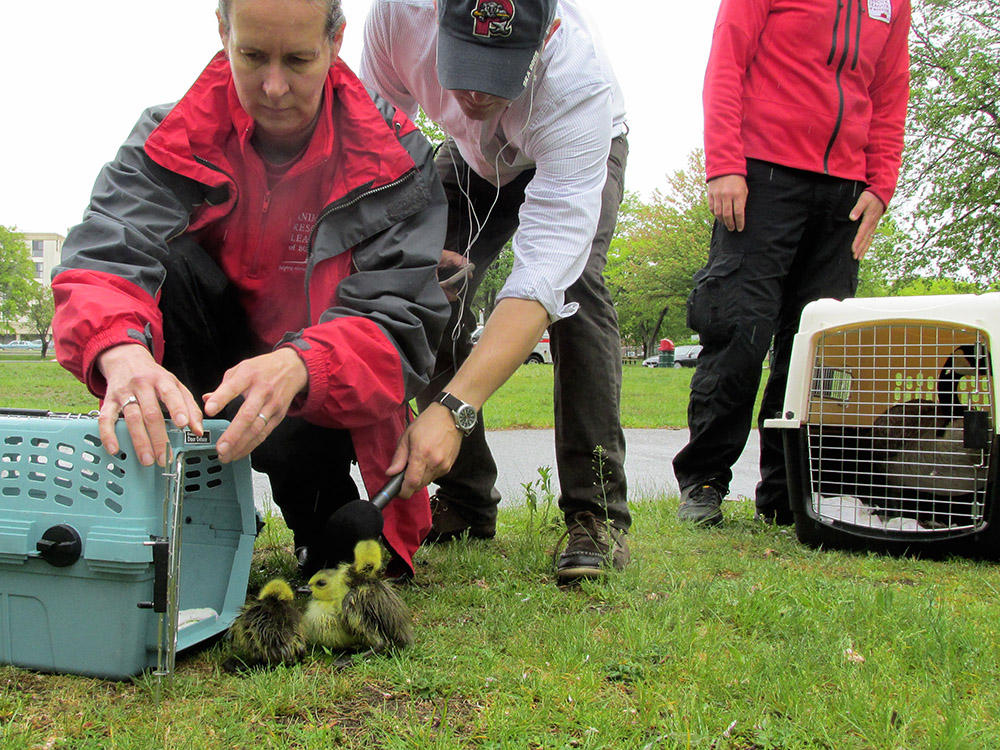 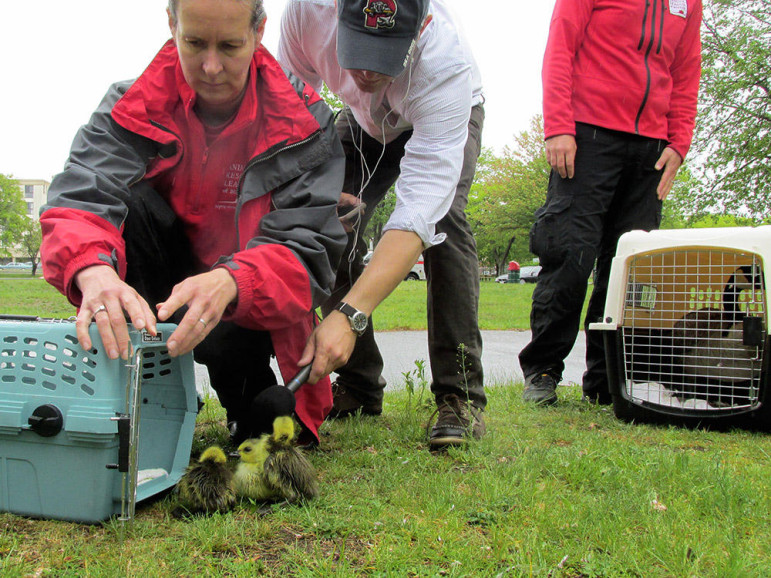 WGBH found itself in the midst of a wildlife drama this week as a family of Canada geese nesting on its roof in Boston had to be removed.

A mother goose recently nested on a patch of grass on the station’s third-floor roof near the employee cafeteria’s deck, said Colleen Flynn, spokesperson. The grass is part of WGBH’s “green roof,” reducing water runoff and providing natural insulation.

“This is the first time we’ve had any kind of wildlife here,” she said. 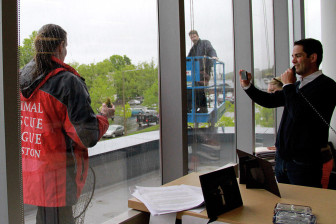 Staffers took note of the goose and also took photos as she sat on her three eggs, which hatched last week.

Then a goose emergency arose Tuesday. A gosling tumbled from its nest onto a ledge outside the newsroom a floor below. “Reporters and producers lined up at the window to see this adorable little thing trying to get back to its nest,” the station reported. 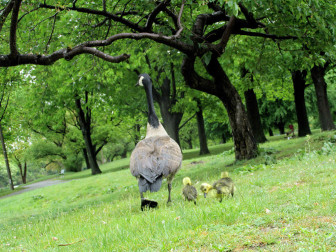 The geese in their new home.

The WGBH News team dubbed the little one Ryan — as in Gosling, Flynn noted.

Worried, staffers called the Animal Rescue League of Boston. Representatives removed the geese and goslings and released them near the Charles River. The stubborn father goose refused to cooperate but later flew from the roof to meet his family.

“The Animal Rescue League said that we shouldn’t see any more visitors this year,” Flynn said, “but there is a chance they’ll be back next year.”