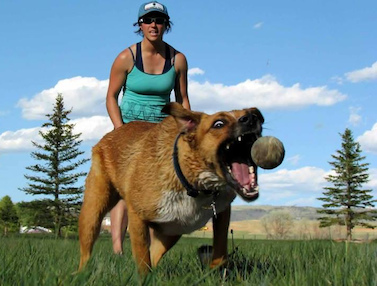 While some pubcasters offer special premiums and pet memberships for dogs, cats and birds, others use funny pet stories as a tactic for livening up midweek pledge days. KBUT in Crested Butte, Colo., keeps records of owners who purchased special dog-tag premiums and helps owners track down stray pets.

“It’s amazing to me as a development director who is used to thinking rationally and systematically,” said Mary Waldo of KUAR in Little Rock, Ark., “but when you mention on the air making a donation in honor of a pet, the phones ring.”

And public radio listeners aren’t just pledging in the names of dogs and cats. How about a sloth, rabbit or horse? Or “all the trout in Wyoming”?

At Wyoming Public Media, the fundraising team devotes “Pet Wednesday” of each pledge drive to themed appeals, and the pitches have consistently outperformed pledge breaks aired during the previous day’s Morning Edition, according to Erin O’Doherty, membership director. In planning each Pet Wednesday, she doubles the number of volunteers brought in to handle calls.

During the spring drive at Texas Public Radio in San Antonio, pet pledges accounted for some 20 percent of all new memberships, according to Janet Grojean, director of corporate relations.

Every animal whose owner pledged in his or her name received a membership card, she said. “Everybody laughs when a dog gets mail.”

But at least one professional fundraiser cautions against local pledge drives totally going to the dogs.

“The more talk about pets, the less time there is for talk about why public broadcasting is important,” said Becky Chinn, partner and creative director at Lewis Kennedy Associates in Portland, Ore. Although it’s fun to riff on the air about pets, she said, “it’s very easy to go overboard with it.”

Animal lovers are increasingly spending more money on their pets. According to the American Pet Products Association, American households  spent $55.4 million on vet care, food, vitamins, treats, toys, boarding and grooming in 2013. That’s up from $34.4 million in 2004 and $17 million in 1994.

The association estimates that the population of pets includes 95 million cats and 83 million dogs in homes nationwide. According to its 2013-14 annual survey, 68 percent of households own a pet, up from 56 percent in 1988, the year of its first survey.

KBUT began offering pet memberships about 15 years ago, according to Eileen Hughes, g.m. “People are so fond of their pets,” she said.

The $25 memberships now function as a community service for dog owners, especially for those owners who can’t keep Fido on a leash.

KBUT disc jockeys routinely receive calls from listeners who find stray dogs with KBUT tags, McFarren said, and the station has a system for reuniting the pets with their owners. Deejays refer to a spreadsheet that lists phone numbers that correspond to each pet ID number. They call the owners, often saving them from being fined by the local marshal, he said.

Chinn approves of KBUT’s approach. “What I love about this is, they have actually turned the pet membership into being about the radio station: the pets are wearing a brand for the station,” she said. And the station serves the community by helping lost pets, she noted.

Pet memberships at KBUT never come up for renewal — they last a lifetime — and the station has 200 animal names in its database, according to Hughes. Human members, who do have to re-up, total 752.

Texas Public Radio also offers branded membership premiums for canines and felines, each priced at $60. Colorful bandannas, pitched as “TPArf Scarfs,” are popular with pups, says Grojean, but “cats don’t like them.” Cat lovers can choose little water dishes with the station logo. And dogs who don’t do neckwear may prefer the branded flying-disc toy.

And for social animals, TPR sponsors quarterly TPR Dog Park Days — meet and greets for listeners and their pets. In August, a “Petstravaganza” drew about 150 participants for a costume contest and talent show.

At TPR, as with the other stations, “this has become very much an additional gift campaign by another name,” Grojean said. Many of the pledges come from current members; the average is about $60.

‘A real shot in the arm’

The pledge event has consistently bolstered listener responses to WPM’s midweek fundraising appeals during the past three October drives, according to O’Doherty. She compared the total number of pledges and dollars raised during Pet Wednesdays to the previous day’s traditional appeals during Morning Edition and found double-digit increases in both for all three drives. Pet Wednesday in October 2011 was a high point: dollars raised climbed 40 percent, and the total number of pledges grew by 48.3 percent.

For WPM’s most recent drive, concluded in October, the number of Pet Wednesday pledges increased 44 percent and raised $7,750, a 20 percent increase over the previous day’s tally. The fall drive set a new record for the Wyoming network, raising $340,000.

“It’s a real shot in the arm midweek, when it typically drags,” O’Doherty said. “And we get so many fun stories.”

Several members who had already pledged called back to make additional donations, including one listener who honored the badger living in his backyard, O’Doherty said. Another caller contributed “on behalf of the antelope that grazes behind the veterinary lab where she works. One guy visiting from out of state called to donate on behalf of all the trout in Wyoming.”

Volunteers perk up, too

KUAR’s Waldo had previously worked pets into her fundraising drives, but this February she worked with Karen Tricot Steward, content development director, to craft special pet pitches for Saturday fundraising. “It was kind of a slow time,” Waldo said. “We thought it would perk things up.”

The station aired a This American Life segment in which host Ira Glass talks about his high-maintenance pit bull. Then Waldo read a short, sentimental poem from Bark magazine. “I was prepared to read dog-bone recipes, but that wasn’t even necessary,” she said. “The phone began to ring immediately.”

Waldo recalls an immediate response: “The phone calls did increase, absolutely.” This created an unexpected complication for those on the phone bank. “Everybody calling in wanted to share their dog story, and volunteers have pets too, so they were having these nice, long conversations,” she said. “We finally had to say, ‘We need to hurry this along.’”

This is a trap to avoid, especially for talent who are pitching on-air, Chinn said. “When when we look at our drives, particularly radio, a lot of people aren’t fundraisers,” she noted. “We have hosts, board members, volunteers, staffers. Not everyone is comfortable as a professional fundraiser. It may be easier for them to talk about pets” instead of more serious, mission-oriented requests for support.

NHPR worked with Lupine Pet, a collar manufacturer in nearby Conway. “Their collars are really well-known, especially in this area,” Szelog said. “They’re very tough, and the design is nice. They’re guaranteed for life.” Lupine offered to donate $1,000 if the station received 75 calls between 8 and 10 a.m. Oct. 21 during Morning Edition. To spur donations, NHPR offered a special premium for callers who signed on as sustaining members, offering a voucher for a $15 discount on Lupine products.

Fortunately, NHPR went on to hit its overall drive goal with $355,000.

Szelog remains puzzled by listeners’ disappointing response to the challenge, but she speculates it could have had something to do baseball. On Oct. 19, the night before the Lupine challenge, the Boston Red Sox clinched the American League title. “People may have been celebrating all weekend.”

And she’s not giving up on pet pitching. “I told Lupine Pet that I would contact them in the future to see if they would be interested in offering the challenge again,” she said. “Probably during our next big fund drive in the spring.”