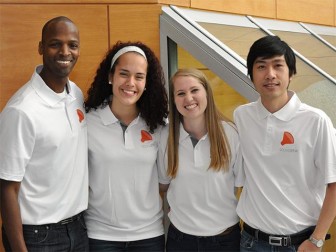 The Public Media Platform is a digital content distribution system founded by NPR, PBS, Public Radio Exchange, Public Radio International and American Public Media. Students from the Missouri School of Journalism and the University of Missouri College of Engineering created teams and started working in the fall on developing prototypes of products and services that would use the PMP and expand public media’s audience.

SoundStir’s potential to form communities around topics and its ability to collect metadata that can be used by public media providers to improve programming helped it edge out the competition. “These guys kicked it from the start to the end,” said PMP Executive Director Kristin Calhoun. 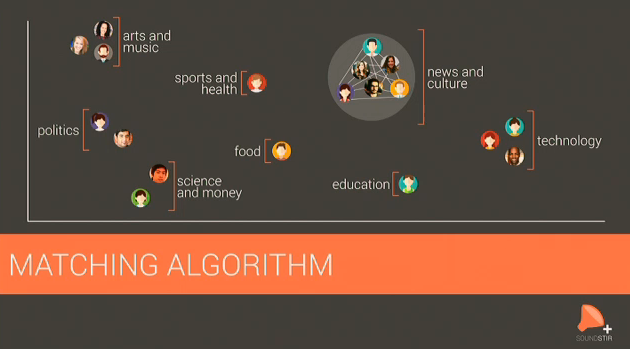 SoundStir uses an algorithm to match listeners’ preferences and form communities around topics.

Two other teams were finalists. One created Team Delve, a Google Chrome plugin that lets users highlight content and match it with related PMP content. Clickable summaries of matches appear in a sidebar.

The fourth finalist was Story Grove, an Android app that allows for public media content curation. The app creates a virtual backyard of content “trees” that can be shared with other app users.

The SoundStir and Turnip teams won a trip to Washington, D.C., in May, where they will have the opportunity to pitch their products to a group of public media executives at NPR. All four teams also won their choice of an Apple Watch or Android smartwatch.