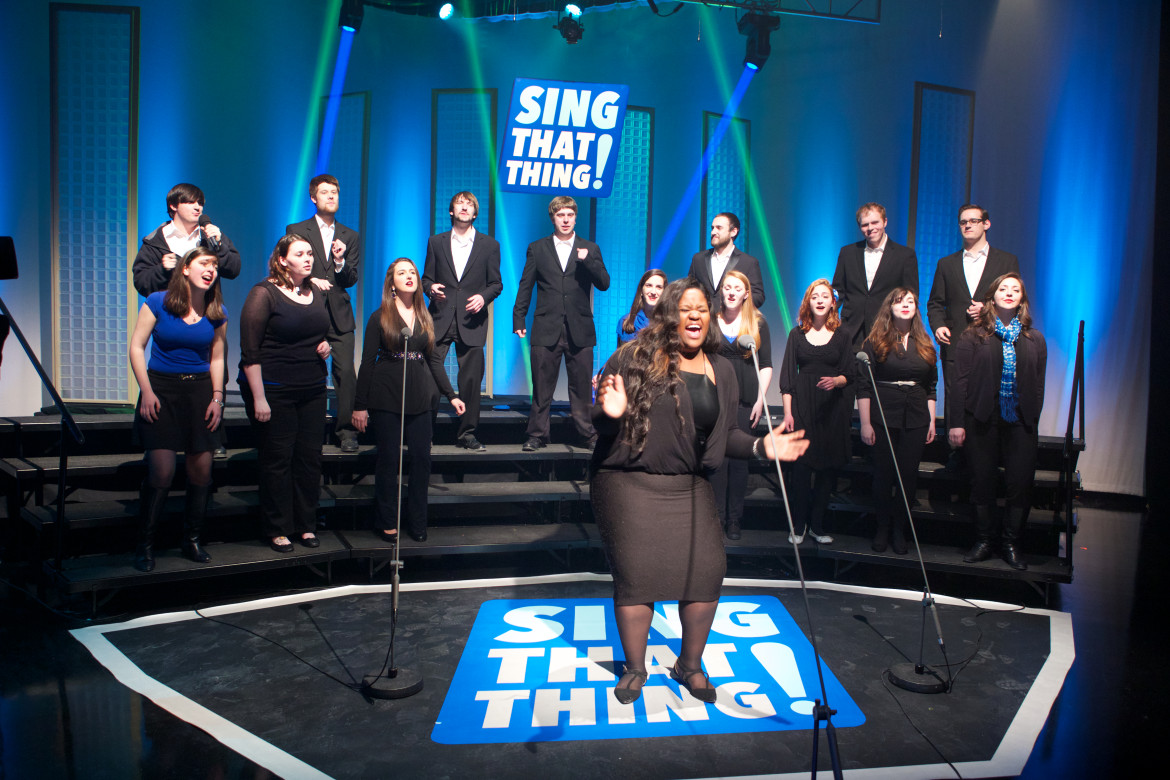 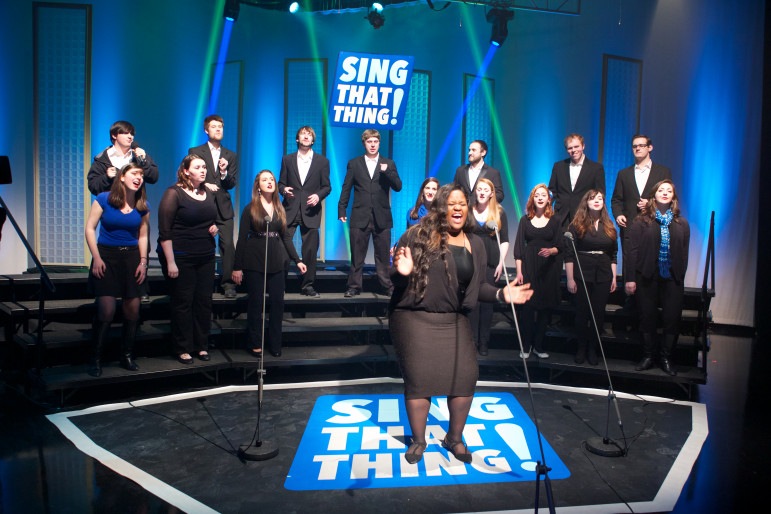 It’s not American Idol or The Voice — yet — but producers of WGBH’s new original series Sing That Thing! have high hopes for public broadcasting’s version of a reality singing competition.

Choirs, not soloists, are stars of this new show at a time when group singing has become a prominent American pastime and a cappella in particular a national infatuation. Think Pitch Perfect for eastern Massachusetts.

The six-episode series debuts on WGBH April 17 and features 23 choirs from around the region, culled from 55 who auditioned, in four categories: high school, college, small adult and large adult (based on group size, not weight class). The choirs span a wide ethnic and socioeconomic spectrum with music including classical, gospel, pop, experimental and show tunes.

Cheng, WGBH’s general manager for television and the series’ executive producer along with Patricia Alvarado Nuñez, called Sing That Thing! a kind of “local educational and outreach version” of The Voice. “The difference is that these are teams of people. In American Idol, et cetera . . . they leave everyone behind.”

And on Sing, “no one gets embarrassed,” Cheng promised. “We don’t put on anyone who isn’t ready.”

Cheng hopes other PBS stations will replicate the model once word gets out. “It could be local, regional and then national.”

Cheng, an Emmy-nominated producer, joined WGBH in 2011 as general manager for World, a digital channel for global independent film and documentaries. She moved to her current role about 18 month ago. Previously she was a v.p. at Hearst Television’s Boston ABC affiliate WCVB-TV, where she directed programming and communications. She produced dozens of concerts, including 10 years of Pop Goes the Fourth! and Holiday Pops. She also worked with Sing That Thing! host Anthony Trecek-King, director of the Boston Children’s Chorus, for five years of Raising the Roof: Celebrating Martin Luther King Jr. in Song.

The first five half-hour episodes of Sing That Thing!, taped over several days in February, feature 23 groups performing their signature pieces, interspersed with mini-documentaries about the back stories of group members. Local musical luminaries such as Keith Lockhart, conductor of the Boston Pops Orchestra, and Lisa Graham, director of choral music at Wellesley College, offer performing advice in one-minute interstitial master classes.

For the one-hour finale, produced live before a studio audience, eight finalists, two from each category, will sing the same piece, an original song that was commissioned pro bono from Jim Papoulis, a composer, orchestrator and conductor who has collaborated with Natalie Cole, Faith Hill, Tony Bennett, Christina Aguilera and Celine Dion.

The winner will be invited to perform at the Boston Summer Arts Weekend and other high-profile venues.

Each episode is peppered with facts about choral music, such as that children who sing in choruses get better grades and have enhanced social skills, choral singers are more philanthropic and civic-minded than the general public, and singing increases happiness. According to an often-cited study by Chorus America, more than 42 million people in the U.S. (32.5 million adults and 10.1 million children) sing in 270,000 choruses, making it the most popular form of performing arts participation in the U.S.

“It’s hard to think that in so many public schools it’s the first extracurricular activity that tends to be cut. I have nothing against football, but that’s usually the last thing to get cut and music the first,” Cheng said.

Nuñez, an award-winning producer and director with a long and eclectic career in public broadcasting, said that when the team began interviewing choir members, “what we realized was that they take music to schools that don’t have music. Through them, the community gets access to music.”

With 600 singers involved, Sing That Thing! in some ways resembles WGBH’s popular local series High School Quiz Show “in terms of sheer numbers,” Cheng said. “That was a precursor. Hundreds of kids come through, all tweeting, going on Facebook and talking about their experience with WGBH and engaging the community. . . . That’s a wonderful way of reaching out to people.”

Producers said the choirs bonded with each other and the show during a taping in Boston amid “Snowmageddon,” the third winter storm in two weeks that dumped two feet of snow on the city February 10–11. Groups faced obstacles getting to the studio, including lack of public transportation, but all but one high school group made it.

WGBH’s classical radio station has been a major resource for the show and “very, very supportive,” Cheng said. Radio host and producer Cathy Fuller “has been our music advisor and has been there all along the way. We’ve been through many sessions with her to narrow down the groups.”

The radio station will promote the show and likely air excerpts, Cheng said. “Down the line, it might make sense to do something with them, but they’re more focused on classical, not pop and modern [music],” she said.

WGBH also struck an unusual partnership on Sing with Emerson College for what it’s calling a new production model and a way to further expand the educational reach of the show. Fifty-nine students working in shifts were embedded alongside the show’s staff after a two-day training. They handled all steps in the production process, including shooting, sound, editing and postproduction.

Jonathan Abbott, president of WGBH, hatched the idea for Sing That Thing! Abbott sings in a chorus and was interested in bringing an amateur choral-competition show to the eastern part of the state, Cheng said. WGBY in Springfield, a sister station in broadcasting to western Massachusetts, produces a singing show, Together in Song, now in its fifth season.

“We got some ideas from it,” she said. “They have groups come on and sing, but they don’t have a second layer to the competition. . . . For a while, they weren’t having a winner,” Cheng said. So the show lacked a competitive frisson to keep viewers engaged.

That said, for the creators of Sing that Thing!, competition serves more as a means to an end — to celebrate singing, to engage with the local community and to stage a showcase, not a contest.

Chen particularly values the egalitarian nature of singing. “You don’t need expensive lessons or instruments, just other people who might want to sing with you,” she said.

“We hope that we can get funding and support, and that there’s a call for us to do a Season Two.”

Correction: An earlier version of this story misnamed Anthony Trecek-King.