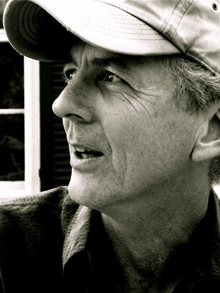 Bill Deputy, a former engineer and technical director for NPR’s All Things Considered, died March 22 of lung cancer. He was 58.

In a tribute, Robert Siegel, senior host of All Things Considered, called Deputy the show’s “guardian of sound.” “Sound was a serious business for Bill,” he added. Deputy worked on ATC from 1986–2009. After leaving the show, he went on to work for American Routes as a producer and technical director.

On a March 23 Morning Edition segment about Deputy, David Green, the show’s co-host, called him “one of NPR’s finest for almost 20 years.”

“He understood how sound can create pictures — pictures as vivid as any painting, as clear as any photo,” said Renee Montagne, co-host of Morning Edition.

“Bill was soft-spoken, kind and demanding,” she added. “His love for audio helped shape this network.”

“I call him an artist whose paintbrush is the microphone,” said Nick Spitzer, host and producer of American Routes, in a tribute. “But that microphone couldn’t do as well as it did if he didn’t have that great aesthetic and those good ears and a great heart.”

In addition to his audio work at NPR, Deputy was a co-creator of All Songs Considered and was one of the “primary architects for NPR’s migration from analog tape to digital workstation production,” according to his American Routes bio.

Before joining NPR he worked for Soundwave, Inc. in Washington, D.C. as mix engineer for weekly postproduction of Fox’s America’s Most Wanted.

Here are some audio clips posted on Deputy’s SoundCloud page: