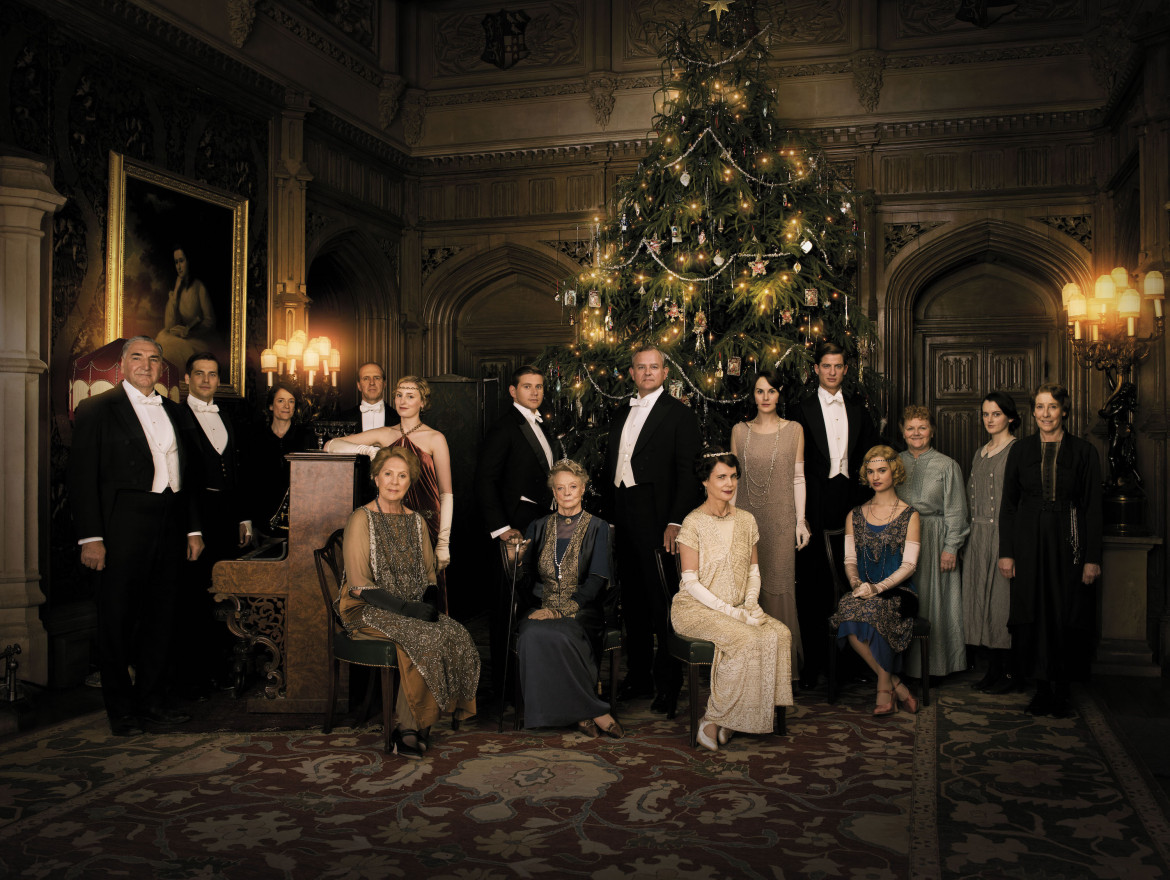 The final season of Downton Abbey will end next year with its traditional Christmas special. (Photo: Nick Briggs, Carnival Films) 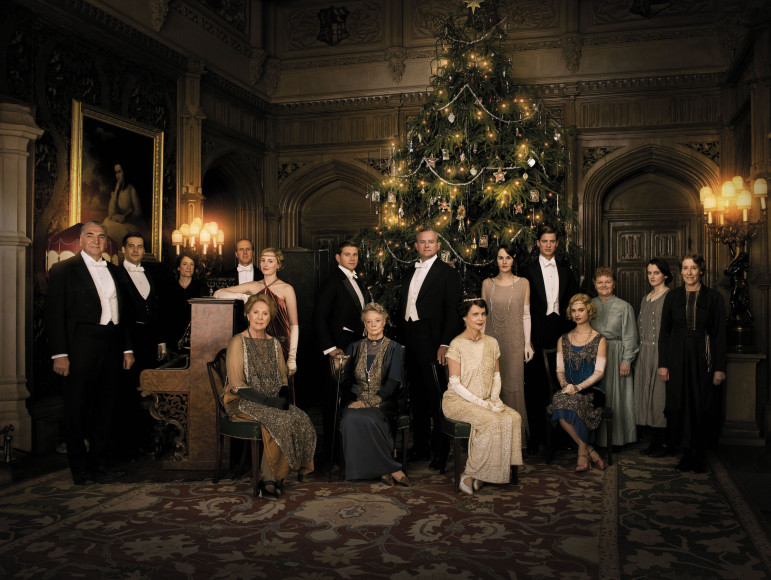 Downton Abbey, the lush Masterpiece costume drama that brought PBS its first mega-hit series in years, will end after Season 6 airs next year.

But not without a fond goodbye. PBS is hoping “to make the coming year a celebration of Downton Abbey,” PBS President Paula Kerger and Jon Abbott, president of Masterpiece producer WGBH, said in a letter to TV station executives Thursday.

In a Thursday conference call with reporters in the U.S. and Britain, Downton Executive Producer Gareth Neame said the decision to wrap up production was made over the past months with input from creator Julian Fellowes, the cast, producers and even the Earl and Countess of Carnarvon, whose home, Highclere Castle, stars as the abbey.

Masterpiece and PBS were also in on the decision. “Every year, we talk about storylines for next year,” said Rebecca Eaton, Masterpiece e.p., in an interview. “How long does this go? Does the story still have juice? So we knew this was coming months ago.”

The series has always been “very much the child” of Neame and Fellowes, Kerger told Current. “They had a story they wanted to tell,” she said. “When we originally started working with them, this was seen as a three-season project. They dove in and continued to shape it.”

“You have to respect the creators when they know they’ve told their story,” Kerger added.

The announcement will prompt “mixed emotions” with everyone involved, Neame said. “Cast members are excited to move on and see what comes next. But it’s tinged with sadness. This show is such a huge part of their lives.”

Neame provided scant details of Season 6, which he said will have the usual 11 hours over nine episodes and culminate in a Christmas special.

The show, which weaves story threads of the family members and servants of British nobles Robert Crawley, Earl of Grantham, and his wife, Cora Crawley, Countess of Grantham, premiered on Masterpiece in 2011. Since then, it’s become “an indelible part of popular culture,” PBS said in its announcement, parodied by late-night comics, Sesame Street and Saturday Night Live, and sparking multitudes of discussions on Twitter and Facebook. Its cast has appeared on national talk shows and the covers of magazines.

It even inspired Downton Tabby, a book in which the characters are played by cats.

Downton has had an enormous impact on Masterpiece. Since Downton began, Eaton said, ratings for all Masterpiece presentations have increased between 25 percent and 30 percent, and the show is now fully underwritten. PBS has requested an additional 20 hours of British drama for Sunday nights.

The series “has been transformative for us,” Eaton said, especially impressive for an icon series in its 45th year on the air.

But Downton has achieved much more for public television, Kerger said. “For a lot of people in the system, it made them believe that anything is possible,” she said, “that we can have these moments that bring stories to the American public that truly sparkle.”

Kerger called Downton’s success “magical, like lightning in a bottle.”

Downton has also had a large role in PBS’s financial windfalls over the past several years. PBS closed its books in fiscal 2013 with an additional $24.5 million, in large part thanks to Downton distribution deals; in fiscal 2014, that figure was $30.7 million. Those deals for streaming rights, digital distribution and DVDs will continue in the show’s afterlife, Eaton said, “so it can be profitable even after its last broadcast.”

Kerger said PBS has been anticipating a post-Downton schedule. Eaton said the upcoming Wolf Hall and Poldark “are Downton-like in that they are crowd-pleasing, eight- to 10-part period series.”

Eaton is also looking at “quite a few interesting series” from producer Carnival Films. “We’re always talking to them,” she said.

Neame told Current that PBS and Masterpiece “are fantastic partners.”