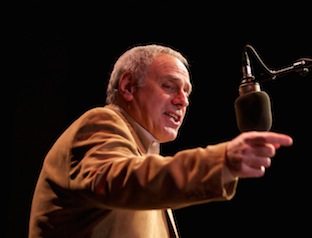 Richard Sher, host, creator and executive producer of the public radio game show Says You!, died of cancer Feb. 9 at Brigham and Women’s Hospital in Boston. He was 66.

Sher created Says You! in 1996. In addition to hosting the show, Sher was the president and founder of Pipit & Finch, the marketing and media development company that produces and distributes Says You! The shows airs on over 100 NPR stations.

Before creating Says You!, Sher worked as a freelance producer and writer for Boston’s WBZ and WCVB TV stations, according to The Martha’s Vineyard Times.

According to his Says You! bio: “Richard almost didn’t work in radio. He started out as an optician. Really. We couldn’t see it either.”

The show will continue, according to its website. “It was Richard’s wish that the show continues — the laughter it generates from you, our loyal listeners, will be the greatest gift that could possibly be hoped for.”

He is survived by his wife, Laura Price Sher, and his son, Benjamin Payne Sher.