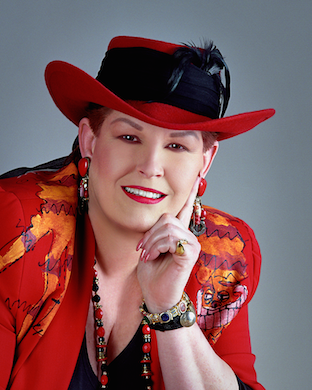 “The Hat Lady,” as Rogers was known, began her career in public media in 1998 at KUHF-FM, now part of Houston Public Media, as an underwriting account executive. She quickly became known for her “colorful hats and big personality,” Houston Public Media said in a statement.

“Kathy’s powerful personality and her trademark hats became a calling card,” the statement said. “But her remarkable commitment to making friends and caring for them like family is what made her special.”

Before her career in public media, Rogers worked in sales at the Dallas Business Journal and Houston’s KQUE, a commercial radio station. She was also a fashion model and owned her own modeling studio.

Rogers is survived by her mother, Betty Lazenby; her sister, Linda Ellison; and her brother Mark Lazenby, and his wife, Debra. She is preceded in death by her father Ray Lazenby and by her husband, Mike Rock.