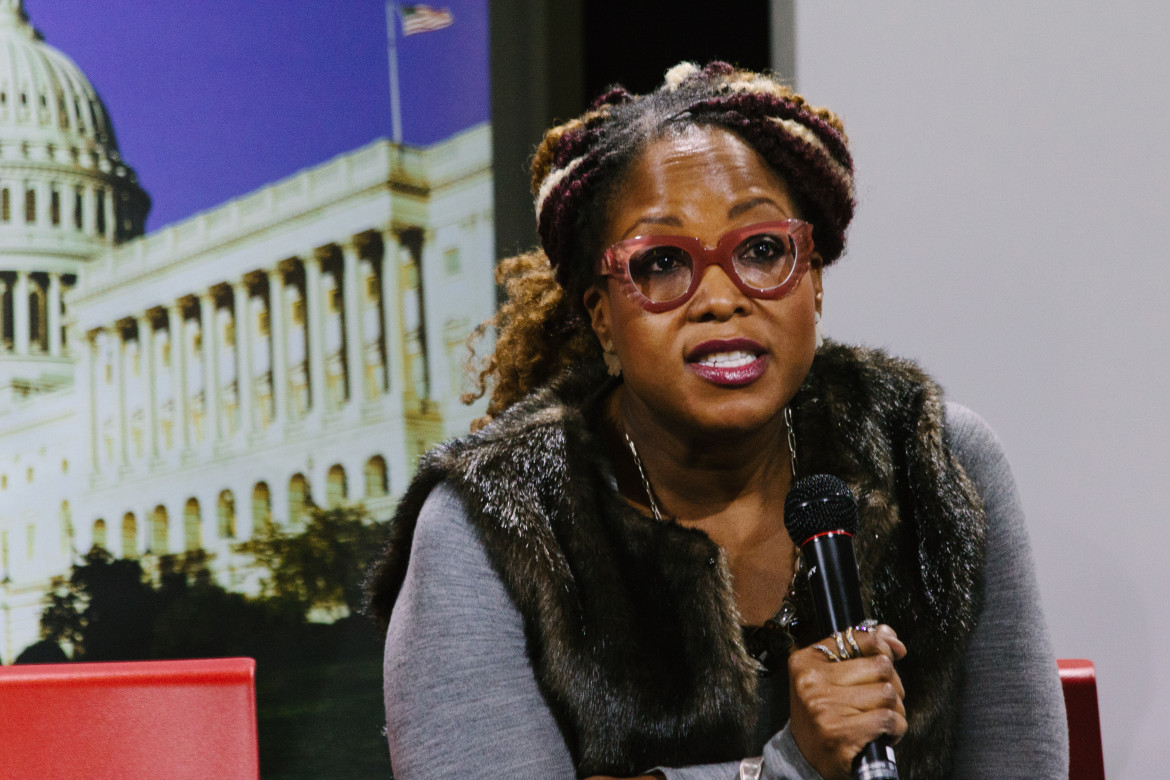 At a forum about documentaries on public TV, PBS’s Nelson tells the crowd how she came to the network because of her interest in independent film. (Photos: Adrienne Rae, memorandumimage.com) 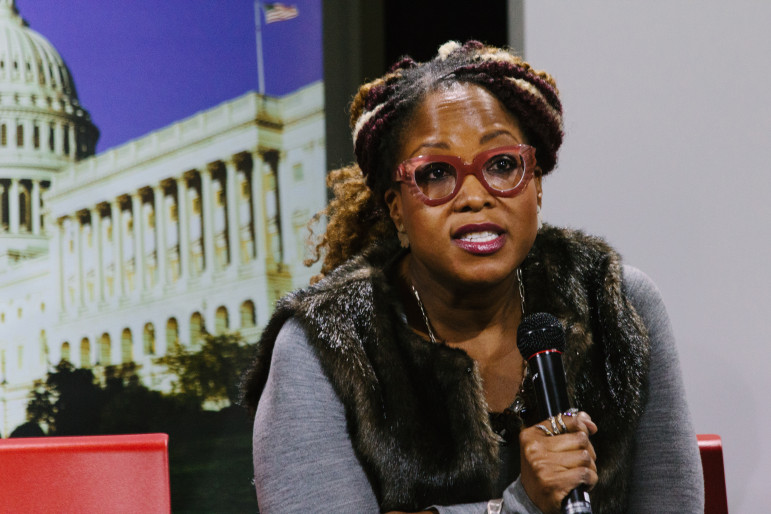 At a forum about documentaries on public TV, PBS’s Nelson tells the crowd how she came to the network because of her interest in independent film. (Photos: Adrienne Rae, memorandumimage.com)

WASHINGTON, D.C. — Yet another packed auditorium greeted a panel of public television producers, executives and other stakeholders Thursday as fans of independent films on PBS rallied in support of showcases Independent Lens and POV.

The event wasn’t an official stop on the PBS/WNET nationwide “listening tour,” but the format was the same: testimonials from a wide variety of passionate speakers, followed by assurances from panelists that those voices were being heard.

Representatives from PBS’s New York station are taking into account what they hear at the gatherings as they decide whether to proceed with plans to shift the documentary showcases onto a secondary channel and into a fringe time slot.

This time, the conversation was part of the Media That Matters conference sponsored by the Center for Media & Social Impact at American University’s School of Communication.

Lesley Norman, WNET production executive, said in an interview after the event that the station is “working very closely with PBS and the series” to figure out the optimal scheduling strategy. The listening tour “is a conversation as to the best thing to do. We’re in the middle of listening.” She added that WNET is “very genuine” in its concern for consideration of testimonials at the events. 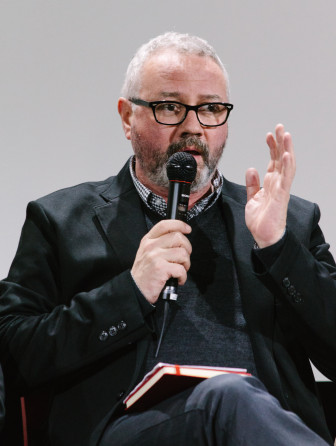 Simon Kilmurry, executive director of POV, remains optimistic about the process. “I have faith in the goodwill of everyone at the table,” he said. “A lot of the themes I’ve been hearing tonight are mission, diversity and impact. And that’s what we all believe in.”

Kilmurry said that comments at the public events inform smaller working groups looking to create “a strong national schedule for both series, with a strategy for promoting and building engagement around the films on both the series.”

The working groups, which meet immediately before listening tour events, include representatives from local stations as well as producers. “I’ve been in the system for quite a long time,” Kilmurry added, “and to have producers welcomed into those working group conversations has been incredibly helpful.”

Producers were also part of the panel. Byron Hurt, a member of the co-sponsoring Indie Caucus, described a conversation he had earlier that day with an older train conductor. As the train pulled into Philadelphia, the conductor was discussing the graffiti along the tracks. “He talked about how he thought many of those messages may be negative, and how rap and hip-hop were also so negative,” Hurt said. “I spoke up. I told him that I made a film about hip-hop that aired on PBS. His mouth fell open. I had credibility because of that.” Hurt directed Hip-Hop: Beyond Beats and Rhymes, which aired on Independent Lens.

“And I talked to him about how many of the artists are not doing anything negative,” Hurt said. “They’re brilliant and creative people coming from marginalized communities. And that we needed to focus on how corporate media is marginalizing the voices of those artists.” Independent films on public television “are the counter-narrative to those stories that don’t get told.”

Many supporters echoed those feelings. Blair Dorosh-Walther directed Out in the Night, airing on POV in June. The documentary profiles four African-American lesbians who fought back after they were threatened by a man on a New York City street in 2006 and refused to plead guilty to charges of gang assault. For black lesbians, Dorosh-Walther said, “POV is going to be their megaphone into their communities.”

Erica Ginsberg, executive director of incubator Docs In Progress, asked the panel, “Where else but on PBS in primetime can you see a film about a transgender Pacific Islander?” She was referring to Kumu Hina, a film about a hula teacher to be featured on Independent Lens in May.

Several speakers focused on how documentary films on public television changed lives. One came from the subject of a POV documentary. Dominic Fredianelli, a veteran featured in Where Soldiers Come From, said such programs “not only helped me and those involved directly with the film but countless others as well.” He is now an art student at George Washington University and uses the film as a therapy tool for other veterans.

A representative from Protect Our Defenders, which advocates for victims of sexual assault in the military, said the Independent Lens film focusing on that issue, Invisible War, “brought the voices of those survivors into homes nationwide” and the issue out of the shadows.

The series are also important to the next generation of filmmakers, several speakers noted. Aspiring producer Lance Kramer said that because the filmmaking community is so decentralized, “the work that makes it onto those series serves as guideposts for how we do our work,” in the same way that a young athlete emulates an Olympic star.

Public media, Kramer added, can be compared to the National Mall in Washington, D.C., home to prestigious museums. WNET’s proposal to move Independent Lens and POV “is much the same as if we went to the National Museum of the American Indian on the Mall and said, ‘Sorry, guys, there’s no space here anymore. You’ll have to move three blocks down the street.’ People would be up in arms if we did that.”

Listening from the stage was panelist Marie Nelson, who joined PBS late last year as v.p. of news and public affairs and works with independent producers. Nelson confessed that for many years, she didn’t watch public television.

“It didn’t really feel connected to the issues important to me and my community,” said Nelson, who is African-American. “One of the things that brought me back was independent film. I came to PBS in this capacity to figure out the best ways to engage new audiences and to attract more people to the work of the independent filmmaking community and to these series.”

Testimony from speakers at the listening tour events nationwide “means this community is incredibly vibrant and people are committed. That’s what we need to make sure that independent film remains a priority for public broadcasting,” Nelson said.

“These are incredibly complicated times in media,” Nelson added. “There are lots of competing priorities, all trying to figure out how to leverage all the platforms and deal with all the ways our audience is being engaged in other places.”

“This is a conversation that needs to be had,” she said.