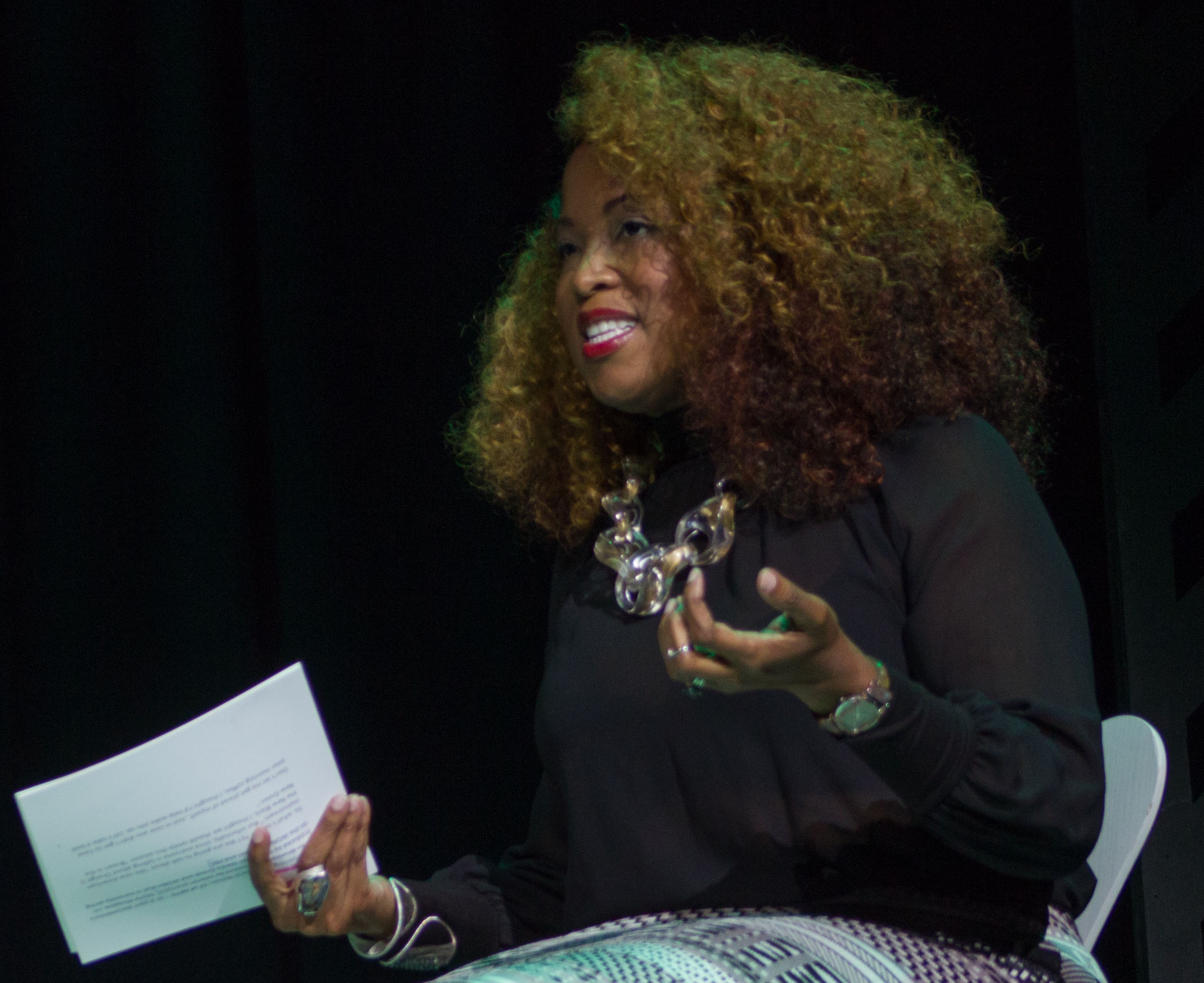 Prior to joining PBS, Nelson led co-production of "America After Ferguson" at WGBH.

In a move to bring more visibility and impact to PBS’s news and public affairs programming, the network has added a new v.p. to its roster of programmers, a journalist who brings executive-producer credentials and experience with engaging diverse audiences.

Marie Nelson was named PBS v.p. of news and public affairs in November. A former producer for ABC News, NPR’s Tell Me More and WGBH in Boston, she was drawn to the job, she said, because it was clear that PBS programming chief Beth Hoppe and her team were “looking to signal to the system overall the importance of news and public affairs programming,” ensuring it is seen as “on par with history and sciences and arts and culture.”

She arrives at PBS a time of transition and challenges. PBS NewsHour is emerging from a period of shaky finances with a new owner and executive producer. PBS is evaluating a possible schedule change for the independent film strands Independent Lens and POV. Though the proposal has been under discussion, the tensions it raises went on full display last month when New York’s WNET announced a plan to shift the indie series from their Monday-night home and out of primetime on its flagship station. The resulting outcry from independent filmmakers prompted WNET to postpone the change.

Attracting more viewers to PBS news programming has been a longstanding challenge; the digitally splintering media environment has made it even harder to grab an audience. Meanwhile, producers of color would like PBS to find the airtime for new public affairs programming from diverse voices; the issue was raised in a recent National Black Programming Consortium webcast.

Against this backdrop, many of the goals outlined in a 2009 PBS-commissioned report on news and public affairs programs remain unfulfilled. The report by former ABC News producer Tom Bettag recommended ways for producers to collaborate more effectively and bring more visibility to public affairs content. One major setback in following through on Bettag’s recommendations came in 2011, when PBS pulled back from a plan to launch a website that aggregated all of its journalism, and that of NPR.

Maria Hinojosa’s Futuro Media Group, which worked with Nelson to produce its recent eight-part series America By The Numbers, issued a statement on the appointment: “We think it bodes well for the system relative to new ideas and hopefully new thinking around issues of modern journalism and diversity and new approaches to storytelling.”

“She helped us build significant numbers of younger and more diverse viewers with ABTN and we are so thankful for her sharp editorial perspective,” Futuro’s statement continued in part.

The PBS post opened up, and was elevated to a v.p. level, last fall after Andy Halper, who had been senior director of news and public affairs, departed for a job directing content distribution at WNET. At PBS, Halper was instrumental in creating PBS NewsHour Weekend, which was a significant expansion of PBS’s commitment to journalism.

News, public affairs and independent film are “one of our absolute pillars,” said Hoppe. She stepped into PBS’s top programming job two years ago and hired Nelson into a higher-profile role than senior director of the genre. As v.p. , Nelson will oversee the work of news and public affairs producers, and “make sure we’re going in the right direction.” She also expects Nelson to chart a course for the genre’s future.

“If she does her job well, hopefully all the guys will be working better together, and more people will be consuming our content,” said Hoppe, referring to the many producers that contribute to PBS’s public affairs lineup, including the weekday and weekend editions of the PBS NewsHour and Charlie Rose; Frontline, Tavis Smiley and Washington Week with Gwen Ifill. Nelson will also work with producers of Independent Lens and POV, many of whose films fall into the realm of current affairs.

Nelson will also develop specials along the lines of the September multiplatform America After Ferguson, a PBS special that she produced at WGBH in Boston. The town hall–format program explored race relations and other dimensions of the shooting of Michael Brown, an unarmed black teen, by a white police officer in that Missouri city. “She was so key to really having her finger on the pulse of the conversation, making sure the right people were in the room,” said Hoppe of Nelson’s work on that project. WGBH co-produced the special with WETA in Washington, D.C., and PBS. Similar programs on other topics are expected to debut in the coming year, Nelson said.

Prior to joining PBS, Nelson served as executive producer of national programs at WGBH, where, in addition to overseeing projects such as America By The Numbers, she developed pilots for a political debate series, Point Taken.

During her multifaceted career, Nelson has jumped back and forth between international development, government service and journalism. Born in the U.S. and raised in Liberia until the 1980 coup forced her family out, Nelson said issues of “how to rebuild civil war–torn societies had personal resonance for me.” Following South Africa’s post-apartheid national election, Nelson managed a USAID-funded training program for newly elected officials; she later worked in the Clinton administration directing the efforts of Rev. Jesse Jackson in his role as the president’s special envoy to Africa.

The lack of quality international news coverage subsequently drew Nelson into journalism, she said. In the aftermath of the 9/11 terror attacks, Nelson became an ABC News producer, working on World News Tonight and Nightline.

She worked with correspondent Michel Martin on Nightline, and the two eventually decamped to NPR, where Nelson was the founding executive producer of the daily Tell Me More, hosted by Martin. She called the show’s launch an opportunity “to create the kind of show that I always wanted to hear” and to expose public radio to “more diverse audiences.”

Nelson returned to public service during President Obama’s first term, as an appointee directing the communications and outreach efforts of the State Department’s Office of the President’s Special Envoy to Sudan. From there it was back to journalism, where she helped BET Networks shift its news operation from mostly digital video shorts to a long-form strategy. As acting vice president of news and original programming, her projects included Battleground 2012, a yearlong politics initiative.

After signing on at PBS Nov. 10, Nelson went on a cross-country “listening tour” to understand the shows’ production cycles, workflow, opportunities and challenges. One issue that has come up repeatedly, she said, is a desire to learn from each others’ work in digital and social media, where show teams have mostly crafted their own approaches.

Frontline, she noted, has developed innovative strategies to promote stories months in advance of their air date, and has just announced new funding for a digital team, while NewsHour worked out challenges of producing a daily live stream. Her job is to “bring to bear the best practices” across all the shows, she said.

PBS NewsHour executive producer Sara Just called her former Nightline colleague “a very creative and smart journalist, one who I think will be a terrific partner in this going forward,” as the shows attempt to coordinate the flow of information beyond an existing biweekly phone call.

Just expects the collaboration will result in more cross promotion: “Trying to be heard in the media landscape now is challenging,” she said. Additional resource sharing will also be on the agenda. NewsHour, Nova and Frontline already share a correspondent, Miles O’Brien, she noted. (O’Brien also has a CNN contract.)

Frontline’s Aronson-Rath also endorses Nelson’s mandate to facilitate more cooperation among PBS’s public affairs producers. “One of the things about our system is we need to be telling each other more about what we’re doing,” she said. In addition, “I hope we can all work together on some really big ideas in the coming years.” She cited the nearly weeklong programming initiative After Newtown, produced in the wake of the 2012 mass shooting at Sandy Hook Elementary School, as a good model.

Nelson already jumped in to help pull together PBS’s multiplatform coverage of the 2014 midterm elections.

Nelson will also be developing new shows. Point Taken, the debate series she developed at WGBH, could eventually make its way to PBS, although Hoppe would only say PBS is in “early days” of exploring what she called “a new genre that does really truly combine digital social with conversation.”

Nelson is also working with the independent film community on projects, including an upcoming festival, although she said it was too early to give details.

One thought on “PBS taps ‘serious journalist’ to elevate public affairs as v.p. of news”