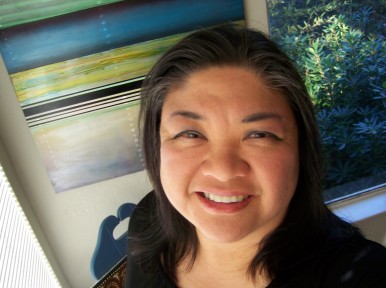 Claire Aguilar, a content executive at Independent Television Service for more than a decade, is joining Sheffield Doc/Fest in England in the organization’s new post of director of programming and industry engagement.

Starting next month, Aguilar will curate the film program and lead industry training and mentoring work as part of year-round workshops sponsored by the documentary and digital media festival. “Increasingly there’s an organic link between the way we nurture young filmmakers and the quality of the films that end up in the festival program,” said Alex Graham, Sheffield Doc/Fest chair. “Claire will play a vital role in extending and developing that link.”

Throughout her career Aguilar has served as a programming consultant, film juror and panelist for the Pew Fellowships in the Arts, the Ford Foundation, IDFA, Visions du Réel, CPB, the Rockefeller Foundation, the National Endowment for the Arts and other film and media organizations.

Joe Linstroth has joined Michigan Radio in Ann Arbor as executive producer for The Next Idea, the station’s new project reporting on statewide innovation. Linstroth is the founding senior producer of Current State, a daily magazine show on WKAR in East Lansing. He began his career as a producer for the global-affairs program Worldview at WBEZ in Chicago.

Queena Sook Kim takes over as morning host Jan. 12 for The California Report, a daily news and public affairs program on KQED Public Radio in San Francisco. Kim has worked as the senior technology reporter at Marketplace since 2012. She also reported for the Wall Street Journal and at KPCC in Los Angeles, where she helped create and co-hosted the podcast Cyberfrequencies and co-founded the local public affairs show Off-Ramp.

PBS Distribution has promoted Amy Letourneau from senior director, acquisitions, to v.p. of strategy and acquisitions. Since joining PBSd in 2007, Letourneau has overseen domestic home entertainment. She now adds corporate strategy and marketing as well as global acquisitions to her portfolio. Previously she spent five years at WGBH in Boston, including as unit manager for Antiques Roadshow.

Joey Cohn has been promoted to general manager of KPLU-FM in Tacoma, Wash., after serving as interim g.m. since April. Prior to that, he was assistant g.m./director of content. Since arriving at the station in 1987, he has held various positions, directing marketing, new media and programs. Cohn has consulted with NPR, Verve Records and numerous public radio stations. Earlier in his career, he worked at KJZZ in Phoenix and KUAT in Tucson, where he started in broadcasting while a student at the University of Arizona.

Ted Place has risen to chief development officer at KCPT from his previous position as executive director for community development at the station in Kansas City, Mo. Before joining KCPT in 2013, he worked at the Kansas City University of Medicine and Biosciences as assistant v.p. for development.

WTTW in Chicago has hired Kathryn Thomas into the new position of s.v.p. of sales and national sponsorships, effective Jan. 5. Previously she spent 10 years as an advertising account executive at A&E Networks. Thomas also worked as television programming supervisor at Leo Burnett Media in Chicago, handling national underwriting agreements for Arthur and Sesame Street on PBS. The appointment marks her return to WTTW, where she spent her first two years after college in several positions, including production analyst.

Jenifer Johnson, incoming development director at Idaho Public Television, “began her career as a student producer at our own KUID/Moscow, so this job brings her full circle,” said Ron Pisaneschi, Idaho PTV g.m. Johnson will supervise a staff of nine responsible for raising more than 60 percent of the station’s $8 million operating budget. Most recently she was vice president of development for the Idaho Foodbank and has also worked in production and community relations at television stations KREM, CBS in Spokane and KCPQ, Fox in Seattle.

The Poynter Institute for Media Studies, a journalism educator and think tank in St. Petersburg, Fla., has selected Katie Hawkins-Gaar, editor of CNN’s iReport, as its first digital innovation faculty member. Hawkins-Gaar will teach digital storytelling technology, techniques, skills and practices. Previously she led the editorial team at CNN’s citizen journalism platform, guiding the staff that verifies user-created content. She arrived at CNN in 2007 as an associate producer of interactives for CNN Digital.

Michigan Radio has hired Kimberly Springer as social media producer. Her public radio experience includes a Digital Steward internship at NPR, where she worked on connecting archives to current reporting. She also produced the series The Good Fight: Activism at the Turn of the 21st Century and was a senior lecturer in the Department of American Studies, King’s College, London.