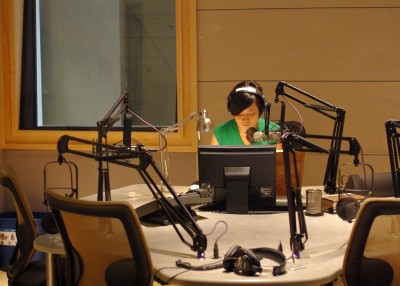 Over the past 25 years, Miller also worked at the Dallas Morning News, the Texas Tribune and ABC News, and previously led digital editorial strategy at Newsweek.com.

He shared in two National Magazine Awards for his reporting on Bill Clinton’s 1992 presidential campaign and for Newsweek’s coverage of the 9/11 attacks and Afghanistan war, which he helped coordinate as chief of correspondents.

The Association of Independents in Radio has hired a full-time operations manager, and its members elected two directors to its board.

New to the board are Neenah Ellis, g.m. of WYSO-FM in Yellow Springs, Ohio, and Ruxandra Guidi, an international multimedia journalist based in Ecuador whose work has run on outlets including the BBC World Service, NPR and Marketplace.

The University Station Alliance, a resource for university-licensed public radio stations, has elected a new member and re-elected three directors. Staci Hoste, g.m. of WNIJ and WNIU, a five-station network serving northern Illinois and southern Wisconsin, will fill the vacant position left by the death of Madison Hodges. Hodges, a longtime pubradio manager and system advocate, died at 66 on July 18 following treatment of a rare bone cancer. Returning to the board are Treasurer Chuck Singleton, g.m. at Fordham University’s WFUV in New York; Ed Subkis, g.m. at KHSU, licensed to Humboldt State University in Arcata, Calif.; and Ernest T. Sanchez, president of the Sanchez Law Firm P.C. in Washington, D.C.

Public Radio International in Minneapolis has named Dallas civic leader Deedie Rose as its board chair and appointed Betsy Hannaford to the board. Rose previously served on the PRI Board from 1997-2010 and was re-elected in August 2011, and also served on the board of KERA in Dallas. Hannaford is a volunteer in the Twin Cities for organizations focused on storytelling and community improvement.

Irwin Gratz, Morning Edition producer at Maine Public Broadcasting Network, will chair the Maine Association of Broadcasters next year. The group represents more than 125 radio and television broadcast stations. Gratz began freelancing for MPBN in 1990. He also served as national president of the Society of Professional Journalists from 2004-05.

Conrad Thiede is the new director of major and planned gifts at Cincinnati Public Radio. He joins the station from the Cincinnati Symphony Orchestra, where he directed planned giving and special campaigns since 2011.

WUSF in Tampa, Fla., has promoted Tamica Gilbert from development officer to member services director. She will develop strategies to raise funds for the station through membership programs and oversee a staff of five. Gilbert joined the pubcaster in 2004 and previously managed the office of community relations at University of South Florida, licensee for the station.

Sarah Lumbard, v.p. of content strategy for NPR, resigned from the network Friday to take the position of senior digital curator at the National Institute of Holocaust Education at the U.S. Holocaust Memorial Museum in Washington, D.C. Poynter.org reported that Lumbard will start in the new position Dec. 3. Lumbard’s departure follows the Oct. 6 restructuring at NPR that led to the ouster of Chief Content Officer Kinsey Wilson. Lumbard was to report to newly appointed Chief Operating Officer Loren Mayor under the new structure.

Jonathan Blakley, formerly of NPR, has joined Minnesota Public Radio in St. Paul as program director for MPR News. Blakley will oversee radio programming and audio content development, including six new podcasts. At NPR, he worked as a producer/editor overseeing Baghdad bureau operations and produced stories from the Philippines, Egypt, Libya, Lebanon, South Africa, the Democratic Republic of Congo and Haiti. Blakley also served as a Nieman Fellow at Harvard.

Mina Kim is the new Friday host for Forum with Michael Krasny, a live public affairs program on KQED-FM in San Francisco. Currently Kim anchors KQED News afternoon drive newscasts and produces interviews, and she will continue doing both. Kim became on-air producer for the former program Pacific Time in 2007, a general assignment reporter in 2010 and afternoon anchor for KQED News in 2013.

The new program director and content manager at WVTF-FM in Blacksburg, Va., is Josh Jackson, former v.p. of content at WBGO-FM in Newark, N.J. After joining WBGO in 2001, he also co-founded Joyride Media, focusing on music, and was an associate producer for Murray Street Productions, a production, marketing and consulting organization. Previous to WBGO, Jackson held several positions at jazz pubcaster WWOZ-FM in New Orleans.

Two of the 2015 class of Knight-Mozilla Fellows will be working at public media newsrooms. Livia Labate, a digital-user experience designer, will be at NPR. Labate is interested in how open-source tools can support news creation and dissemination. She is currently senior director of digital standards and practices at Marriott International. Julia Smith will be at the Center for Investigative Reporting in Berkeley, Calif., to explore how storytelling, design and technology empower community change. She has worked in journalism and IT as a designer and developer on news sites, mobile apps and enterprise software.

Emma Jacobs, formerly with WHYY in Philadelphia, is this year’s Above the Fray Fellow. The fellowship, sponsored by NPR and the John Alexander Pope Project, sends journalists abroad to report for three months. Jacobs will report for NPR on the intersection of globalization and conservation on Réunion, a French island just east of Madagascar. The fellowship was started in 2010 in memory of John Alexander, a young journalist who once worked for NPR and died while on assignment for Koppel On Discovery in Chongqing, China.