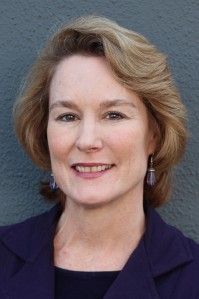 KQED in San Francisco has appointed three new editors for its multiplatform newsroom, including an executive to oversee the entire news operation.

Holly Kernan is executive editor, news, overseeing KQED News including television, radio and online content. She will manage news staff in San Francisco, San Jose, Sacramento, Fresno and Los Angeles. Previously, Kernan built the news team at public radio KALW-FM, also in San Francisco, and ran it as news and public affairs director for 10 years. In the past she also worked as a director and a producer for KQED Public Radio’s The California Report and Forum.

The new executive producer, television, is Mia Zuckerkandel, who supervises news and current affairs TV productions including the weekly KQED Newsroom. Previously she was senior editor for digital content at the Center for Investigative Reporting in Berkeley, Calif.

Beth Willon is senior editor for KQED’s new Silicon Valley News Desk. She most recently reported at local KGO-AM and spent more than 15 years as a reporter at KNTV, the NBC station in San Jose.

Emerson served as v.p. and g.m. of the Texas stations of the Spanish-language broadcaster from 1994-2000. Since then he has been chair and c.e.o. of GRE Creative Communications, a bilingual public relations and marketing firm with offices in Texas and Washington, D.C.

His appointment by the Alamo Public Telecommunications Council is effective Jan. 1, 2015.

Mark Heyne is the new host of the daily talk show Cincinnati Edition on WVXU-FM. Heyne has been one of several rotating hosts since the program went daily in July 2013; he also hosts All Things Considered. Replacing him in that position is Bill Rinehart, a radio reporter since 1994 and most recently senior anchor for local WLW-AM. Another rotating host for Cincinnati Edition, Mark Perzel, created a new program, The Book Club @91.7, which premiered Oct. 11.

Jazz station WICN-FM in Worcester, Mass., reports several staff changes. Al Dean, who started as an on-air host in 1998, has retired. Dean most recently hosted the afternoon Colors of Jazz, which Bonnie Johnson has taken over. Also, Brian Vinik is new host of Tonal Rhythms, a New Age/world music show on Sunday evenings. Vinik recently completed an internship at the Academy of Television Arts & Sciences Foundation in Hollywood, Calif. And Dave Doherty is the new chief operator, the primary point of contact with the FCC on technical matters. He’s been in engineering at the station since 2012.

Joseph Tovares, s.v.p. for diversity and innovation at CPB, was among panelists for the first Quórum Call, a two-day initiative last month to inspire Latino filmmakers and content providers. The effort is sponsored by the National Hispanic Foundation for the Arts (NHFA) and the Office of Latino Affairs in Washington, D.C. “Quórum is a clarion call to Latino-themed content creators to join our efforts,” said Felix Sanchez, co-founder of the NHFA, in a statement.

After 23 years in community and public radio, Brian Terhorst has retired. Most recently he was g.m. of North State Public Radio in Chico, Calif. In a letter to public radio colleagues, Terhorst noted that he has “lived with a neuromuscular disease that, over time, has claimed my ability to walk and, in the past few years, has compromised my breathing quite a bit.” Although his condition has stabilized, “it has become too difficult to navigate the full-time duties of managing a radio network.” Terhorst began his career as a volunteer at KVMR-FM in Nevada City, Calif. He also served for six years on the board of the National Federation of Community Broadcasters. In signing off, Terhorst added: “Public Radio changes the world. It helps our listeners and citizens be better informed and more engaged in our communities. It inspires creativity, gives voice to the voiceless, and nurtures within us the intangible and inexpressible ecstasy that only comes from music. Thank you for letting me be part of something so valuable and rare.”

Dual-licensee WJCT in Jacksonville, Fla., has promoted Karen Feagins to v.p. of content and operations. She now oversees all content produced for WJCT’s multiple platforms. Feagins joined the station in 2005, serving as executive content producer, local Morning Edition host and, most recently, director of programming and news. She’s been in broadcasting for 16 years, both on-air and behind the scenes.

Linda Pitner, general manager of Panhandle PBS in Amarillo, Texas, resigned effective Oct. 10. She had been with the station for eight years.

New York Public Radio has named Anne O’Malley v.p. of membership, a new position. She will oversee multiplatform membership fundraising efforts and develop e-philanthropy and digital membership programs. She will report to Margaret Hunt, s.v.p. and chief development officer. Most recently, O’Malley worked with Barnes & Noble College, an on-campus provider of course materials and merchandise, to develop brand strategy for Yuzu, a digital education platform. Previously, she served as v.p. of acquisition marketing for Scholastic, where she led marketing initiatives to recruit teachers into Scholastic Book Clubs.

The Knight Foundation has hired Jennifer Preston, the New York Times’ first social media editor, as its vice president for journalism. Preston pioneered the use of social media for reporting, engagement and real-time publishing at the newspaper starting in 2009. She helped launch a news curation feature, Watching, for nytimes.com. She also taught digital media at the City University of New York Graduate School of Journalism and the Columbia University Graduate School of Journalism. Knight Foundation President Alberto Ibargüen said that Preston will lead efforts to help “newspaper, TV, radio and Internet newsrooms bring media innovation into their mainstream.”

Trevor Aaronson is the new executive director of the Florida Center for Investigative Reporting (FCIR) in Miami Beach. He co-founded the center in 2010 and ran it through July 2013 as associate director. Aaronson departed to help launch the U.S. investigative unit for the Al Jazeera Media Network in Washington, D.C. “I’m returning to FCIR because I believe more than ever that we can grow the organization into a sustainable force in Florida journalism and beyond,” Aaronson said in a statement. He also authored the book The Terror Factory: Inside the FBI’s Manufactured War on Terrorism (Ig Publishing, 2013), about the FBI’s use of informants and counterterrorism sting operations. Previously he worked as an investigative reporter at the Commercial Appeal in Memphis, the Miami New Times and the New Times Broward-Palm Beach.

DMW Direct Fundraising in Plymouth, Mass., which serves several public broadcasters, has hired Marie Desrosiers as an account executive. She previously served as an administrative assistant at the Massachusetts engineering firm of Fay, Spofford & Thorndike. Desrosiers also was a project manager at PreMedia Global, where she worked in textbook production.