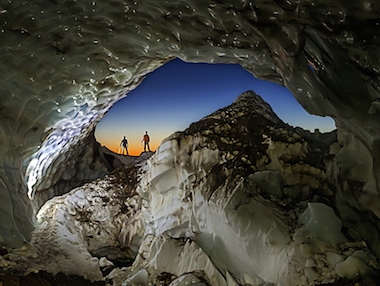 Oregon Public Broadcasting won an OJA for its exploration of the Glacier Caves in Mount Hood. (Photo: Brent McGregor, OPB)

The Online News Association launched the OJAs in May 2000 to honor excellence in digital journalism around the world. Finalists — in small, medium and large categories — were announced in August, and a full list of winners is here.

One thought on “Online Journalism honors include several pubmedia projects”