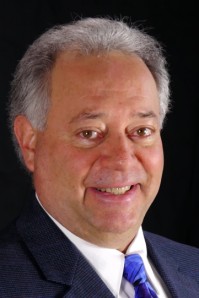 Rick Mattioni, who signed on at WVTF-FM in Roanoke, Va., in 1987, will retire Oct. 3 as director of programming and operations.

During his tenure, Mattioni has been in charge of broadcast and digital content and Virginia Public Radio, a station service that distributes state news stories to members in Virginia, West Virginia and Washington, D.C.

His previous experience includes directing news at WAER public radio in Syracuse, N.Y., and commercial stations in West Virginia. He also worked at the Armed Forces Radio and Television Service in Europe while serving in the military.

Mattioni is also an adjunct professor at Roanoke College in Salem, Va., where he oversees a student-run low-power FM station, WKRE.

His successor will be Josh Jackson, content v.p. at WBGO-FM, a jazz pubcaster in Newark, N.J.

Local Morning Edition host Bob Bach will retire from WUWM-FM in Milwaukee in November. Bach has been with the station for more than two decades, joining the news department in 1991. He also hosted the station’s weekday magazine program At 10 from 1999 to 2001. Previous to his pubcasting career, he served in the Marine Corps in Vietnam and later covered sports and news at other stations in Milwaukee. In a tribute in the local Journal Sentinel, reporter Duane Dudek observed that Bach “has a honey-sweetened, midrange bass voice with measured articulation.”

The new vice president of news at KCPT in Kansas City, Mo., is Janet Saidi, who will lead the station’s Hale Center for Journalism. Prevously Saidi was news director at the University of Missouri’s KBIA-FM and an associate professor at the university’s school of journalism. Earlier in her career as a reporter, her work aired on NPR, the BBC and BBC World Service, and her writing has appeared in the Christian Science Monitor, Wired, the Los Angeles Times and the San Diego Union-Tribune. Saidi also was an associate producer on the 2006 documentary Remaking American Medicine: Healthcare for the 21st Century, which aired on PBS.

The Carroll School of Management at Boston College has hired a former CPB and NPR executive as associate dean of graduate programs. Elizabeth Griffith worked as finance v.p. at CPB from 1999 to 2005 and was an associate v.p. in finance at NPR from 1991-99. After her pubcasting career, she spent several years at Georgetown University in Washington, D.C., as a senior associate dean responsible for MBA marketing and new program development.

Charlie Zarbo, engineering director at Mountain Lake PBS, has retired after three decades at the station in Plattsburgh, N.Y. Zarbo joined Mountain Lake PBS in 1982. Since then, he has guided the station through the transition from analog to digital broadcasting in 2009, rebuilt its transmission tower after it collapsed in 2007, and transitioned it to a joint master control system with the nine other New York State PBS members. “The station would not be where it is today without his leadership,” said station President Alice Recore. Stepping into the top engineering spot is Tom Rogers, who has been with the station since 1990 and chief engineer since 1998.

Oregon Public Broadcasting reporter Amanda Peacher has received an Equal Voice Journalism Fellowship from the Journalism Center on Children and Families in College Park, Md. Peacher will cover the effects of SNAP (Supplemental Nutrition Assistance Program) cuts on rural poor populations in Oregon. Peacher runs OPB’s social media, community engagement and efforts to diversify sources. She will report from several rural towns, including one with a growing Latino population and another on a Native American reservation. She will also use OPB’s mobile recording studio to gather stories of hunger throughout the state.

Craig Silverman, formerly of the Poynter Institute and PBS MediaShift, has been named a fellow at the Tow Center for Digital Journalism at Columbia University. He’ll research how news organizations deal with rumors and unverified reports and identify best practices for debunking misinformation.