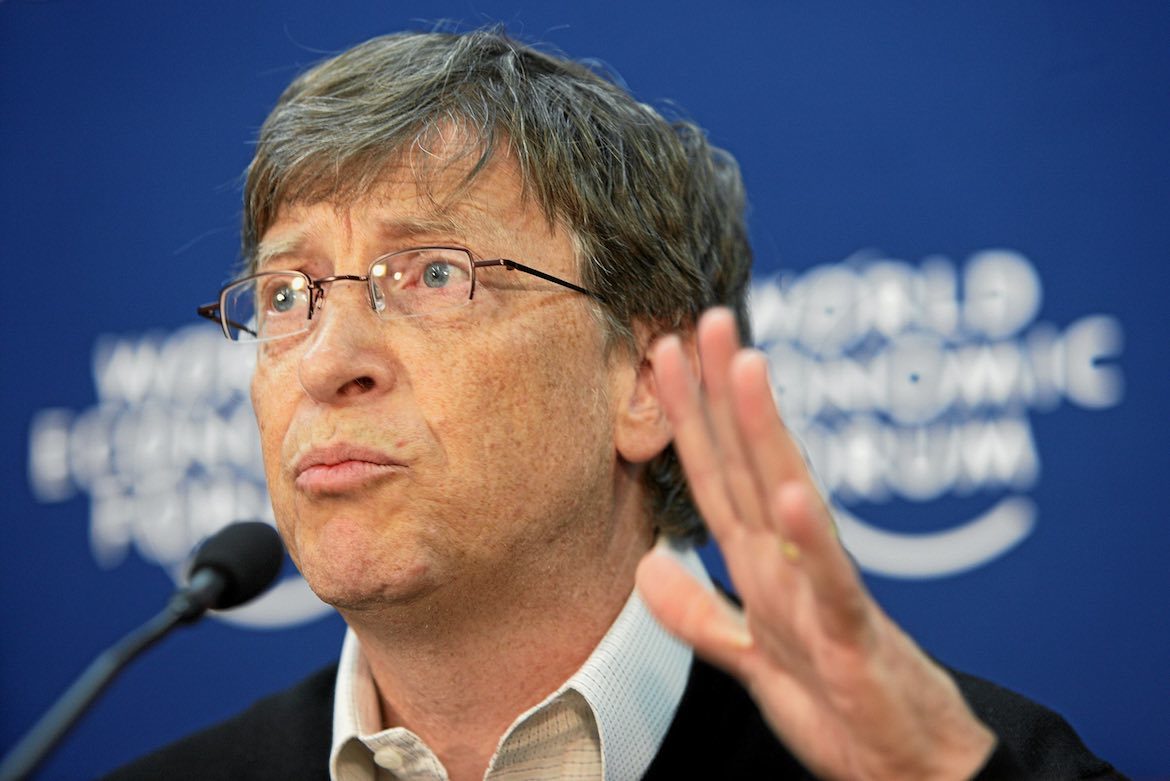 Bill Gates at the World Economic Forum in Davos, Switzerland, in 2008.

Public radio journalists find themselves navigating an ethical gray area as they receive funds for reporting on education from the Bill and Melinda Gates Foundation, which has become an influential and controversial force in steering national education policy.

The foundation has supported public radio and TV journalism for years, backing coverage of global health, another priority for its philanthropy, as well as education. Within the past year, it has extended that commitment with $1.8 million in support to NPR for expanded education reporting. It also gave $639,000 to American Public Media for multiplatform coverage of education technology, to be featured on Marketplace’s broadcasts and website. In previous years, the Gates Foundation has also supported Frontline, PBS NewsHour and Teaching Channel, a nonprofit producer of public TV programming.

But as the funder has continued to back reporting on education issues, it and billionaire founder Bill Gates have increasingly become part of the story. According to a June Washington Post report, the Gates Foundation has spent more than $233 million to promote national adoption of Common Core standards. Now being implemented in public schools, the learning goals have met with growing criticism from lawmakers, educators and parents. Conservatives argue that the standards amount to excessive meddling from the federal government; liberals and some educators identify pitfalls in Common Core’s reliance on standardized testing.

Gates has responded personally by explaining his backing for the Common Core in speeches and interviews. In March, he told a conference of teachers in Washington, D.C., that the standards are “pivotal to the effort to improve education,” according to a Post report.

Gates’s foundation is just one of many supporting journalism in public media, an upward trend in recent years. A November 2013 Foundation Center study reported that foundation support for media grew 21 percent from 2009 to 2011. (Disclosure: Current is supported in part by the Wyncote Foundation.)

But when compared to the Gates Foundation, few funders are as out front on an issue covered by the journalists they support. A case of similar overlap came to light earlier this year when the PBS Newshour Weekend produced reports about public pensions with funding from the Laura and John Arnold Foundation, whose co-founder, John Arnold, has backed legislative efforts to reduce pensions.

Some readers of NPR Ed, the network’s blog collecting its multiplatform education coverage, have suggested that NPR has compromised its reporting by taking Gates Foundation funds. Their comments prompted a forthright response from Steve Drummond, the senior editor overseeing NPR Ed. In a July 25 post on the site, Drummond said that some commenters accuse NPR of bias in one direction, while others see a slant going the other way. “… [M]any people view us and our work through the lens of their own beliefs,” he wrote. “We can’t help that.”

Funders “don’t get to pick what stories we cover or how we approach a given beat,” Drummond wrote. “But the simple fact is, in education there is going to be a lot of overlap between funders who support NPR, and funders who support research and programs aimed at improving schools. Philanthropies are interested in giving their money to the very same people and programs we’re interested in writing about as journalists: the educators, entrepreneurs, researchers and thinkers who are doing new — and successful — things to solve the toughest problems in education.”

Drummond also quoted NPR’s ethics manual, which states, “While we value all who support our work, those who fund us do so in the knowledge that our journalism serves only the public.”

The editor added that several funders have tried to cross these boundaries. “Since we began NPR Ed we’ve realized we’re going to have to be extra vigilant on this,” he wrote.

“It’s going to be a gray area. There’s no getting around that,” Drummond told Current. “It’s just never going to work out perfectly, but we’re going to try and do the best we can.”

Yet other journalists say that the Gates Foundation raises unique concerns due to its extensive reach and influence.

“Their voice, just by virtue of their size, just becomes very loud over other voices in the debate, regardless of their agenda or how they give their money,” said Steve Katz, publisher of Mother Jones, who has written about foundation funding for journalism. “It’s not a level playing field —all voices do not sound the same. That’s kind of an inherent problem right from the get-go.”

Drummond said he wrote his NPR Ed column on the foundation grant at the prompting of Mark Memmott, NPR’s supervising senior editor for standards and practices. Funding from the Gates Foundation also prompted conversations among staff at Marketplace as it launched LearningCurve, its multiplatform reporting initiative about the role of technology in education. Gates is the sole funder of the project.

“Gates is tricky,” said Deborah Clark, e.p. of the Marketplace portfolio of shows. “It’s a huge organization with a lot of thumbs in lots of pies.” But “if Gates were doing something negative, would we report on it? Absolutely, even if they’re funding us for it. It’s not going to change whether or not we do that story.”

A press release announcing LearningCurve’s launch in May called the initiative “the most ambitious and expansive education project” in Marketplace’s 25-year history. LearningCurve’s content includes a podcast, videos and quizzes featured on a dedicated section of the show’s website.

With its focus on education and technology, LearningCurve intersects with another funding priority of the Gates Foundation, which has backed developers of classroom educational tools. In 2011, the foundation partnered with the Pearson Foundation on developing “a complete, foundational system of instruction built around the Common Core Standards.”

The Pearson Foundation is a nonprofit arm of Pearson, a publisher of educational materials. In December 2013, the foundation settled with the state of New York for $7.7 million after an attorney general’s investigation charged that it had worked to bring business to the for-profit side of Pearson. Two months later, Pearson and Microsoft announced a partnership to develop digital education applications that align with Common Core standards.

Bill Gates continues to sit on Microsoft’s board and is a technology advisor to the corporation. As of May, he owned about 4 percent of outstanding shares in Microsoft stock, according to a Reuters report. That made him the biggest shareholder in the company by far, along with former CEO Steve Ballmer.

Gates has argued that adopting Common Core standards will enable development of digital classroom resources, such as those underway between Pearson and Microsoft. That has prompted further suspicion among critics of his efforts. 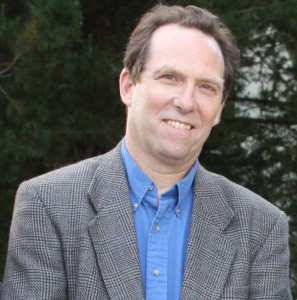 Few news outlets have shown skepticism in covering education technology, Cody said, and the Gates Foundation’s support of Marketplace offers him little encouragement. The foundation doesn’t have to spell out its expectations of coverage to the news outlets it funds, Cody said.

“Marketplace isn’t stupid,” he said. “They know what Gates wants. They want positive stories about various technologies and the ways that they are enhancing and solving problems in classrooms. And that’s what they’re going to give them for the money, so the money keeps flowing.”

“I can’t prove that, but that’s just the way this goes,” Cody added.

Marketplace’s Clark said the show had been covering technology and education prior to the Gates Foundation funding. “It’s a big coverage area for us,” she said. As for working with a funder that is active in the same policy arena, the issues involved are familiar and not unique to Gates, she said.

“Firewall issues have existed throughout time,” she said. “You just find ways to make sure that there’s no interference from the funder and that things are transparent as possible.”

‘The word … is transparency’

NPR’s Drummond made a similar point when addressing concerns about the Gates Foundation’s support for NPR Ed. “What we can do … is be as clear and upfront about who and what we’re reporting on as possible,” he wrote in his July blog post. “The word we use for that is transparency.”

But readers of NPR Ed and APM’s LearningCurve and listeners to broadcast pieces may not always realize how they’re paid for. NPR credits the Gates Foundation in on-air funding credits but does not specify that its money supports education coverage, and the NPR Ed section of NPR.org discloses nothing about funders. (NPR also received $1.5 million from the Wallace Foundation and $100,000 from the Carnegie Corporation of New York for NPR Ed.)

When asked in May about funding for LearningCurve, an APM spokesperson said the Gates Foundation preferred not to be mentioned in connection with LearningCurve “as they want the focus to be on the program itself.”

The spokesperson also declined to disclose the amount of the grant, though a Gates Foundation spokesperson later shared that information. The spokesperson did not answer requests for an interview with the foundation’s director overseeing media grants.

As NPR’s Drummond pointed out to his readers, the network’s internal ethics guide affirms its independence in dealing with foundations. But another set of ethics guidelines for public media sounds a note of caution.

Created for stations, not networks, a Code of Integrity for Local Public Media Organizations developed in 2012 advises that organizations disclose funders of specific programs on air and online and publish on their websites “a list of funders that have provided significant support for creation of specific programming or areas of coverage along with a brief statement of the programs or content areas the donor supports.”

The code adds advice regarding funders that promote agendas. “Even with effective safeguards that separate funders from editorial decisions, we have an obligation not to undermine our credibility by accepting support for specific programs from organizations whose participation would raise serious concern about our editorial independence,” the code says.

And addressing the production of news specials, the Code of Integrity recommends that “if a consumer would reasonably wonder whether a non-profit or governmental funder might influence the direction of a news special, then stations will normally be well served to reject such funding.”

Regardless of the consumer’s perspective, some news executives say that ensuring sound reporting comes down to being clear about boundaries with funders. “I don’t think that the Gates Foundation raises special issues,” says Dick Tofel, president of ProPublica, which receives funds from a number of foundations for its journalism (though not Gates). “To the extent that you take funding for particular beats, you want to make sure that the beat is defined with sufficient generality, and that the funder is not specifying your particular coverage or story list.”

Other observers argue that the Gates Foundation doesn’t have to say what it wants — its funding comes with implicit strings attached. If news executives want to continue receiving the foundation’s support, they won’t use Gates money “to fund an investigative series on how the Gates Foundation’s educational reform has failed, unless [they] don’t want to get funded next year,” said Marc Cooper, an associate professor and director of digital news at the USC Annenberg School for Communication and Journalism in Los Angeles. “Anybody who denies that … is not living in the real world.”