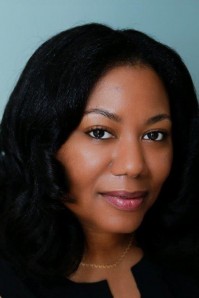 Schnirring, previously v.p. for radio, is now v.p. for station grants and TV station initiatives. He will work with Ted Krichels, s.v.p., system development, to oversee the Community Service Grant program. Schnirring arrived at CPB in 2004. Previously, he spent more than 12 years at Wisconsin Public Radio in Madison, rising to director. Before that he managed South Dakota Public Radio for five years.

Stepping up to radio v.p. is Pulley-Hayes, who began at CPB in 2005 as project manager in radio and rose to director, business performance, in 2011. Prior to joining CPB, Pulley-Hayes spent 12 years in legal affairs at national healthcare and pharmaceutical companies.

Frank Black, blues host at WGLT-FM in Normal, Ill., since 1985, retired last month, citing health reasons. Black, aka “Delta Frank”or the “Blues Doctor,” began listening to blues in the 1950s. By the time he approached WGLT’s program director, the late Tim Emmons, in the early ’80s, Black had a collection of more than 10,000 45 rpm blues records. Those records, combined with Black’s encyclopedic knowledge of postwar blues, formed the basis of the weekly program Rhythm and Blues Hall of Fame. Black, who worked as a day laborer, recorded all 52 weeks of the show during a few weeks each winter. That grew into his live late-night Black and Blues and prompted the station to embrace the genre; it now broadcasts more than 30 hours a week. Black often says, “If you don’t love the blues, you got a hole in your soul!”

Jeff Hanley takes over hosting duties in October for the late-night Jazz After Hours from show creator Jim Wilke, who gave Hanley his first professional radio job at KING-FM in Seattle 40 years ago. Hanley produced more than 500 programs for Wilke, hosted a Sunday morning jazz show on the former KZAM in Seattle, and was the first program director at KJZZ-FM in Tempe, Ariz. In a note on the Jazz After Hours Facebook page, Wilke wrote, “After 3,100 shows, I think it’s time to quit while I’m ahead and still healthy. Jeff Hanley will be the new show host and he’s an old friend (and a darn nice guy).”

Amy Niles is the new president of WBGO-FM in Newark, N.J.  Niles served as interim president following Cephas Bowles’ departure in June 2013 for health reasons. She joined the station in 2006 as senior vice president and chief operating officer and oversaw departments including development, membership, marketing and programming, as well as new media, special events, and development of new nationally syndicated programming in partnership with NPR. She was recently appointed to Newark Mayor Ras Baraka’s transition team for arts and culture. Before arriving at the station, she directed advertising sales and marketing at Sirius Satellite Radio.

Mike Rancilio has accepted the position of general manager and senior vice president of NewsHour Productions LLC, WETA’s production subsidiary for the weeknight PBS NewsHour. Previously Rancilio served as chief revenue officer for MacNeil/Lehrer Productions, the program’s creator. He also worked as the publisher of The New Republic and held various positions with Atlantic Media in digital strategy and advertising sales. He will handle business functions for NewsHour.

Marketplace Editor John Haas begins work Sept. 29 as news director at WABE-FM in Atlanta. Haas has been with the American Public Media program since 2007. Previously, he was senior producer at America Abroad Media and also spent several years producing programs including Talk of the Nation and WAMU’s The Kojo Nnamdi Show.

Classical KQAC-FM in Portland, Ore., has hired Amelia Lukas to direct community engagement. She formerly worked in promotions for classical music publisher G. Schirmer Inc. in New York and also founded and managed a small nonprofit performance company, Ear Heart Music. Lukas also holds degrees in flute performance from the Manhattan School of Music and the Royal Academy of Music in London and has performed at Carnegie Hall and Lincoln Center.

KNPB-TV in Reno, Nev., has hired Amber Ferguson as grant coordinator, responsible for generating financial support and communicating the station’s mission to potential funders. Her previous experience includes similar positions with Florida nonprofits Give Kids the World and A Gift for Teaching.

Two journalists have joined the nonprofit news site First Look Media. Laura Dawn is now executive editor of multimedia. Dawn was founder and chief creative director at the creative agency & production group Art Not War and also served as creative and cultural director at the progressive site MoveOn.org. Edith Zimmerman is senior writer. She founded The Hairpin, a website aimed at women, and her work has appeared on This American Life and in the New York Times Magazine, GQ and Elle.