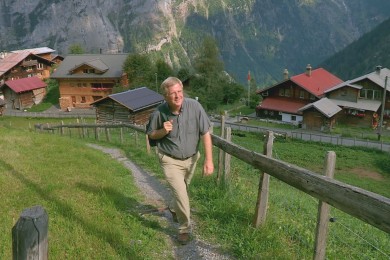 As in the March fundraiser, Suze Orman’s Financial Solutions scored the top spot in raising the most money overall. For the June drive, it generated $3.1 million for 121 reporting stations, according to final pledge data compiled by PBS and obtained by Current. The program, from Twin Cities Public Television, presents the personal finance expert’s tips on investing, buying or renting a home and saving for retirement.

It’s yet another wildly popular pledge offering from Orman, who has been creating fundraising shows for public TV since 1998. TPT’s Gerry Richman, producer of her pledge specials, attributes their continuing success to Orman’s message. She “doesn’t just talk about money. She talks about it in the context of the emotional lives of people,” he said. She also uses humor to relate to the audience. And her financial acumen is spot-on, he said. “This is solid advice, really useful information.”

The show that brought in the most dollars per minute was The African-Americans: Many Rivers to Cross, hosted by Henry Louis Gates. Although just four stations pledged the National Program Service documentary history series, it garnered $97.67 per minute, compared with Orman’s $33.48 for 117 stations.

The Executive Program Service-distributed self-help 30 Days to a Younger Heart with Steven Masley, M.D., generated around $1.3 million, according to Alan Foster, founder of the Virginia–based service. In that program, Masley discusses the link between pre-diabetes and cardiovascular disease, with tips on how to avoid both.

Doc Martin: Revealed, released by APT for March pledge with cast-member pitches, also did well in June, Haines said. It has raised more than $1.2 million over both drives. APT also plans to release a new behind-the-scenes Doc Martin fundraiser coming out for August pledge.

Rounding out the Top 5 pledge performers for June were re-ups: My Music: Big Band Years and My Music: ’50s and ’60s Party Songs; the self-help 3 Steps to Incredible Health! with Joel Fuhrman, M.D.; and another My Music nostalgia re-up, Classical Rewind.

One thought on “June public television pledge drives up 13.5 percent from last year”