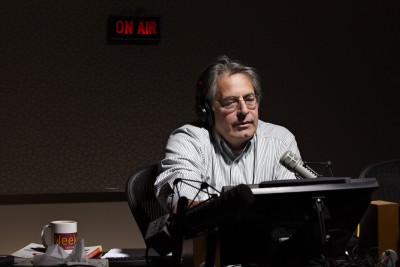 Steve Scher, who has worked at Seattle’s KUOW-FM since 1986, abruptly resigned June 6 to pursue other opportunities.

GM Caryn Mathes acknowledged his contributions to KUOW in a post on the station’s website.“He built an impressive career as a host and reporter for several of KUOW’s signature local programs. We thank him for his dedication to the station’s mission and to our audience.”

Scher began at the station as a graduate work-study student. Over the years he hosted Seattle Afternoon, Weekday and The Record. He also helped found KUOW’s RadioActive Youth Media Program, formerly Weekday High, in 2003.

Pratt is a former news director at Purdue University’s WBAA in West Lafayette, Ind. He currently works as editor, anchor and producer for the news site InsideIndianaBusiness.com. Pratt replaces Julie Bierach on June 23 as morning newscaster. She left to pursue a career change.

Howard begins work as the station’s Washington correspondent July 14. He is a longtime newscaster and producer at NPR headquarters, recently anchoring the early newscast on Morning Edition. Earlier in his career he was statehouse bureau chief for Illinois Public Radio, directing news coverage of state government and politics for the network’s 13 stations.

RLJE, which owns Brit TV distributor Acorn, has expanded its top ranks by hiring Mike Pears as executive vice president of content sales, a new position. He will be oversee sales of RLJE’s programming on digital, video on demand and television platforms. Pears’ two decade career in in media includes serving as executive director at SoundExchange, the royalty agent for recording labels and sound artists. RLJE manages the intellectual property and publishing rights to Miss Marple, Poirot and Foyle’s War.

BirdNote, a producer of public media programs about birds and the environment, has named Dominic Black its new director of national programs. Black will lead the production team when BirdNote founder and Executive Producer Chris Peterson retires on June 20. Previously Black, a native of Ireland, worked as a senior producer at pubradio KUOW in Seattle.

Sally Mauk, who spent time as a wilderness ranger, retired May 30 after 31 years as news director of Montana Public Radio in Missoula. (Photo: MPR)

Sally Mauk retired May 30 after 31 years as news director of Montana Public Radio in Missoula. Previously she was a wilderness ranger at Kootenai National Forest in Libby, Mont. “The funding for my ranger position had been cut and I was looking for a change,” Mauk told the local Montana Standard. “I didn’t know much about sitting in front of a microphone, or being a journalist for that matter.” She learned on the job, covering the state legislature in the 1980s. Since then she’s gone on to hundreds of interviews — including presidential candidate Hillary Clinton in 2008 — and now teaches broadcast writing and reporting at the University of Montana journalism school.

Vermont Public Radio has promoted Morning Classics host and producer Kari Anderson to lead the network staff as its first managing producer. Anderson will work to increase locally hosted classical music programming and improve connections with VPR Classical’s audience. Since her arrival in 2012, in addition hosting duties, Anderson has managed digitization of a classical music library of more than 5,000 pieces and launched VPR Classical’s social media presence. Anderson has a master’s degree in music from Montreal’s McGill University in oboe performance and orchestral studies, and is an alum of the Vermont Youth Orchestra.

Vision Maker Media has selected Khloe Keeler (Northern Ponca/Dakota/Lakota) for this summer’s Public Media Internship, a 10-week paid position funded by CPB. Keeler will work in Vision Maker Media’s offices at NET Nebraska. She earned her master’s in journalism from University of Nebraska-Lincoln in May. Her master’s project, “Human Trafficking Across America: Stories of Survivors,” stemmed from her work to raise awareness about domestic human trafficking and the laws that affect how buyers are penalized and victims are protected.

The Cambridge, Mass.-based Nieman Foundation for Journalism has hired Louise Kiernan to oversee Nieman Storyboard, a website showcasing narrative journalism and nonfiction storytelling. She’s an associate professor at the Medill School of Journalism at Northwestern University in Evanston, Ill. The foundation has also hired Steve Almond to teach the seminar on narrative writing offered to Nieman Fellows. Almond, the author of eight books, previously worked as a journalist in El Paso and Miami.

WKNO Public Broadcasting in Cordova, Tenn., has promoted Mildred Holt to membership manager. For nearly 19 years, Holt worked as membership coordinator. In her new role, she will lead the station’s membership team in fundraising and donor relations.

Phyllis S.K. Looks is the new director of marketing at Hawaii Public Radio. She’ll lead work for branding and promotion of the station’s statewide services across nine stations, 11 frequencies and online. Previously she managed marketing and communications for University of Hawaii at Manoa’s campus services division. Looks succeeds Judy Neale, who had been with the station since 1998.