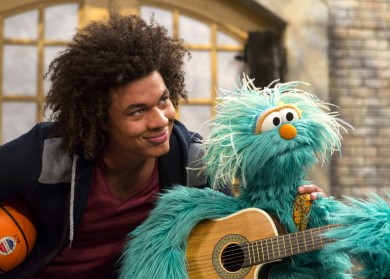 Most public television honors were presented for creative arts, encompassing behind-the-scenes work; one, Mind of a Chef, was in the daytime program category.

The annual honoree for lifetime achievement was Russ Morash, producer and director of public TV icon series including The French Chef with Julia Child, and the creator of This Old House. American Public Television “started with the distribution of The French Chef,” said APT spokesperson Jamie Haines. “Russ inspired the lifestyle-programming genre.” Without Morash, she noted, APT’s Create multichannel would not exist.

On Friday night, PBS scored the most Emmys of all networks with 12, including one for Joseph Rosendo’s Travelscope, distributed by APT. Nickelodeon took 10; CBS, eight.; Hub Network, from Discovery Communications and Hasbro, six; TOLN.com (The Online Network, a now-defunct soap opera site), five; ABC and Cooking Channel, three each; Cartoon Network and retro station MeTV, two each; and one each for Disney Channel, HGTV, MTV, mipromise.com (a web show from The Young and the Restless star Lauralee Bell) and Oprah Winfrey’s OWN.

Oxley was one of eight winners for individual achievement in animation, for production design of Peg+Cat.

Hayley Faith Negrin, who was the youngest nominee at 11 years old, took home the honor of performer in an animated program for her voice portrayal of Peg.

The show also won for:

And Mind of a Chef, which is distributed by PBS and also airs on APT’s Create channel, won for culinary program.

Another public TV winner was Joseph Rosendo, chosen as top host in a lifestyle/travel program for Joseph Rosendo’s Travelscope, distributed by APT.