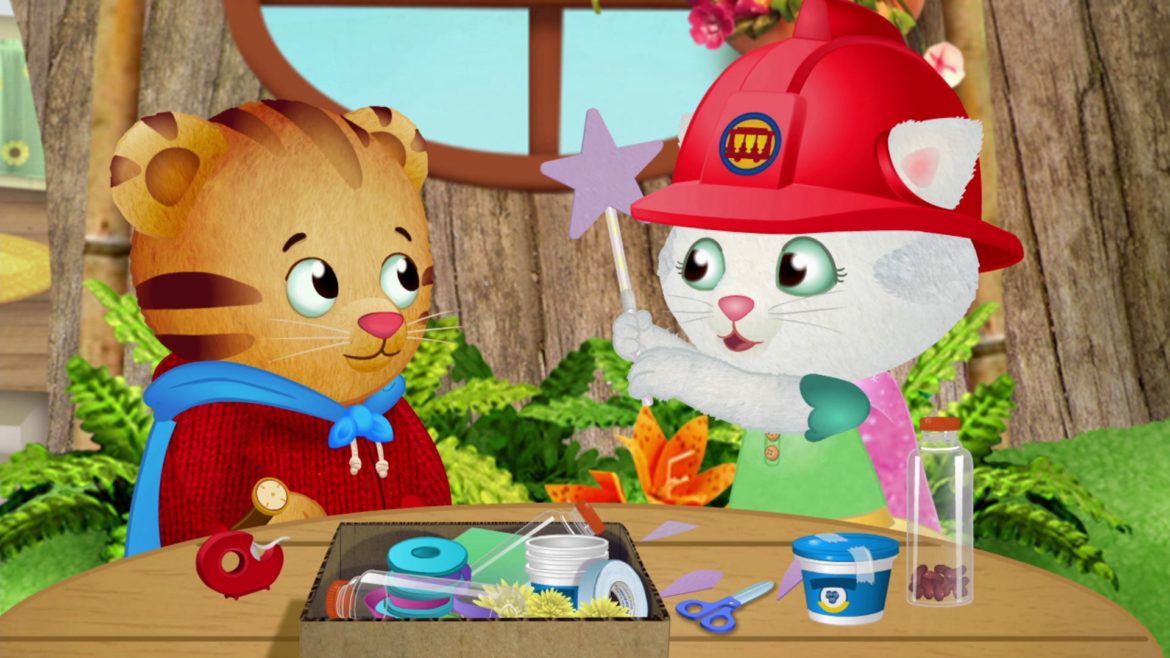 Daniel Tiger's Neighborhood is one of the programs that was audited by the CPB Inspector General's office.

CPB’s Inspector General has recommended changes in how the Fred Rogers Co. accounts for costs of three popular PBS Kids programs, each produced with Canadian partners to take advantage of funding incentives north of the border.

After an audit of CPB grants for the animated series Peg + Cat and Daniel Tiger’s Neighborhood, the IG said CPB should recover $821,640 from the Pittsburgh-based production company.  That total includes amounts the auditors flagged as potential overpayments, questionable costs and incorrect distribution of ancillary revenues. Rogers Co. partners with Toronto-based 9 Story Entertainment on those series.

In response to the audits, Rogers Co. CEO Kevin Morrison said both Canadian partners are considered to be vendors, and therefore aren’t subject to CPB IG audits.

All three of the shows also receive pass-through grants via PBS from the Department of Education’s Ready To Learn program. Both audits recommend that the Rogers Co. tighten its oversight of that funding, which is provided to PBS under contract to the department.

In the case of Odd Squad, federal grants provided about 60 percent of the total budget for the debut season. Rogers Co. received $7.95 million in Ready To Learn funds and $3 million from CPB to deliver Season 1 of the series. The project was completed on a budget of $18.22 million, according to the audit. Of that figure, $5.28 million covered Sinking Ship’s costs.

The IG’s office noted that because Rogers Co. wouldn’t allow inspectors to examine Sinking Ship’s financial records, “we have not been able to obtain sufficient evidence to form an opinion and must therefore disclaim an opinion on the accuracy of the final report,” which was posted March 31.

Morrison wrote in a response that “a key feature of this production was that certain work was performed in Canada and financed in Canada,” in part using Canadian tax credits. “By definition, costs being incurred in Canada, and separately funded there, do not show as costs or revenues” on Rogers Co. books, Morrison wrote.

“We understand that [the IG] has the right to inquire into our costs,” Morrison wrote, “but take the position that the costs of our vendors are beyond the purview of the audit.”

While that audit report for Odd Squad did not recommend any grant repayment, the inspectors who examined PBS and CPB grants for Peg + Cat and Daniel Tiger’s Neighborhood did.

Peg + Cat Season 1 received $3 million in CPB funds and $7.99 million from Ready To Learn, according to the audit. Season 2 of Daniel Tiger’s Neighborhood got $1.70 million from CPB and $1.6 million from PBS’s National Program Service.

Investigators said CPB should claim $614,548 in direct production costs and $145,789 in ancillary revenues for Peg + Cat, a math show for preschoolers that premiered in October 2013. They also recommended recovery of some of the funds for Season 2 of Daniel Tiger’s Neighborhood, a preschool show that premiered in September 2012. That $312,039 includes $243,647 that the Rogers Co. spent on the program before the grant’s start date of June 1, 2014, and $68,392 that exceeded CPB guidelines for accounting for indirect costs such as rent, personnel administration and insurance.

In his response to the IG’s report, Morrison agreed with several of the findings, including pre-term spending and indirect use of funds.

He also addressed complications with the Canadian production deals. By taking advantage of “Canadian incentives of one type or another,” he said, Rogers Co. was able to provide about $3 million in funding for both  series.

“Next time we undertake any work which has a Canadian dimension,” Morrison added, “we will have a proposal for consideration which we believe will remove this confusion and be acceptable to PBS and/or CPB.”

Both audits examined grant activity between July 2012 and September 2015.

CPB management has until June 28 to respond to both reports.