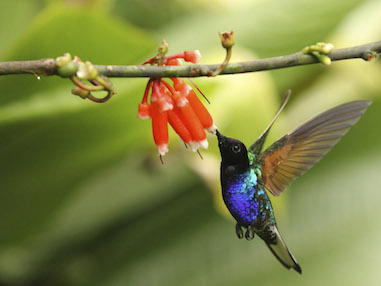 A stalwart PBS series is moving in a new direction with fascinating characters and emotional relationships that tug at viewers’ heartstrings.

If you’re thinking Masterpiece or Mystery!, think again. This is all about Nature.

No longer home to informative but bland films about jungle jaguars or snakes of the Serengeti, today’s Nature is about pets with prosthetic limbs or wild animals engaging in humanlike behavior, such as birds checking out real estate, animals of different species developing friendships and mating pairs falling in love.

The new take on natural-history films has helped Nature through its recent switch from its longtime Sunday-night perch to Wednesday nights, a decision made by PBS. The show maintained its ratings during the transition; its focus on character-driven nature stories, which has proven popular with viewers, also has helped to distinguish its programming from that of cable channels.

Fred Kaufman, the executive producer who has helped to steer Nature through these changes, describes a shift in the way that natural-history filmmakers approach their subjects.

“Our films have become more character-driven and, frankly, more emotional,” Kaufman said. “You’re more likely to laugh or cry than to be scared by a predatory animal in a hunt. That’s what we found our audience really loves.”

Maybe this new approach should have been obvious, Kaufman said. “PBS is not about sex and violence, anyway. That’s not what the audience comes to see. It’s always about the richness of story and characters and a bit of information and content. That’s the niche that we have found.”

A 2010 film about hummingbirds led the way. Nature’s “Magic in the Air” used high-speed, high-definition cinematography to capture the lives of hummingbirds and portray them with emotional resonance. It was “extraordinarily popular,” Kaufman said — so much so that many public television stations aired it as a pledge special.

To viewers, those charming hummingbirds were “charismatic little jewels,” Kaufman said. “It was a case where something was very popular for us, and we moved ahead and did something similar.”

Ducks were the next species to get the emotional treatment. “They seem to be the clumsiest animals,” Kaufman said. “They can’t get off the water. They need a sort of airport runway to get any lift. They waddle. How do they survive?”

Meanwhile, other Nature films looked for parallels between animals and humans.

Viewers of Nature are “more likely to laugh or cry than to be scared by a predatory animal in a hunt,” Kaufman says. (Photo: Thirteen Productions LLC)

Kaufman isn’t a big animal lover and doesn’t have a pet. He began his television career looking to become a sports producer, joining Nature as a production assistant 30 years ago and working his way up to series executive producer. He looks for ideas for nature films by perusing YouTube and bookstore aisles. “Animal Odd Couples,” a 2012 documentary that looked at how animals interact outside of their natural habitats, was inspired by viral web videos of unlikely animal friendships.

“For the most part, it’s happening in sanctuaries and zoos,” he said, referring to the relationships that develop between animals of different species, such as the bird and turtle depicted in the documentary. “It doesn’t take place in the wild. It all happens in a controlled situation, which changes the behavior of these animals. But clearly that hit a nerve with people.”

Among the 12 Emmys awarded to Nature is one for ‘My Life as a Turkey,’ about a man who spent two years living among gobblers.

“We did a show called ‘Love in the Animal Kingdom,’ which we never would have done 10 years ago,” Kaufman said. “I struggled with whether or not we could even call it “Love in the Animal Kingdom” because it’s such an anthropomorphic idea. Do animals love? Can they fall in love? I think some species can. . . . But a lot of what we had considered to be anthropomorphic thinking, we’re now realizing that’s the new trend.”

“My Bionic Pet,” which aired last month, looked at pets with prosthetics and the owners who refused to give up on them. “It asks if these animals can be what they’re meant to be if they have a prosthetic leg,” the executive producer said. “It’s provocative stuff. It’s interesting, and it’s where we want to take the series.”

Wherever Nature is going, viewers are following. WNET, the producing station, reports Nature has a national average household rating this season of 1.8, 13 percent higher than the PBS primetime average of 1.6. It ranks fourth among PBS series, trailing only Antiques Roadshow (2.7), Masterpiece (2.6) and American Experience (2.0).  During those weeks that Nature presents a film premiere, its household rating jumps to 2.1, or about 3.2 million viewers.

Ratings for Nature are almost exactly what they were when the show aired on Sundays, a night with considerably more viewers available. In 2010-11, its last full season on Sunday, it had a household rating of 1.8. Although more people watch TV on Sunday nights, Kaufman said, the competition is tougher, due particularly to special-event programs.

Kaufman believes the switch to Wednesday worked out well for PBS and viewers. “The numbers are up on Wednesday nights,” he said, “and Nature has been doing a good job of anchoring the night. Everyone is pleased with the crossover audience into Nova.”

Online, Nature boasts a robust website that allows viewers to stream full episodes and behind-the-scenes videos with filmmakers. On Facebook, it has more than 246,000 followers.

The show also has an opportunity to rekindle an old relationship with a valued production partner. More than a year ago, the BBC ended its long-term distribution deal with the Discovery network, forged in 1996.

“I don’t think we can participate with the BBC on everything,” Kaufman said, “but the big, epic series that normally would have just gone to Discovery are now up for negotiation and discussion. We’re excited about that opportunity that will let us see some of the big projects they have coming up.”

The courtship dance of the blue-footed booby (Sula nebouxii) was among the romantic animal behaviors documented in “Love in the Animal Kingdom.” (Photo © Tui De Roy/Naturepl.com)

Nature is already working with John Downer, a filmmaker hailed for Earthflight, a six-part series in which viewers saw all seven continents from cameras fitted to birds. “He’s perhaps the most innovative filmmaker today, and all of his projects have gone through the BBC to Discovery,” Kaufman said.

Downer perfected the “spy in the herd” technique in which he embeds cameras on model animals. A new Downer film, “The Gathering Swarms,” will be broadcast on Nature May 21. Another, “The Secret Life of Pets,” does not yet have a broadcast date.

“There will definitely be more, but it’s being discussed. There’s nothing firm at this point,” Kaufman said.

The new arrangement with the BBC takes Kaufman and Nature back to the future. Before the show premiered in 1982, PBS was just about the only buyer for BBC wildlife films, Kaufman said.

“There were these extraordinary natural-history shows just sitting on the shelf in England because nobody wanted them here,” he said. Nature began when George Page, then a program executive at WNET, bought the BBC’s three-part Flight of the Condor and several one-off episodes, and used them to launch the new series.

“The programming that we were buying was relatively inexpensive,” he said. “From the very beginning, the films were popular and well-received. There weren’t any growing pains.” There would be a shark show one week, a tiger show the next. Nature gave many viewers their first glimpse of the Galápagos Islands and Papua New Guinea.

Since then, the natural-history film business has changed. Producers who initiate films independently can rarely complete projects without negotiating distribution deals. As a result, Nature mostly partners with other broadcasters to invest in the films, giving Kaufman more clout in determining the subject matter and the approach to be taken.

“In the old days we were reactive,” he said. “We would sit back and wait to get pitched and then decide what to do. You can’t do that today and survive. You have to be proactive. So, for the last two decades, and especially now, we ask ourselves what’s working on air and how do we get that kind of style and subject matter.”

Individual films can cost anywhere from about $350,000 to more than $1 million. “My Bionic Pet,” on the low end, was fully funded by Nature. “It’s mostly American stories,” Kaufman said. “It’s not the kind of show that can travel globally, but it takes us directly to our audience, so we footed the entire bill. Anything that’s more than a half-million or $600,000, we need a co-producer.”

Despite the number of cable networks that launched and built audiences with nature films — such as Animal Planet, Discovery and National Geographic — Kaufman sees no real competition today. “They’re doing reality television,” he says. “Everybody has abandoned natural history.”

Those cable outlets that stayed with the genre, such as Nat Geo Wild, don’t have the same reach, Kaufman said. “Who’s watching it? It’s not a huge audience,” he said. “It’s not as if we’re sharing audience with them. And what they’re doing is different from what we’re doing.”

He points to the practice of putting a host at the center of a nature program, where he or she tries to heighten suspense. “We’ve not done anything like that,” he continued. “I think we’re the purest wildlife natural-history series on television.”

As a result, Nature’s biggest competitor this season might be Nova, which aired the miniseries Inside the Animal Minds last month.

“We actually did a film called ‘Inside the Animal Mind’ in the late ’90s,” Kaufman said. “I didn’t know about the Nova project.”