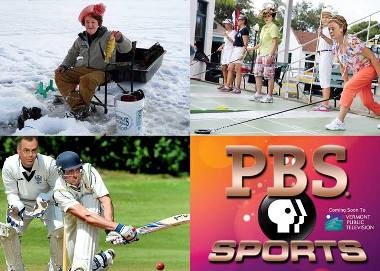 April 1 is a time for tomfoolery, and pubcasters are getting in on the fun with web-based jokes today.

There’s more animal behavior at the Public Radio Exchange, which today announced it will begin distributing Dog Talk, “a show by (and for) dogs,” with the help of  “a $600 grant from the Ivan G. and Ekaterina V. Sputnik Foundation.” The show, which consists entirely of dogs barking, “touches on topics such as global climate change, strange noises in hallways, and car doors.” Six episodes are available online.

And subscribers to the Pubradio email forum saw a link to a wild-sounding press release this morning: “Morning Edition, All Things Considered leave NPR, consider self-distribution.” But no need to panic; the release was a prank courtesy of Mike Arnold, Wisconsin Public Radio associate director. Playing off of This American Life‘s recent exit from Public Radio International, Arnold also “reported” that TAL host Ira Glass was considering acquiring the NPR programs to build “his own distribution empire” and may rename the shows This American Drive.

Meanwhile, the network of stations known as Radio Kansas since 1991 changed its name to “National Public Radio” today, in part because “there hasn’t been a National Public Radio since 2010,” GM Ken Baker said in the announcement, sent to the NPR A-Reps listserv. He added that the word “radio” is “extraordinarily powerful with the listening public, with streaming entities with no radio component at all (like Pandora) practically demanding that they be referred to as ‘radio.’ ”

And in Detroit, WRCJ featured a segment on a new local orchestra, the “Mixing Bowl Philharmonic.” Host Dave Wagner interviewed Maestro Langsam Schnell, who teaches his troupe of “ordinary” musicians to “feel” and “imagine” the notes they are playing. Listeners were treated to an interesting rendition of the “William Tell Overture” by Gioachino Rossini.

Is your station pulling an April Fools’ prank? Let us know at lapin@current.org.