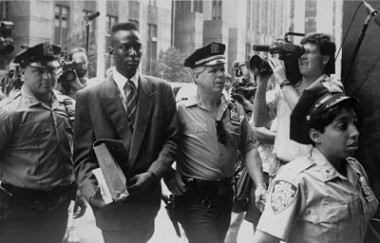 PBS’s Independent Lens was honored for three films: The Invisible War, about the epidemic of rape in the military; The House I Live In, an indictment of the war on drugs; and How to Survive a Plague, a history of the fight to raise awareness of the need for AIDS research in the 1980s. POV took two awards, for Best Kept Secret, about a public high school program for special-needs students, and The Law in These Parts, about the Israeli legal system governing the Palestinian territories.

PubTV stations WNET and WETA earned two awards each. New York’s WNET won for its Henry Louis Gates Jr. documentary miniseries The African Americans: Many Rivers to Cross and a Great Performances episode about the impact of Jews on Broadway musicals. Winners for Washington, D.C.’s WETA were The Central Park Five, co-directed by Ken Burns, and the documentary miniseries Latino Americans. South Carolina’s SCETV won for its cooking-documentary series A Chef’s Life, and WGBH’s Frontline won for “League of Denial: The NFL’s Concussion Crisis.”

And CPB’s American Graduate initiative won for its documentary 180 Days: A Year Inside an American High School, co-produced by the National Black Programming Consortium.

Reveal, a new investigative program from Public Radio Exchange and the nonprofit Center for Investigative Reporting, picked up a Peabody for its pilot episode, “The VA’s Opiate Overload.” Michele Norris’s “The Race Card Project,” a new website and series on Morning Edition asking people to share their thoughts on race in six words, picked up NPR’s sole award.

This American Life host Ira Glass and Peabody board member and former honoree Charlayne Hunter-Gault announced the Peabody honorees Wednesday on CBS This Morning. Glass’s show won a Peabody this year for its two-part coverage of Chicago’s Harper High School. Glass will host the Peabody ceremony in New York May 19, which will be broadcast on cable network Pivot TV.

The Peabodys are presented by the University of Georgia Grady School of Journalism for “excellence in television, radio and the Internet.”