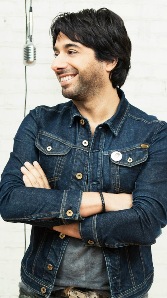 The Canadian Broadcasting Corp. suffered drastic cuts to its operations last week, but network officials say the reductions will not affect CBC shows carried by public radio stations in the U.S.

CBC and its French-language operation Radio-Canada announced Thursday that the organizations will trim their joint operating budget by 8 percent over the next two fiscal years. The $130 million reduction entails the loss of 657 jobs, primarily in the sports, technology, sales and media operations divisions, according to Chuck Thompson, spokesperson for CBC English Services.

The network cited several factors as motivating the cuts. Canada’s government, which supplies nearly $1 billion in annual appropriations to the broadcaster, reduced funding by 10 percent in 2012. And in November 2013, the CBC lost its lucrative National Hockey League broadcast rights, which brought the network $100 million in annual advertising revenue. Ad income is also down for all over-the-air Canadian TV channels.

The network’s shows carried in the U.S. will not suffer direct reductions to staff or operations, according to Thompson. The CBC distributes 12 programs to U.S. public radio. Five of those are through an agreement with Public Radio International: WireTap, Day 6 with Brent Bambury, As It Happens, Q with Jian Ghomeshi, and Q spinoff Q: The Music. PRI’s contract to distribute CBC programs was last renewed in July 2013 for three years.

The CBC also offers radio documentaries and programs such as Vinyl Café for U.S. distribution via Public Radio Exchange and self-distributes eight others direct to U.S. stations, including Under the Influence and The Sunday Edition. The distribution of those shows will not be interrupted, according to Leslie Peck, manager of international sales for CBC English Services. And the CBC is not anticipating changes to staffing of those shows, Thompson said.

However, the CBC will shutter several regional and provincial news operations and cancel planned expansions into other areas of Canada, compromising the broadcaster’s ability to fulfill its mandate to serve all Canadians.

“We’re in a place now where we will look to reimagine the CBC going forward in light of these cuts,” Thompson said. “There’s no question we have to do a big rethink.” The network may announce more cuts in the near future, Thompson said.

The network will create working groups to determine plans for operations. One option for boosting revenues would be to monetize the Hockey Night in Canada brand, which the CBC still owns despite losing rights to the NHL broadcasts that made up the program, Thompson said.

The changes have troubled CBC staffers, who are not in the habit of rallying listeners behind pubcasting, said Q host Ghomeshi.

“It’s been a difficult position for CBC employees and CBC on-air folks to negotiate, because there’s always a fear that we will seem self-serving or distracted or apocalyptic if we’re out there in public appealing for support,” Ghomeshi told Current. “I really feel like there hasn’t been a public effort — at least involving us, those who work at CBC — to galvanize, to crystallize that support for public broadcasting.”

Bucking that trend, Ghomeshi issued a call to arms in defense of Canadian pubcasting on Q’s Friday episode. The segment advocating for pubcasting wasn’t heard on the U.S. broadcast, which runs an hour shorter than the show’s Friday edition in Canada.

“If you do believe in public broadcasting, then maybe the time has come to assert yourselves, Canada,” Ghomeshi said to Canadian listeners. “And frankly, maybe it’s time for those of us who work here to do so, too.”

“Some of my colleagues [are] writing to me, saying, ‘Thank you, that was brave,’” he said. “What kind of environment are we living in where it’s brave now to actually put yourself out there and support public broadcasting?”

Unlike its U.S. counterparts, the CBC does not accept listener donations or hold pledge drives. Even with its recent troubles, Ghomeshi hopes the network doesn’t turn to listeners for financial support. “With respect, that would be buying into the American model — the worst-funded public broadcasting in the world,” he said.

Questions, comments, tips? lapin@current.org
Correction: The CBC distributes 12 radio programs to the U.S., five of which PRI manages. An earlier version of this story incorrectly stated that the CBC self-distributes a dozen programs in addition to PRI’s five. In addition, Leslie Peck commented only on international distribution of CBC programs, not on staffing levels. Thompson confirmed that the CBC has no plans to reduce staff on any of the radio programs it self-distributes to the U.S.
ShareTweet EmailPrint More