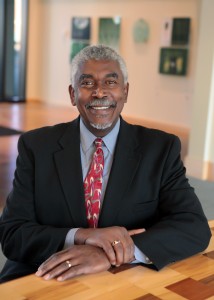 Goodwin, a longtime member and former trustee of Minnesota Public Radio, will be responsible for management and oversight of all financial operations for MPR, American Public Media, Classical South Florida and Southern California Public Radio. He has more than 30 years of experience in investment management, e-commerce, commercial and investment banking and nonprofit organizations.

Most recently he served as v.p. of finance and administration and CFO at the Amherst H. Wilder Foundation in St. Paul. His previous executive and financial leadership experience includes posts at Chase Manhattan Bank, Morgan Stanley and American Express Financial Advisors.

APMG CEO Jon McTaggart said Goodwin “joins us with deep passion and infectious enthusiasm for our ambitious plans to deepen our community impact, build our financial flexibility and expand our services to larger and more diverse audiences and his contributions to those areas will be instrumental to our success.”

Klose, who exited the post March 1, previously led RFE/RL from 1994–97, prior to his NPR presidency.

Klose returned to RFE/Radio Liberty in January 2013 at the request of the Broadcasting Board of Governors, the independent federal agency that oversees international broadcasting for civilian populations.

During his most recent tenure, he worked to bolster Radio Svoboda, RFE’s Russian Service, and strengthened multimedia platforms and programming. Most recently, he oversaw the Ukrainian Service’s protest coverage.

Klose has not disclosed his next move. “Having achieved what the BBG asked me to do, it’s time to move aside and take up the other part of my life,” he said in a statement, adding that he plans to work “as an independent person steeped in journalism in the pursuit of a wider public engagement of the importance of the work we and our colleagues in U.S. international media do.”

He is also a tenured professor at the Philip Merrill College of Journalism at the University of Maryland, where he served as dean from 2009–12. Klose led NPR from 1998 to 2008.

Domenico Montanaro, deputy political editor at NBC News for the past seven years, joins PBS NewsHour as its political editor/senior producer on March 17. Montanaro will oversee all domestic political coverage on air and online. He did the same for NBC, as well as reporting, writing and editing “First Read,” the network’s political blog, and contributing political analysis for Nightly News, MSNBC and local affiliates. Before joining NBC, Montanaro was an associate producer for CBS’s 48 Hours and worked in various associate producer positions at ABC News. He began his career as a reporter and editor of the Asbury Park Press in Neptune, N.J.

Broadcaster, educator and Kentucky Journalism Hall of Fame member Ferrell Wellman has retired from hosting Comment on Kentucky, the longest-running public affairs series on KET. “Over the last few months, I had been considering when would be a good time to leave the moderator’s chair,” Wellman said in the Feb. 21 announcement. “I’m a firm believer in leaving a position a little too early rather than a little late.” He also cited the need for extended physical therapy for a recent knee injury. Wellman made his first appearance on Comment on Kentucky in 1976 and took over as host in 2008; this year marks the 40th anniversary of the series. Bill Bryant, anchor/managing editor at WKYT in Lexington and host of the CBS station’s Kentucky Newsmakers, is acting as interim host.

The Programming Service for Public Television, which serves 22 PBS client stations across the country from its headquarters in Tampa, Fla., has hired Neal Hecker as programming v.p. Hecker previously served as chief content officer for WPBT in Miami. “I’ve worked with the Programming Service for a few years now,” Hecker said in the announcement, “and I’ve seen the value and broader experience it brings, working with the station on a local level.” He began his pubTV career in 1986 at WCNY in New York City, rising to the position of director of broadcasting and TV production before WPBT recruited him in 1998 as program manager. Hecker also served on the board of the Public Television Programmers Association, American Public Television’s Premium Service Advisory Board and PBS’s Development Advisory Committee.

WFYI Public Radio in Indianapolis has promoted Don Hibschweiler from afternoon announcer to local host of Morning Edition. “Don not only is an exceptional broadcaster,” said Roxanna Caldwell, station manager, “but also possesses a warm and genuine on-air presence — two attributes that are the hallmarks of a skilled public radio host.” Hibschweiler has more than 40 years of experience in broadcasting, including as assistant program director and on-air host for Susquehanna Radio Corporation’s GOLD 104.5. He’s also managed or worked on-air at stations in Lafayette, Ind., and in Detroit, Ann Arbor and Kalamazoo, Mich.

Alisa Joyce Barba is executive director of Inside Energy, the latest CPB-backed Local Journalism Center (LJC) and a collaborative project of pubmedia stations in Wyoming, Colorado and North Dakota. Previously, Barba was senior editor and special projects director at the Fronteras LJC. She also spent 12 years as Western bureau chief for NPR, specializing in border and immigration issues, and produced for ABC News in Beijing.

WGBH’s Carl and Ruth Shapiro Family National Center for Accessible Media has announced a change in leadership. Donna Danielewski is succeeding Larry Goldberg as the director of the center, a research and development facility that addresses barriers to media and emerging technologies for people with disabilities. Goldberg, who led the center for two decades, will move into a new position, director of community engagement. Danielewski has been with the center since 2008, managing and directing strategic partnerships and managing consulting services.

Shaunese Teamer has returned to public television as director of revenue and development for WYCC in Chicago. Teamer is responsible for managing all fundraising, underwriting, membership, marketing and special events. She previously managed community outreach and national publicity for Chicago’s WTTW from 1988 to 2010 and most recently served as executive director of the Lake County (Ill.) Chamber of Commerce.

Jill Britton is the new chief development officer of WTTW-TV and WFMT-FM in Chicago. She joined the dual-service pubcaster in 2006 as director of development for individual giving, advancing to v.p. of development in 2009 and s.v.p. in 2013. Britton has almost 20 years of experience in individual, foundation and corporate fundraising in the Chicago region, with more than a decade working in arts and culture. She previously served as associate director of organizational giving at the Art Institute of Chicago.

WGBH’s Sponsorship Group for Public Television (SGPTV) has selected Tim Coburn as national sales director. Coburn will identify, secure and retain national corporate sponsors for the group’s portfolio of national public television productions.  He most recently was a sales manager in the Boston office of Cox Reps, a television advertising representative firm.

The National Friends of Public Broadcasting, which supports volunteerism within the system, recently welcomed five trustees to its board: Reggie Burton, founder and owner of Reggie Burton Communications, a Las Vegas–based public relations firm; Mary Ann Johnson of NET Nebraska; Gloria Howell, volunteer services director at UNC-TV in Chapel Hill, N.C.; Ann Lundquist of WNET‘s Friends of Thirteen; and Dennis McDonald of KLRN in San Antonio. Chair of the organization is Dorothy Pacella, executive director of Friends of Thirteen.

James McNair, an investigative journalist specializing in business and finance, joins the Kentucky Center for Investigative Reporting this month. The center is a project of Louisville Public Media.

McNair has spent 29 years in journalism, mainly at the Miami Herald and the Cincinnati Enquirer.  Since 2007, McNair has worked as an independent researcher for hedge funds, combing through records, digging through corporate filings and assisting companies in analyzing financial health.

His first reporting job was with the Coalfield Progress newspaper in Norton, Va.; he joined the Cincinnati Enquirer as a senior business writer in 2001.