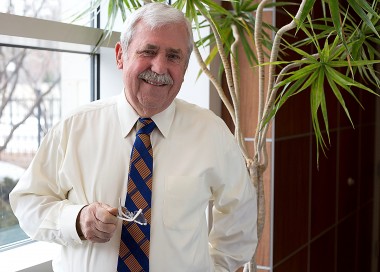 The Association of Public Television Stations (APTS) has new board leadership and five incoming members.

The changes were announced at its annual Public Media Summit Feb. 23 in Washington, D.C.

Robin Turnau, president of Vermont Public Radio, is the new board chair of the 70-member Eastern Region Public Media.

Veteran pubcasting exec Chet Tomczyk, currently managing Illinois stations WTVP-TV in Peoria and dual licensee WILL in Urbana in a unique collaborative agreement, this month announced his intention to retire — but he hasn’t yet set a date. Tomczyk has worked in pubcasting for nearly 50 years, beginning in 1965 as associate producer of The Week in Michigan, a weekly travel and outdoor show produced at WKAR-FM in East Lansing. He also produced and directed at WBEZ-FM in Chicago, and was part of the transition team that turned the educational station into an NPR affiliate. And he spent time at PBS and WXXI in Rochester, N.Y. “For as long as I can remember, someone was always harping on media being a negative influence on society,” Tomczyk said in the Feb. 13 announcement. “For just as long, I thought it could be a profoundly positive force. Thanks to public broadcasting, I am constantly being proved right.”

Jill Britton is the new chief development officer of WTTW-TV and WFMT-FM in Chicago. Britton joined the stations in 2006 as director of development for individual giving, advancing to v.p. of development in 2009 and s.v.p. in 2013. Britton has almost 20 years of experience in individual, foundation and corporate fundraising in the Chicago region with more than a decade working in arts and culture. She previously served as associate director of organizational giving at the Art Institute of Chicago.

Maura Daly Phinney is joining PBS SoCaL in Orange County, Calif., as v.p. of membership and on-air fundraising. Phinney spent the past eight years at KPBS in San Diego, with previous stints at PBS, WETA in Arlington, Va., and KQED in San Francisco.

Gabe Bullard of Louisville Public Media is the 2014 recipient of the Tim Emmons Memorial Mentoring Scholarship. Emmons, an influential radio programmer who mentored many public radio colleagues, co-created the Morning Edition Grad School workshops and advised many stations as a consultant for Strategic Programming Partners. The scholarship, established after his death in 2012, honors his legacy. “WFPL’s role in the community — as both a public radio station and as a news outlet — has been growing and changing,” Bullard said, “and I applied to get the best possible guidance, training and skills to steer the station into its future.” Consultants and MEGS co-creators Scott Williams and Peter Dominowski will mentor Bullard throughout 2014. Serving on the scholarship advisory committee was Craig Oliver of Craig Oliver Consulting, and Tamar Charney, p.d. of Michigan Radio.

Katelyn Polantz, who covered politics and the Supreme Court at PBS NewsHour, has joined National Law Journal in Washington, D.C., where she will report on legal business and law firms. A highlight of her NewsHour tenure: She helped cover the 2012 Republican and Democratic national conventions with the NewsHour’s HatCam, a hardhat fitted with a digital camera that provided livestream video and audio.

Matt Miller, host of KCRW’s Left, Right & Center, is taking a leave from the show and his Washington Post column to run for Congress, eyeing the seat of the retiring U.S. Rep. Henry Waxman (D-Calif.). America must “tackle huge challenges,” Miller said on the Feb. 14 show, “from the runaway costs of college and health care, to the threat of climate change, the shortage of good jobs and internationally lagging schools. This means embracing bold ideas — not career politicians who pretend to take action while changing little that matters.” Miller previously worked in government as a senior adviser in the Office of Management and Budget during the Clinton administration.

Zócalo Public Square, a digital platform presenting live events and humanities journalism, has hired Jia-Rui Cook as its national and science editor. Cook, a Harvard graduate with a master’s degree from Oxford, previously worked for NASA’s Jet Propulsion Laboratory as a media relations and science writer. Zócalo is a project of the Center for Social Cohesion at Arizona State University that has partnered with more than 100 outlets, including Time magazine and USA Today as well as public radio outlets KJZZ-FM in Tempe, Ariz., and KCRW in Santa Monica, Calif.

Ally Schweitzer, arts editor at Washington (D.C.) City Paper, is leaving the alt-weekly to join pubradio’s WAMU. One of her duties will be contributing to Bandwidth, the station’s digital project covering the region’s music scene through exclusive video performances, studio sessions, news and podcasts. The web platform, at bandwidth.wamu.org, launched last month.