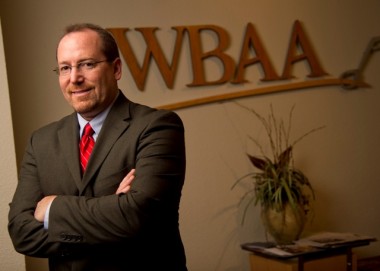 Joyce Slocum, chief administrative officer at NPR, takes over as president and c.e.o. of Texas Public Radio on Jan. 6.

Slocum, a Dallas native, will be only the third leader in the San Antonio–based station’s 30-year history.

Slocum served as NPR’s interim president and c.e.o. for nine months in 2011. She also worked as general counsel during her five-year tenure at the network.

“We will certainly miss her at NPR,” said Paul Haaga, NPR acting president, “but are thrilled she is staying in the public radio family.”

Just last month, the Public Radio Regional Organizations presented its annual PRRO Award to Slocum. The honor recognizes behind-the-scenes “heroes” who have helped advance the field of public media throughout their careers.

Slocum previously served as general counsel at HIT Entertainment, a children’s media company that distributes Barney & Friends and other PBS Kids titles, and as supervising attorney at Dallas-based 7-Eleven.

Alyce Myatt, media arts director for the National Endowment for the Arts and a former PBS executive, is leaving the NEA next month.

She joined the agency in January 2011 and broadened the pool of media arts grantees to include transmedia projects, app development and video gaming.

“I was given an extraordinary opportunity to expand federal support for the media arts to encompass every platform used by Americans to engage with art,” Myatt said in a statement. “It has been an incredible honor to do this work and to be with colleagues whose knowledge represents the depth and breadth of the arts in America.”

Previous to her NEA tenure, Myatt served as founding executive director of Grantmakers in Film + Electronic Media, the grantmakers association now known as Media Impact Funders. She has also worked as a programming v.p. at PBS.

Myatt will return to her consulting business, according to NEA.

The employees will leave NPR at the end of the year.

Seidel is the network’s managing editor for standards and practices. He worked for NPR as a freelance editor from 1996–98, then joined in December 1999 as senior editor of Weekend Edition Sunday after a year with Marketplace, where he was senior editor. He later worked as deputy managing editor for news. In 2011, Seidel led coverage from Japan of the earthquake and tsunami that hit the country.

Malesky, a librarian, worked for the network as an “administrative drudge” for two years, according to her bio on NPR’s website, then left to get a master’s degree in library science. She returned to the network in 1984 and joined its News Reference Library in 1990.

Carvin is a senior strategist on NPR’s social media desk. He joined the network in 2006 and later gained widespread recognition for his exhaustive coverage via Twitter of the Arab Spring. Carvin told Current that he has no definite plans for his time post-NPR, but wrote on his blog that he anticipates exploring “many exciting opportunities.”

This fall NPR offered buyouts to employees as it sought to reduce its workforce by 10 percent and balance its budget by fiscal year 2015.

Daphne Dowdy Jackson, v.p. of development at WPBT in Miami, will soon lead the OETA Foundation, the fundraising arm of OETA-The Oklahoma Network in Oklahoma City.

The appointment was announced by James Cook, chair of the OETA Foundation Board. Jackson starts her new job in January, succeeding President Robert Allen, who retires at the end of December.

At WPBT, Jackson oversees a development operation that raises about $9 million annually.

From 2004–12, Jackson was g.m. at Basin PBS in Midland, Texas. She led a successful capital campaign to secure a new home and brought the station out of debt while producing several award-winning public television programs, the announcement said.

Nicole Childers starts work Jan. 6 as senior producer of Marketplace Morning Report with David Brancaccio. Childers arrives at the American Public Media–distributed show from Fusion, a new joint venture of ABC and Univision, where she was a senior launch producer. She has previously worked as executive producer for the pubradio Michael Eric Dyson Show, chief content officer for Los Angeles Public Media and executive producer of NPR’s News & Notes.

Ben Allen is the new local Morning Edition host and reporter on WITF-FM in Harrisburg, Pa. Previously he worked at pubradio’s KOSU at Oklahoma State University in Stillwater, where he won awards from the Oklahoma chapter of the Society of Professional Journalists and for Fordham University’s WFUV-FM in New York.

Tom Hudson, former co-anchor for Nightly Business Report, has stepped into a new position of vice president of news at WLRN as part of an executive reorganization at the Miami pubcaster. Hudson joined WLRN earlier this year as a special correspondent, creator and host of The Sunshine Economy.  He left NBR early this year when the weeknightly show was acquired by CNBC. WLRN also reassigned Terence Shepherd, former assignment editor, and Alicia Zuckerman, senior editor for enterprise reporting, to run daily operations of its news collaboration with the Miami Herald. Shepherd will be news director, overseeing hard-news coverage; he joined the station in 2011 after nearly 14 years as the Herald’s business editor. Zuckerman arrived at WLRN in 2008 as co-creator of Under the Sun, an Edward R. Murrow Award–winning pubradio series about life in South Florida. Zuckerman served as interim news director for several months.

Mike Savage has taken over as g.m. at WBAA-FM in West Lafayette, Ind. Savage is a 20-year pubradio veteran who most recently ran WKCC-FM in Kankakee, Ill., where he secured NPR membership for the station, created local news and membership departments and launched a national version of its local blues show. At WBAA, Savage supervises the station’s nine-person staff and local on-air contributors. Savage replaces Tim Singleton, who retired in January.

Ele Ellis, former p.d. at Georgia Public Broadcasting’s WUGA in Athens, is now directing programming and managing all broadcast content for WKSU-FM in Kent, Ohio. Ellis began her pubradio career as a host at WNCW in Spindale, N.C., where she rose to p.d. while also hosting Goin’ Across the Mountain, a bluegrass show. She moved to Boise State Radio in Idaho in 2007 to become associate g.m./p.d., and accepted the WUGA post in August 2012.

P. Kim Bui, a senior producer for mobile content at KPCC, is joining the breaking-news team at Digital First Media’s Thunderdome in Los Angeles. The centralized news operation serves newspapers in the MediaNews Group and the Journal Register Company. Prior to KPCC, Bui worked in web journalism at the Kansas City Star, and for news startups such as The Loop 21, where she managed development and web operations. She’s also the co-founder of #wjchat, a weekly Twitter chat for web journalists, and among four incoming board members of the Online News Association. Bui joins the board of the Washington, D.C.–based digital-journalism advocacy organization next month.

Lori Bolding has joined KLRU-TV in Austin, Texas, as senior development v.p. She arrives at the station from a position as development v.p. at Texas Exes, the University of Texas alumni association, where she designed and implemented the university’s first full-ride, merit-based scholarship program. Bolding spearheaded the fundraising campaign that brought in $50 million for the project.

New England Public Radio recently added two new positions to its development department, both working out of the network’s studios in Amherst, Mass. Sara Lawrence is senior development officer. She previously worked as senior development officer at the Williston Northampton School in Easthampton, Mass. At NEPR, Lawrence will develop and manage a portfolio of major-gift and leadership Annual Fund prospects for the station. Beth Fox is working part time as the station’s corporate support associate, developing leads and setting appointments for the station’s corporate marketing representatives.

Arizona Public Media in Tucson has hired three development staffers. Mark Channell is associate director of development, assisting in major and estate gift development. He comes to AZPM from the University of Arizona Foundation, where he worked as a gift planning officer. Julie Ben-Yeoshua is the program coordinator for development and underwriting; her prior experience includes positions with the University of Arizona’s College of Medicine and the City of Tucson. And Sandra Riggins, former advertising manager with the Arizona Daily Star and Tucson Citizen newspapers, is underwriting consultant.

Send People items to sefton@current.org
This column was first published in Current, Dec. 9, 2013. It has been updated to reflect Andy Carvin’s acceptance of the NPR buyout.
ShareTweet EmailPrint More