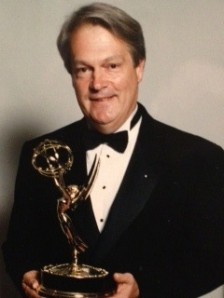 Bruce Franchini, a producer and director for San Francisco’s KQED-TV, died Nov. 13 of cancer. He was 69.

Franchini began volunteering at the station while a student at San Francisco State University and later interned for a year at the BBC in London, shadowing producers of Dr. Who. Back at KQED, he worked as a floor manager and production assistant before becoming a director. In the late 1960s and early 1970s, he was one of the first directors of KQED’s Newsroom.

He moved to Los Angeles to work for KCET in the mid-’70s and directed several national PBS programs, including episodes of Great Performances and Meeting of Minds. Franchini returned to San Francisco as a freelancer in 1984 and pursued his love of the arts by directing several concert telecasts and a documentary about the American Conservatory Theater. In the 1990s, Franchini lured actress Audrey Hepburn out of retirement to host the pubTV series Gardens of the World.

“He was very good at being the captain of the ship,” said Jim Scalem, a PBS producer and former KQED colleague of Franchini’s. “He was very cheerful and easy to get along with, and he really inspired people on his crews to do their best work.”

In addition to working with arts and gardening programming, later in life Franchini carved out a specialty in cooking and chef-focused TV. He won two Daytime Emmys for directing food programming, one in 1997 for Baking With Julia and one in 2000 for Julia & Jacques Cooking at Home.

“He had so many chapters in his life, and it’s funny how they paralleled the evolution of public television, too,” said pubTV producer Judy Flannery, who worked with Franchini at KQED and KCET. “Regardless of the subject matter, there was no question of his unique personal touch.”

Franchini married his partner of 27 years, concert pianist and composer John Bayless, shortly before his death. He is survived by Bayless, as well as a brother, Nick; a sister, Royann; and numerous cousins, nieces and nephews. A memorial service will be announced after the holidays.