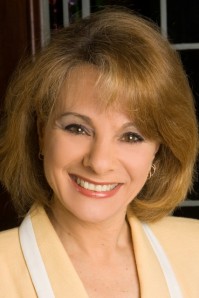 Krichels replaces Mark Erstling, who remains with CPB but is focusing solely on issues concerning the upcoming television-spectrum auctions and subsequent channel repacking.

In his new role, Krichels will oversee CPB’s efforts to ensure that public TV and its related digital and visual media services are universally available across America.

Krichels has more than 25 years of experience in pubcasting management, most recently as associate v.p. and g.m. of Penn State Public Broadcasting in University Park, Pa., and previously as chief executive of KBDI in Denver. Krichels currently directs PBS’s Sustainable Models Project, identifying successful public-service media models that can be replicated within the system.

Krichels has also served on the board of the Association of Public Television Stations, in numerous PBS and CPB task forces and as chair of the Editorial Integrity for Public Media project, a CPB-backed effort to create voluntary ethical guidelines for local stations.

His appointment was announced Oct. 3 during the CPB/PBS GM Strategy Meeting in Crystal City, Va.

John McCoskey, PBS’s head of technology for six years, has accepted a position as executive v.p. and chief technology officer at the Motion Picture Association of America.

He will develop and oversee the MPAA’s global technology policy as well as handle advocacy, legal, communications and content-protection initiatives. He reports to C.O.O. Diane Strahan.

At PBS, McCoskey was responsible for technology strategy, development, operations and infrastructure for PBS member stations. He was hired as PBS’s first tech chief in March 2007.

WXXI in Rochester, N.Y., promoted Elissa Orlando to lead its television and news operations in a reorganization announced Oct. 1.

The realignment, which took effect immediately, included promotions for four additional managers, and was intended to better position the station for the digital age, said President Norm Silverstein.

Orlando was promoted from v.p. for television to s.v.p., television and news, with oversight of television, radio and online news. She continues to manage programming and production for WXXI’s three television channels, and works with WXXI News Director Randy Gorbman to strengthen local coverage.

Two key development staffers also took on new responsibilities. Laura Garrison, assistant v.p. for individual giving, rose to v.p. for development, taking charge of events, auctions and membership in addition to major and planned giving. Kathy Reed moved up from director of major and planned giving to become assistant vice president. She will work with station leadership and board members to solicit gifts.

Marion French transitioned from assistant v.p. to v.p. for education. She began work at the station in 2001.

And George Walter, WXXI’s director of finance and information services since 1986, ascends to chief financial officer.

Ray Davis, host of an eponymous show on WAMU’s  Bluegrass Country channel, has retired after 65 years as a radio broadcaster.

Davis began his career at the age of 15 at WDOV-AM in Dover, Del.; for 38 years, he hosted a popular bluegrass program from WBMD in Baltimore.

In 1962, he began recording bluegrass musicians on his Wango Records label, producing “basement tapes” of notable musicians such as Carter and Ralph Stanley, Don Reno, Bill Harrell and many others. The recordings were produced from his home studio in Falling Waters, W.Va.

In 1985, he joined WAMU in Washington, D.C., as the host of Saturday Bluegrass. Until 2001, he shared hosting duties for the weekday afternoon program Bluegrass Country.

The latest release from the Portland-based “little orchestra,” as the group describes itself, is Get Happy. Listen for Shapiro singing on “Yo te quiero siempre” and Bass playing an interlude on “She Was Too Good To Me.”

The final recording of the late comedian Phyllis Diller is also on the disc; she died six months after recording “Smile.”

Howe is the longest-serving g.m. in the state network’s history. During his tenure, UNC-TV bolstered production of local programming, increased service to a 24-hour broadcast day, added the final two full-power transmitters to its 12-station network and expanded its audience to more than 4 million weekly viewers.

Howe has worked for 45 years in public television, including a decade as s.v.p. and manager at KCTS in Seattle, and in programming and production posts in New Mexico, Nebraska, Hawaii and California. He has supervised production of numerous award-winning programs, sharing credit for a national Emmy and a Peabody, and has been recognized for career achievements by the North Carolina Association of Broadcasters and the Board of Governors of the Nashville/Midsouth Chapter of the National Academy of Television Arts & Sciences.

Dillon was an investigative journalist and state reporter for two Vermont dailies, the Barre Montpelier Times Argus and Rutland Herald, before joining VPR. He also worked as a bureau chief for United Press International in Montpelier and as a staff reporter for columnist Jack Anderson in Washington, D.C. In 2008, he won a national Edward R. Murrow Award for his reporting on climate change.

Bodette previously worked in the newsroom of the Burlington Free Press. At VPR, she was on the editorial team that received a 2012 RTDNA Unity Award for “Vermont Reads: To Kill a Mockingbird.” Dillon and Bodette will oversee production of all broadcast and digital news as well as the station’s multiple social media news feeds.

Carmen Wong Ulrich, former host of CNBC’s On the Money, takes over those duties on Marketplace Money, American Public Media’s weekend personal finance program, starting Nov. 2. In addition to hosting the weekly show, she will blog at MarketplaceMoney.org and appear on the daily Marketplace and Marketplace Morning Report programs. Prior to hosting on CNBC, Ulrich co-owned an all-female financial planning firm and appeared frequently as a personal finance expert on numerous national network and cable outlets. She also edited Money magazine and authored Generation Debt: Take Control of Your Money (Business Plus), which addresses the psychological costs and benefits of financial choices.

The CBC/Radio-Canada has appointed Heather Conway as e.v.p. of English services, effective as of early December, to oversee all television, radio and online properties. She is currently chief business officer at the Art Gallery of Ontario and previously served in executive roles in the fields of public relations, finance and media: She was president of Edelman Public Relations, e.v.p. of TD Financial Group and special assistant to Canada’s minister of finance. “Heather, with her exceptionally broad experience and proven expertise and success in the business, government and cultural sectors, will be a great addition,” said Hubert Lacroix, president of CBC/Radio Canada. Conway replaces Kirstine Stewart, who is leaving to become managing director of Twitter Canada. CBC Radio programs including As It Happens, Day 6 and Q with Jian Ghomeshi are distributed to U.S. public radio stations by Public Radio International.

PBS NewsHour has hired Frank Bi as a news developer, a position that will bring more primary source reporting, interactivity and visualizations to online and broadcast content. In the past, Bi interned at the Chronicle of Higher Education, created interactive graphics for Minnesota Public Radio and reported for the Democrat and Chronicle in Rochester, N.Y. In his spare time, he edits the blog Gold & Gopher, a site dedicated to University of Minnesota athletics.

Milwaukee Public Television’s new manager of marketing and community engagement is Julie Hill Lehr, who is implementing a strategic communications plan, overseeing communications staff and serving as station spokesperson. During her career, Lehr has worked in print, web, radio and television. She was a marketing consultant at Columbia St. Mary’s, a local hospital, as well as manager of hospital networks programming and production for NBC Digital Health and the Wellness Network.

MPTV also recently restructured its staffing to establish a Creative Services Department, now managed by Thay Yang, who has coordinated creative services for nearly 14 years. Before arriving at MPTV in 2000, Yang headed the graphics department at the local CBS affiliate, and was a production coordinator at the local Fox station.