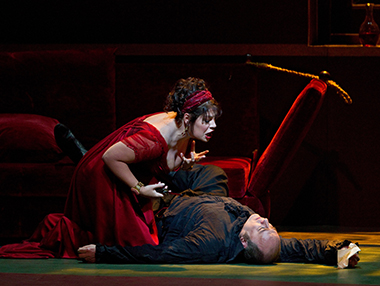 An outcry from listeners prompted WFIU-FM in Bloomington, Ind., to announce Aug. 13 that it would restore classical programming to its schedule, less than two months after taking much of the music off its airwaves.

In June the station unveiled a revamp of its program lineup that emphasized shows with broader appeal to listeners. The staff was  hoping to grow both audience and revenue, but the backlash “suggested that more of our audience is invested in the old schedule than we thought,” said Perry Metz, WFIU executive director.

“Whenever you make changes in an established radio schedule, you need to expect that there will be pushback from some of your listeners,” Metz said. “What was different here was that we heard from a large number of members who’d been with us 25, 30, even 35 years. That gets your attention. These are people who were and are invested in the station, financially and personally.”

WFIU heard from more than 300 unhappy listeners after changes took effect July 1. But only a few told Metz that they would stop donating because of the new program lineup, he said.

The Bloomington Herald-Times published multiple front-page articles about WFIU’s tumultuous summer. At the station’s quarterly public meeting in July, members of its community advisory board chastised station leaders for implementing the changes without consulting them.

The most controversial of the schedule changes was the removal of Saturday broadcasts of the Metropolitan Opera. The station, a joint licensee of Indiana University, has aired the Met since the 1950s, including full repeat performances when the live show takes time off.

“We needed to see what the listenership would do on Saturday afternoon if something other than opera were there,” said Will Murphy, WFIU operations director.

During a public meeting following the schedule change, critics of the Met cancellation said they were unaware that station staff kept track of how much money is donated during each program, according to Metz. WFIU had been miscommunicating with listeners who didn’t know how to indicate their love of the Met, he said.

In making their decisions, WFIU’s programmers did not have audience data to go on. The station stopped buying ratings information in 2010 when Arbitron implemented Portable People Meters in the market. The resulting data was less useful because WFIU’s audience was lumped in with listeners from the greater Indianapolis area, according to Program Director John Bailey.

But WFIU did examine trend data for stations in similar-sized markets, which showed audience declines for Met broadcasts. Listenership was also dropping off by as much as 80 percent among WFIU’s streaming audience during Met broadcasts, and listener donations during classical programs had declined as well. Murphy hoped the schedule changes would reverse those trends.

The limitations of Met broadcasts are also a significant hurdle, Murphy said. The Met requires stations to air operas in their entirety at 1 p.m. Saturdays, and they can’t be moved to other times. The programs change in length from week to week, creating scheduling inconsistencies.

Announcement of the schedule changes prompted some listeners to rally for reinstatement of Met broadcasts, with community advisory board member and Herald-Times music critic Peter Jacobi serving as their chief advocate. In interviews and newspaper columns, Jacobi lambasted the station’s schedule changes as “deplorable” and dismissed new programs such as NPR’s Ask Me Another and American Public Media’s Wits and The Dinner Party Download as “blab shows.”

“I listened to the first Saturday [of the new lineup]. I couldn’t believe what I was hearing,” Jacobi told Current. “There was a food show with a woman comedian talking about having sex with Prince, and there were bleeped-out words,” he said, referencing an episode of The Dinner Party Download.

The station also got flak for pulling American Public Media’s Pipedreams from its Monday-night slot. Indiana University has one of the country’s top-ranked pipe organ departments. Murphy “had no idea” of the pipe organ’s importance to Bloomington, he said.

WFIU had been unable to secure local underwriting for Pipedreams for several years. Some academic departments at Indiana University support WFIU with underwriting, but the music school does not. “We do periodically [ask them],” Metz said.

The revamped schedule also picked up Fresh Air Weekend and added Sunday repeats of This American Life and Wait Wait … Don’t Tell Me!, which already aired on Saturdays. On weekdays the station began broadcasting an extra hour of Morning Edition at 5 a.m., replacing the BBC Newshour in anticipation of a 30 percent hike in fees for stations carrying the BBC World Service. That scheduling switch remains in effect.

WFIU attempted to remove the Met from its schedule once before, in 1989, before Murphy or Metz worked at the station. The station also reversed its decision after listener outcry that time, which led to the creation of the community advisory board that same year.

Jacobi, one of the board’s original members, led the push to reinstate the Met in 1989 as well. Members of the board have no official term limits; their power is limited to making recommendations.

Even some Bloomington residents who don’t regularly listen to the Met told Murphy that WFIU should continue to air the performances as part of its mission to provide quality programming. But the opera’s contingent of vocal listeners poses a threat to the station’s longevity, Murphy said.

WFIU will move the new programs to an HD channel when it restores the Met and other canceled classical shows to its primary signal Oct. 5. Metz and Murphy briefly considered moving the Met to HD and keeping the new programs on their primary signal, but decided against it even after the Met granted them approval to do so.

“Some of our older members, they don’t have an HD radio, they don’t want another appliance of any kind, and they don’t believe audio over the Internet is of the same quality,” Metz said.

After WFIU announced that it would return to its older schedule, Jacobi wrote an email to station heads that said, “Thank God sanity has returned.”

“I realize that opera isn’t going to be the most popular thing on any station,” Jacobi told Current. “But this is a university station with a powerful school of music. . . . You strive to provide services for listeners of different kinds and different types, different tastes. And a three- or four-hour portion of the week, when the station’s on 24 hours a day, didn’t seem to me as an inordinate amount of time for opera.”

Jacobi will continue to offer a $15 matching donation for every donor gift made to Met broadcasts, in addition to his $40 annual membership fee and separate $1,000 contribution. Additionally, potential Pipedreams underwriters have surfaced as a result of the attention.

“If there’s one thing I’ve learned, it’s, ‘Get feedback before you launch another experiment,’” Murphy said. But, he added, “in a way I wouldn’t do things differently. Because of the controversy generated, I really had a chance to engage with listeners. . . . There have been two articles above the fold on the front page of the local paper about public radio. That’s awesome.”

4 thoughts on “Don’t mess with the Met: WFIU reverses course on weekend schedule”